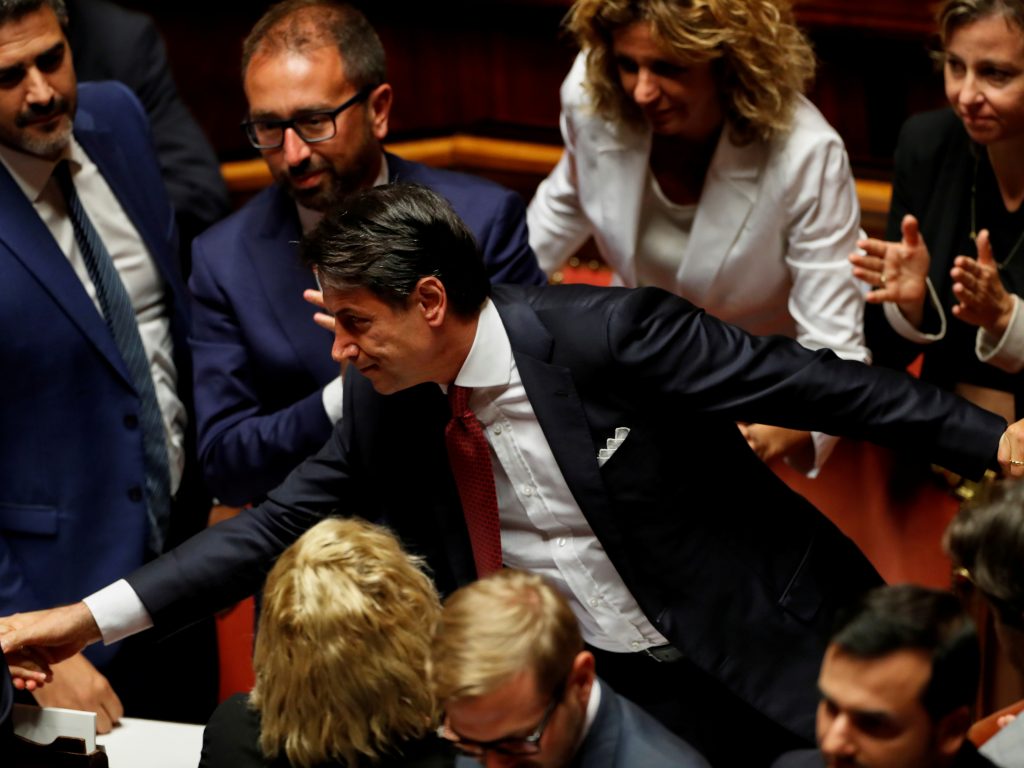 Italian Prime Minister Giuseppe Conte announced his resignation on August 20 just before his deputy prime minister, Matteo Salvini, was set to trigger a vote of no confidence in their government. Conte’s decision also spells the end for the alliance between his Five Star Movement and Salvini’s Lega (League) party, which formed the current government in June 2018.

Fissures in the unsteady alliance between the two parties emerged in August when Salvini, who also serves as interior minister, called for snap electionsfollowing a dispute between the two governing parties over plans for a new high-speed rail line between Turin and the French city of Lyon. The results of the European elections in May also stressed the partnership, as Salvini’s League performed nearly seventeen points better than the Five Star Movement, despite being the junior coalition partner. The League continues to lead opinion polls and could unseat their coalition partners if new elections were held.

“Salvini had hoped to precipitate a government collapse to capitalize on his increased popularity (Lega support has doubled since it joined the coalition as a junior partner). But he didn’t expect Conte to resign before the vote of confidence,” Benjamin Haddad, director of the Atlantic Council’s Future Europe Initiative said.

Emphasizing that the Five Star-Lega alliance has ended, Conte said that with his resignation the government “stops here.” Conte added that new elections“will probably be held in the autumn,” but warned that the country will now have “a provisional government [which] will make us weak with our EU partners.”

While early elections could still occur, this decision now lies with Italy’s president, Sergio Mattarella, who could accede to a new poll or ask parties to try to form a different government. One potential solution would partner the Five Star Movement with the center-left Democratic Party, which governed Italy before the 2018 election.

“The timing of this crisis is worrisome,” Andrea Montanino, a nonresident senior fellow in the Atlantic Council’s Global Business and Economics Program and chief economist for Confindustria said. “It arrives at a critical juncture for Europe amid the risk of recession in Germany and the formation of the new European Commission, and could contribute to the deterioration of confidence in the Eurozone,” Montanino noted.

The government collapse occurs right before “the budget season that should start in late September with the presentation of the targets for the deficit-to-gross domestic product ratio,” Montanino said. Budget negotiations have become particularly important as Rome has battled with European Union (EU) authorities in Brussels over Italy’s growing fiscal deficit.

The chaos in Italy will mean that “the Italian fiscal situation [will be] a key concern for policy makers in Brussels again, alongside Brexit,” Bart Oosterveld, director of the Atlantic Council’s Global Business and Economics Program and C. Boyden Gray fellow on global finance and growth noted. While a caretaker government may be easier for Brussels to deal with, a new election could occur in “the second half of October, with a coalition forming during the critical budget season,” Oosterveld explained.

Should the Five Star Movement be able to form a new coalition with the Democratic Party, “it would be welcomed with some caution by other EU leaders who might see it an opportunity to avoid a showdown over Italy’s budget,” Haddad argued. “But,” he warned, “such a government would live with a constant sword of Damocles with the popular Lega in the opposition.”

With Salvini’s party leading big in opinion polls, a new election could mean that “Western Europe might see the first far-right government in power since the end of [Francisco] Franco’s dictatorship in Spain, in a founding member of the EU no less,” Haddad said.

“Italy is going to be the main headache for the EU in the years to come,” Haddad added. “And an early challenge for the new commission.”