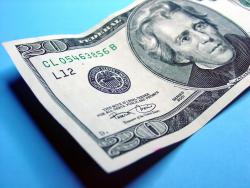 It will be a while before that dollar’s status as the world’s reserve currency is seriously challenged, but that day may be a tad closer than many imagine. When the Governor of China’s Central Bank, Zhou Xiaochun, suggested moving from the dollar to a new world currency, it was a cost-free idea that Beijing knew had little chance of happening anytime soon, but sent a clear message to Washington. Nor did China and other emerging economies at the G20 meeting in London expect results when they raised the issue. But the challenge to the dollar may be just one aspect of a broader challenge to U.S. definitions of how the international economic system works, if not to capitalism as we have known it.

China, with nearly $3 trillion in foreign reserves, more than half in dollar assets, is frustrated and looking to an alternative future, one where perhaps by 2025 or so, the Yuan becomes a major international currency and Shanghai, as China has proclaimed, may become a major global financial center. To get there it will have to first make the Yuan a convertible currency. And so far it is only toying at the margins with the idea.

China’s dilemma is a delightful illustration of just how interdependent we are; or it could be argued how much China feels stuck in a dollar trap. China would like to move as far from the dollar as possible or at least pressure Washington to get its house in order. But there is no near-term alternative to pursue that would not lead to China losing billions. So for the near-term, it is taking incremental steps: $95 billion in currency swaps with eight countries in order to avoid using dollars for trade; doubling its gold reserves. But that still leaves roughly $1.5 trillion in dollars.

Capitalism After the Crisis

But efforts in the G20 and elsewhere to challenge the dollar have sparked a debate about the future. Fred Bergsten, of the Peterson Institute for International Economics, among others, argue there may be some logic to swapping dollar balances for SDRs (the IMF’s reserve currency based on a basket of currencies).

It may be that the unusually confrontational public manner in which China has questioned the dollar is part of a larger shift resulting from the global economic crisis. Well before the world economy tanked, a broad trend saw a shift in wealth from West to East, to booming gulf energy producers and Asian economies. And well before the current economic meltdown, a trend toward state-managed capitalism, particularly among resource wealthy states (e.g. Russia, Venezuela, Saudi Arabia) was evident. This was outlined in the National Intelligence Council’s “Global Trends 2025” report.

But before the crisis, many polls showed that even countries that were not favorably disposed toward the U.S. tended to admire our technological innovation and financial acumen. But the crisis has called Wall Street’s competence into question. When the beacon of free-market capitalism is asserting state intervention in major banks, insurance firms and even auto companies – however temporarily – more widespread doubts about the virtues of the Western model arise in many emerging market nations.

This trend is elucidated well by Ian Bremmer in a thoughtful, if troubling essay in the May-June issue of Foreign Affairs.  He argues that, “These trends are reshaping international politics and the global economy by transferring increasingly large levers of economic power and influence to the central authority of the state.” He defines this phenomenon not just as one of state-owned companies in resource sectors, such as Russia’s Gazprom or Saudi ARAMCO, which now dominate the world oil industry, but also of Sovereign Wealth Funds, and channeling financial resources to create “national champion” industries.

Bremmer laments this growing tendency as having introduced “massive inefficiencies into global markets and injected populist politics into economic decision-making.” He argues that this phenomenon is likely to hold back growth due to bureaucratic waste, inefficiency and corruption that ironically may make it more difficult to dig out of the current economic morass. He also notes that protectionist trends are a reinforcing part of this economic worldview.

Where does this all lead? Bremmer conjectures that over time state capitalism will not provide sustainable economic growth and prove to be a limited trend. But in part, I suspect the degree to which the U.S. succeeds in digging out from its newfound economic involvement, creates a new template of regulation and transparency that puts the financial sector on a sound path and boosts free trade will play no small role in shaping the pace and scope of renewed respect for markets.

Regardless of the fate of the dollar as a reserve currency or the relative decline of U.S. influence, it would make a significant difference if the pendulum swings back toward a healthy respect for market forces (however regulated) in the workings of the global economy. If this becomes more the norm, it will be more likely to underpin peace and prosperity and foster the sort of cooperation necessary to address the growing agenda of transnational problems continuing to fester. Such an outcome, however, is the best case scenario.

Few are predicting that our current economic situation, the worst economic downturn since the Great Depression, will produce the sort of world the 1930s wrought. But it is not reassuring to ponder what path current trends of state managed capitalism and resource nationalism might lead to if projected a generation hence. Hanging in the balance is the future of the global trade and financial system and prospective patterns of conflict or cooperation.

Robert Manning is a senior advisor to the Atlantic Council.  The views expressed here are solely his own, not those of any U.S. government agency.  Photo by Flickr user Darren Hester, used under Creative Commons license.