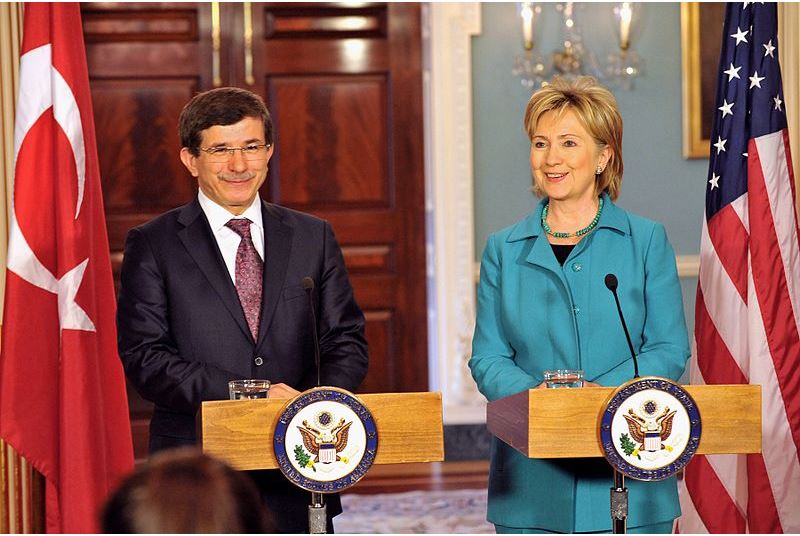 Turkey’s ruling Justice and Development Party (AKP) has designated Foreign Minister Ahmet Davutoglu to be its new leader and the country’s 26th prime minister when current Prime Minister Recep Tayyip Erdogan is inaugurated as president next week. Davutoğlu will become the third prime minister to hail from the ranks of the AKP since it first came to power in 2002.

Erdoğan’s selection of Davutoğlu stems from a relationship based on mutual trust between the two men. Davutoğlu continued to support Erdoğan in his most difficult days, most notably during last summer’s Gezi Park protests, the corruption scandal that erupted in December, and Erdogan’s fight against the movement led by Pennsylvania-based Islamic preacher Fethullah Gülen. Furthermore, Davutoğlu is generally regarded as having the same policy vision as Erdogan, which is especially important given indications by Erdogan that he hopes to run Turkey by employing rarely used powers of the presidency and transforming that post into a more powerful executive office. If the AKP wins the 2015 general elections, Davutoğlu and Erdoğan will work together until at least 2019.

In announcing the selection of Davutoglu, Erdoğan said he was chosen for his “determination to fight the ‘parallel state”, i.e. the followers of Gülen. The preacher once was a supporter of AKP, but became its priority target after Erdoğan’s team alleged his involvement with Turkey’s bureaucracy–mostly its police and judiciary–in trying to overthrow Erdoğan.

After his designation yesterday, Davutoğlu said: “The movement of the AKP was not the product of a certain context. It is a movement rooted in a state tradition that walks to the future, and our president is our leader”, and added that neither the “parallel state” nor any other force could stop this march.

Another mission for Davutoğlu as prime minister will be to advance the peace process with Turkey’s Kurdish minority. Davutoğlu’s most important task, however, is to secure a victory for the AKP in the 2015 general elections. The AKP must win a two-thirds majority in Turkey’s 550-member parliament to directly amend the constitution and transform Turkey’s parliamentary system into a presidential one. Another option is to secure at least 330 seats to hold a referendum that will enable a change of the constitution. Davutoğlu will be tasked with creating the ideological foundations of the AKP’s vision for a “New Turkey” and with working on the drafting of a new constitution.

Davutoğlu’s book, Strategic Depth, laid the foundations for his foreign policy vision of “zero problems with neighbors” strategy, which has been defined by “soft-power strategies”, “multi-dimensional foreign policy” and “proactive and preventive peace diplomacy”. Davutoglu’s objective has been to transform Turkey into not only a regional power, but a world power as well, and “to win friends and influence by maximizing Turkey’s strategic position, its historical connections to its many diverse neighborhoods, cultural links and economic wellbeing.” To transform Turkey into a world power, Davutoğlu has also aimed for Turkey to play the role of mediator in Middle East conflicts. This policy was often criticized by academics and observers as a neo-Ottoman promotion of “pan-Islamism” to restore Turkish influence throughout the former Ottoman Empire.

Arab uprisings, however, undermined this policy. Turkey found itself surrounded by crises that strained relations with Iraq, Syria, Israel, and Egypt. In Syria, Turkey has been accused by some international observers of backing Al-Qaeda linked opposition groups in an effort to quickly overthrow the Assad regime and establish control over the Kurdish group (the Democratic Union Party, or PYD) of northern Syria, which is linked to Turkey’s Kurdistan Worker’s Party, or PKK. On the other hand, Turkey has made extraordinary efforts to help Syrian refugees, having spent more than $1 billion on relief projects in 2012, aimed mainly at Syrians uprooted by their country’s war.

The coup in Egypt disrupted Turkey’s close cooperation with Cairo and strained ties with the Arab Gulf monarchies. Relations with former Iraqi Prime Minister Nouri al-Maliki soured after Turkey sheltered Iraq’s fugitive vice-president, Tariq al-Hashimi, in 2012, and conducted oil deals with Iraq’s Kurdistan Regional Government. Turkey’s policies on Syria and Egypt gave rise to an image of the AKP as “a pan-Sunni Islamist force intent on empowering the Muslim Brotherhood,” according to analysts with the Washington-based firm Country Risk Solutions.

On top of all these issues, the seizure of Turkey’s Mosul Consulate by ISIS fighters in June, and their detention of its workers as hostages, create a new difficulty for Davutoğlu and his successor.

Although Turkey has gone from “zero problems” to “zero friends” in the Middle East, it was Davutoğlu’s strategic vision that makes it possible today even to discuss a Turkish foreign policy toward the Middle East, a vast and strategic neighboring region that was neglected by Turkey until the AKP came to power.

Several journalists close to the government think that Hakan Fidan, the current chief of Turkish intelligence could be appointed deputy prime minister and made responsible for the National Intelligence Organization (MIT) and the Foreign Ministry. Other rumored names include Culture and Tourism Minister Ömer Çelik, European Affairs Minister Mevlüt Çavuşoğlu, and the AKP’s deputy chairman, Numan Kurtulmuş.

After a career as a professor of international relations, Davutoğlu has served the AKP since 2002, first as an adviser to Prime Ministers Abdullah Gul and Recep Tayyip Erdogan. He has been foreign minister for the past five years. In 2012, he was listed by Time magazine among the most influential people of the year. In her memoir, “Hard Choices,” former US Secretary of State Hillary Clinton described Davutoğlu as “a person who brought passion and wisdom to his post.” Davutoğlu is married to Sare Davutoğlu, a gynecologist and anti-abortion activist and is a father of four children. He speaks English, German and Arabic.

Pinar Dost-Niyego is the assistant director, and Orhan Taner is the director, of the Atlantic Council’s Istanbul office and of the Council’s annual Energy & Economic Summit in Istanbul.

Orhan Taner is the Istanbul-based director of the Atlantic Council Energy & Economic Summit.