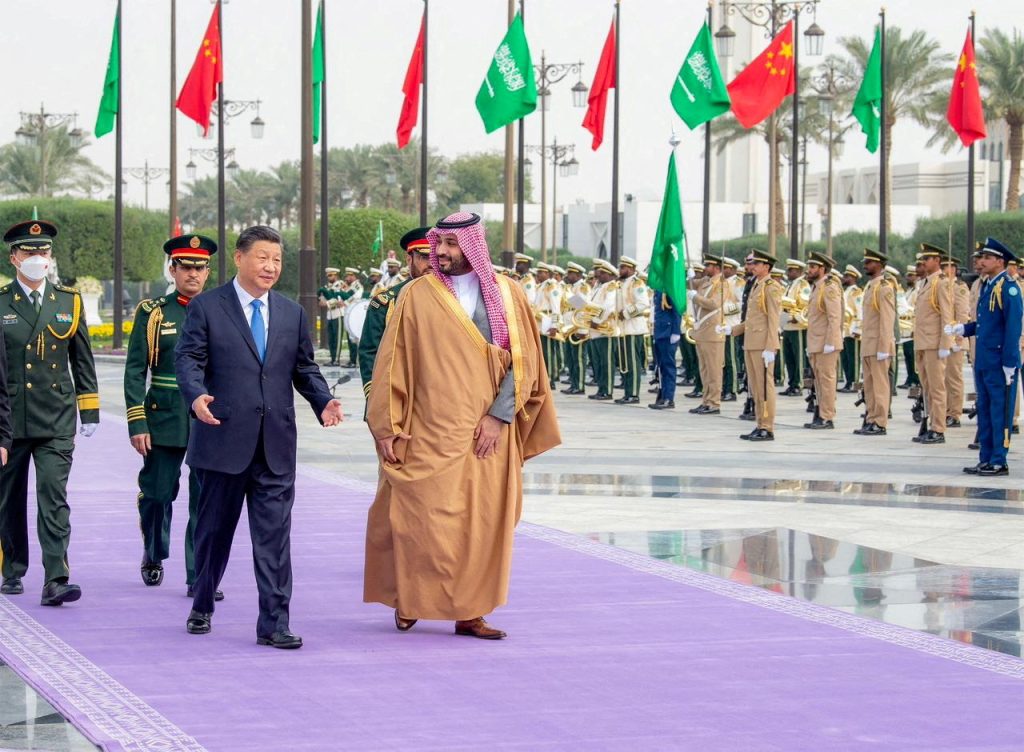 China Deepens Arab Ties. In what was billed as the “largest and highest-level diplomatic event” between China and the Arab world since the founding of the People’s Republic, Chinese President Xi Jinping received a grand welcome in Riyadh, where he arrived for a series of summit meetings with Arab and Gulf leaders. Xi joined Saudi crown prince Muhammad bin Salman in signing a “comprehensive strategic partnership” agreement, and new technology agreements, including one involving Huawei. Beijing also pledged to increase oil purchases, while calling for future payments to be settled using the Chinese yuan rather than the US dollar.

Zelensky Goes to Washington. Leaving Ukraine for the first time since Russia’s invasion last February, Ukrainian president Volodymyr Zelensky traveled to Washington, meeting with President Biden at the White House and delivering a rousing address to a joint session of Congress. Zelensky’s visit, amid concerns that change in congressional control might lead to reduced aid, was followed by a US announcement that it would provide the highly sophisticated Patriot missile system, as part of a nearly $2 billion security assistance package for Ukraine. Increased support for the country’s air defenses comes as Russia continued its barrages of missile and drone attacks.

Biden Hosts Africa Summit. Forty-five African heads of state joined President Biden in Washington for the US-Africa Leaders Summit, with discussions focused on climate change, public health, and food security. The White House pledged $55 billion in investments in African and announced new initiatives to grow two-way trade and investment, as well as bolster African health systems and technological innovation. The summit excluded the leaders of four nations who took power in military coups, and Biden separately hosted a session with a select group of democratic leaders to highlight US support for free and fair elections across the continent.

“[S]haring democratic values and systems will help us define joint priorities and achieve common goals… [I]t makes a huge difference whether capitalism is organized in a liberal, democratic way or along authoritarian lines.”