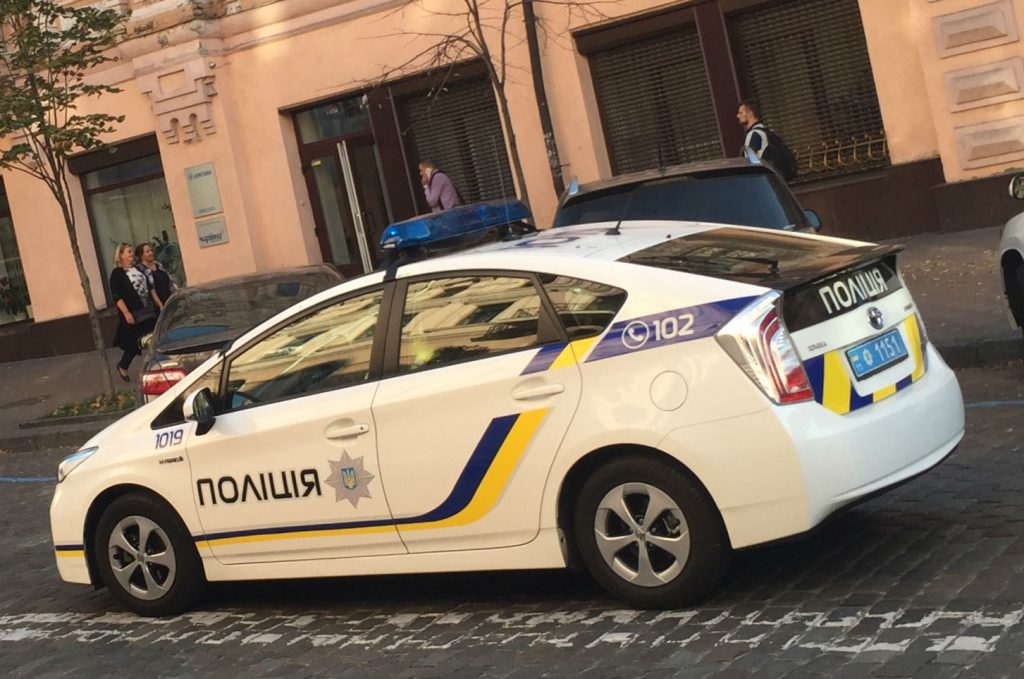 Almost two years after the Euromaidan demonstrations began, most Ukrainians agree that the pace of reforms has been largely disappointing. While many former civil-society activists hold key positions in the government and parliament, corruption continues to plague the country and state institutions cannot provide basic services.

Amid the skepticism, one area where there is agreement that positive change has taken place is the new patrol police in Ukraine’s major cities, including Kyiv. This bright spot comes largely thanks to an influx of former Georgian officials renown for similar achievements in their country.

Eka Zguladze is one of these advisers. Together with external donors, mainly the United States, the European Union, and Japan, she set up new police units in six month by hiring thousands of young men and women to patrol the streets on foot and by vehicle. Zguladze was deputy minister of interior under former Georgian President Mikheil Saakashvili.

In September, I shadowed two patrol police officers recruited two-and-a-half months ago—”Serhiy” and “Iryna” —in Kyiv. Both were among the 2,200 new patrol officers recruited in the capital this year. Aside from a few dozen, none had previous experience in law enforcement.

Iryna, 22, has a master’s degree in agriculture and previously worked as a waitress at a café on Khreschatyk Street. As the anti-government demonstrations spread in November 2013, she talked to many protestors and journalists who came into the café for warm drinks. They impressed her with their dedication to change.

During the patrol, Serhiy and Iryna spent the bulk of their time addressing ordinary issues: telling people who smoked cigarettes in places where it isn’t permitted to stop, moving the homeless out of public areas, and writing up illegally parked cars. On several occasions, local tourists asked for directions.

When asked about how they relate to the old militsiya—the post-Soviet militarized police that is still intact— they have different views. Iryna said that they have considerable experience and she sometimes asks for help when in doubt.

Serhiy, 23, is more skeptical. He said that the new government’s effort to change how the old militsya treats people motivated him to join. As a young man, the militisya declined to respond to his aunt’s call; a man had been beaten in her yard. The militsya told his aunt that “losers don’t deserve protection.”

With the creation of patrol police, the state’s reach is omnipresent across Kyiv. The patrol police drive energy-efficient Toyota Priuses.

The state’s new face is young, educated, and polite. It is the ultimate expression of a “civil” state serving the people. At times too polite, Artem Myrgorodsky with the NGO coalition Reanimation Package of Reforms told me. Myrgorodsky argues that the public wants to see lawbreakers punished.

Each time Serhiy and Iryna interacted with people on the streets, they left them in better spirits. They used “please” abundantly and often finished conversations with “Have a nice day.” They spoke calmly, even in the face of aggressive suspects.

A man, possibly in his thirties and dressed in dirty clothes, shouted “Heil, Hitler” at them. He demanded that the old militsiya be returned to the streets. He didn’t stop shouting at Iryna’s warning that he was being recorded on her body camera and that this might serve as evidence against him.

Iryna said that the patrol police are trained to behave differently toward the public when in uniform versus how they might act off-duty.

Both carry nightsticks and loaded handguns, which they hope they will never need to use.

Yet behind this gentle, modern façade is the same old decrepit system of corrupt courts and prosecutors. Patrol police may capture criminals, only to find they were later released by militsya detention units.

The simultaneous existence of the new police and old militsiya “creates a dissonance” between the two, Oleksandr Banchuk from the Center of Policy and Legal Reform observed.

Serhiy admitted that this clash with the old system doesn’t stop him from performing his duties. But it does make him doubt the meaning of his work.

Serhiy and Iryna estimate that about 20 percent of Kyiv’s new police officers took part in the Euromaidan demonstrations and sought these posts to continue their struggle for a better country.

So far, the public has welcomed the new recruits. According to a Ratingpro poll, 82 percent of Kyiv residents support the patrol police. The new officers are frequently approached by people asking to take selfies with them.

The Georgian model of police reform has become the go-to example of successful change in the post-Soviet space. Everywhere I go to research police reform—from Ukraine to Mongolia—it is cited as the way to proceed.

But the Georgian approach is not without its critics. While remaking the police and expanding its reach across the country, Saakashvili’s government failed to establish transparent oversight over the Interior Ministry, which spied on the political opposition.

Although it is too early to tell if Ukraine’s new police will develop similar autocratic tendencies, several civil-society activists have expressed concern that they were not part of the reform process.

Building a new police division is costly, and further reform of the Interior Ministry will require more funds. Just this year, the United States put $15 million toward the effort, with another $5 million from the EU. Japan donated the patrol cars.

The new force is diverse. Some 30 percent of the new force are women, one of world’s highest rates. Whether this translates to greater respect for female officers is yet to be seen.

Serhiy, for instance, said he prefers to see fewer women in the police because they tend to be guided by their emotions, “while men are more analytical.” As an example, he cited a family dispute case where his female partner sided with the wife, while he thought that the husband was the victim of abuse.

But Iryna sees advantages in having female officers on the streets. She said that she is often better able to deescalate situations than male officers. For instance, when a group of young men are loud and drunk in public, they don’t see her as a threat and often follow her advice to move into a nightclub or private space.

“I think that 70 percent to 80 percent of all disputes can be solved through talking,” she said.

Erica Marat is Assistant Professor at the College of International Security Affairs of the National Defense University.