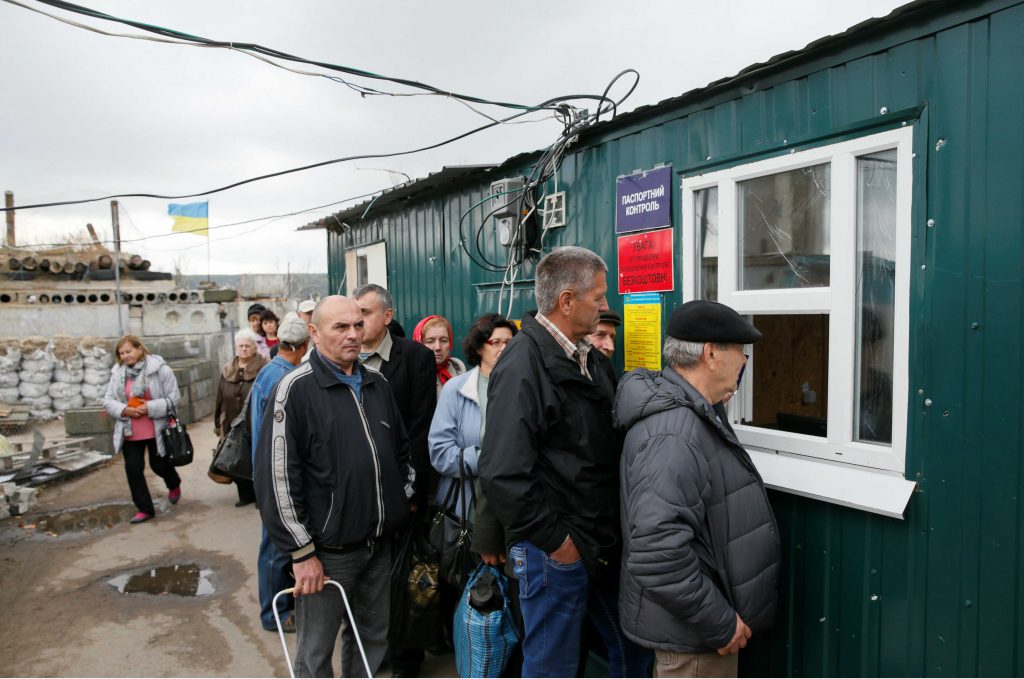 Russian aggression is not likely to go away soon. As a result, Ukraine needs to revise the current framework guiding its economic disengagement from the occupied regions of the Donbas and Crimea. Economic disengagement limits the risks of financing terrorism with money coming from mainland Ukraine, and makes sure that the occupied areas of Donbas don’t turn into an economic grey zone and center of smuggling. It is also important to counter the Kremlin’s policy, which seeks to preserve control over the occupied areas of the Donbas without taking any economic responsibility for the region.

Disengaging from the occupied areas of the Donbas will be complicated; prior to Russia’s aggression, the region generated 16 percent of the country’s GDP. Despite the overall ban on Ukrainian business relations with the region, there are a number of important exemptions. The most notable is trade in coal. After Russia’s aggression began in the Donbas, Ukraine lost all sixty of its mines producing anthracite, the energy-grade coal used in 45 percent of the country’s fossil fuel power plants. Dependence on coal from the occupied areas of the Donbas overshadows Ukraine’s significant successes in decreasing its reliance on Russia’s natural gas and nuclear fuel. With the goal of lowering its need for such coal supplies, the government has been working to diversify coal imports since late 2014 and looking for opportunities to shift power plants from anthracite to gas-grade coal. In preparation for the 2016-2017 heating season, the government announced plans to increase nuclear power plants’ role in producing electricity for Ukraine. However, actual progress in these areas is yet to be seen.

Meanwhile, Ukraine purchased anthracite from the occupied areas of the Donbas and Russia to prevent power cutoffs in the 2015 heating season. Predictably, Russia was quick to use the deal as leverage over Ukraine. Following activists’ efforts to blockade Crimea in December 2015, Russia suspended coal exports to Ukraine and prevented anthracite from arriving from the Donbas. If Ukraine were to stop such purchases, Russia would face an influx of coal from the Donbas that would compete with coal from its own mines. The continued operation of mines in the occupied areas of the Donbas also discourages coal miners from taking an active stand in the conflict; they have been mostly uninvolved in the present conflict, unlike the active role they played in the 1990s.

Although the coal purchased by Ukraine can come only from mines which have reregistered in mainland Ukraine and received the necessary approvals, the risks of financing terrorists have not been eliminated. There are reports of difficulties in verifying the origin of coal shipments, as well as of separatists forcing mine owners to put militants on their payrolls. Miners’ wages are another problem, as Ukrainian banks stopped operating in the area after they lost cash-carrying vehicles to separatists in 2014 and saw numerous banks robbed and destroyed. In order to get cash from ATMs, miners must now travel to mainland Ukraine, making them an easy target for separatist militants.

Another controversial example of continued economic relations with the occupied areas of the Donbas and Crimea is the ongoing supply of power to industrial plants, especially those producing dual use goods. The Crimea Titan plant, which produces titanium for the Russian market and for export, is a good example. At the same time, Ukraine has taken important steps to disengage from gas supplies. These supply needs were taken up by Gazprom, increasing the cost of the occupation to Russia. It is important for Ukraine to hold the line on this issue and learn from the mistakes made by other countries with frozen conflicts, like Moldova, where separatist areas received gas from Gazprom.

Ukraine has chosen to continue supplying water and power to the occupied areas of the Donbas and Crimea, mostly for humanitarian reasons. In agreements with the Minsk Contact Group, Kyiv needs to emphasize the issue of non-payment for power and water by the separatist-controlled areas, as well as the damage to the infrastructure and environment, coming from shelling and neglect. Ukraine has taken a similar stance on maintaining water and power supplies to Crimea.

However, Russia has demonstrated no interest in maintaining supplies, while at the same time offering no viable alternative to the people of Crimea. After its illegal annexation, the occupation authorities have stopped servicing the channel supplying Dnipro water from Ukraine’s mainland to Crimea. The closure of the channel caused water consumption in Crimea to fall, practically ruining the peninsula’s agriculture and husbandry sectors and complicating living conditions in the northern and western parts of the region. Without the channel, the area could become practically uninhabited, as it was before the channel was built in 1963. This approach is in line with Russia’s attempts to turn Crimea into a military center while ignoring its other economic sectors. Northern and western Crimea have historically supported Ukraine, most notably in 1992 when the region’s mayors opposed the Crimean parliament’s initiative to consider succeeding from Ukraine.

The regulatory framework of economic relations with Crimea also needs to be revised. In particular, the law deeming Crimea a special economic zone should be repealed. The law was approved after the region’s illegal annexation, and envisaged continued business ties with the peninsula. However, public controversy over the law was so high, given the risks of misusing the regime for tax evasion purposes, that it has not been used since late 2015.

Ukraine should revise its existing rules to create a unified approach that would limit the costs of maintaining regions over which it has no authority and free up resources for reforms in mainland Ukraine. At the same time, Ukraine should continue to pursue a responsible approach to humanitarian issues as a first step to allow for the regions’ eventual reintegration.

Oksana Bedratenko is an independent analyst based in Washington, DC; she formerly served as the Senior Local Economist at the US Embassy in Kyiv.

Image: Residents queue at a check point of Ukrainian armed forces located on the contact line between pro-Moscow rebels and Ukrainian troops, in the settlement of Stanytsia Luhanska in Luhansk region, Ukraine, October 9, 2016. REUTERS/Valentyn Ogirenko