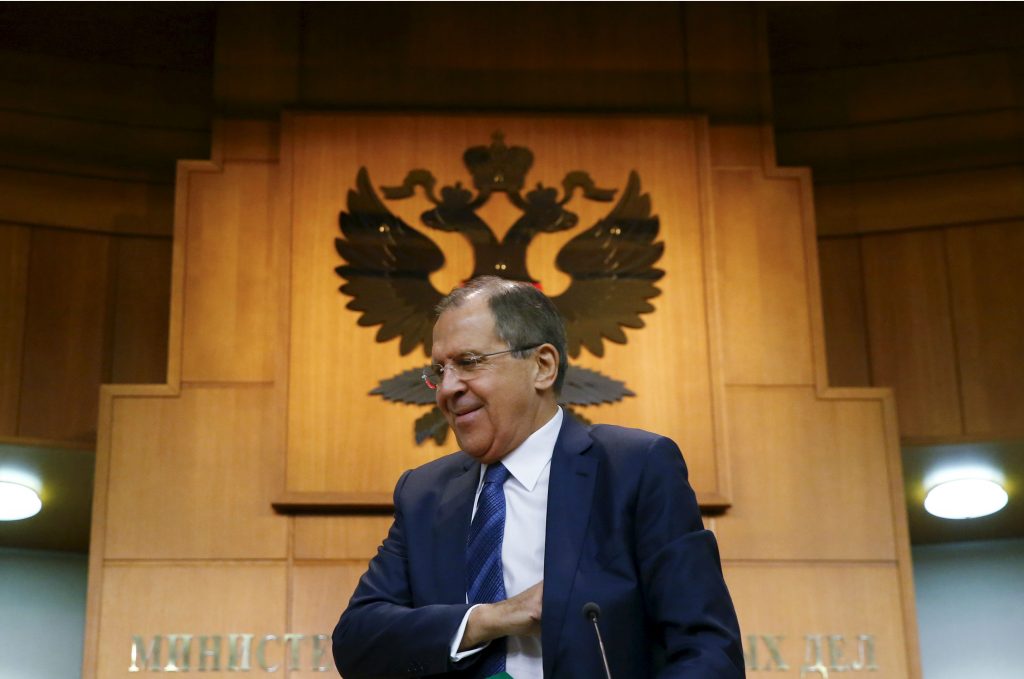 One of the most startling examples of the adage “there are two sides to every story” is the difference in perceptions over the implementation of the Minsk Agreements between Ukraine and Russia. Minsk, if handled in good faith, could be the roadmap to deescalate the war in Ukraine and bring peace to the region.

In October, I wrote a scorecard that assigned points to each party responsible for breaching, breaking, or not fulfilling aspects of Minsk. Russia scored minus ten and Ukraine scored minus two. Efforts to pretend that Russia is just a mediator in the Minsk process are a sham. Russia’s guiding hand, including resupply of weapons and soldiers, are all over the conflict.

Russia’s involvement is well past the point of plausible deniability. In fact, there was never any plausibility in Russia’s denials. The fact that Minsk II included language about removing all foreign armed formations from Ukraine is a clear acknowledgement of Russia’s role in the war. But now both sides are apparently responsible for failing to meet all of the Minsk conditions. This is rubbish based on a shred of truth, but rubbish that has been repeated often enough to have become accepted by some influential people as probably true.

In reality, Ukraine hasn’t finished the process of amending its constitution to allow for greater decentralization, which is key to fulfilling its Minsk commitments, and that is it. (Decentralization is a nationwide change that doesn’t have anything to do with the conflict zones specifically.) Amending the constitution is rightly a process that takes time for discussion, reflection, and review.

But it seems Europeans are getting impatient with Kyiv. On February 5, Danish Foreign Minister Kristian Jensen said, “If Ukraine doesn’t come through with the reforms linked to the Minsk peace process, it will be very difficult for Europe to continue united in support for sanctions against Russia.” Observers are already speculating that when the EU’s sanctions expire in July, EU countries with close ties to Russia are likely to argue that Ukraine isn’t abiding by Minsk, so the process no longer holds, and therefore sanctions shouldn’t be renewed. But what about Russia and its Minsk commitments?

Russia and its proxies could release all of their hostages tomorrow, and there is no good reason why they refuse. Minsk II states that the basis for a hostage and prisoner of war swap is “all for all.” It also says “illegally held persons” and for that reason in concluding his negotiations with Russian President Vladimir Putin in Minsk, Ukrainian President Petro Poroshenko understood that Ukrainian fighter pilot Nadiya Savchenko would also be released.

Russia and its proxies could also allow for aid to be distributed by internationally recognized humanitarian agencies, as required in Minsk II, but instead they hamper their work and refuse to allow an independent inspection of the Russian convoys that cross Ukraine’s internationally recognized borders. These are areas where Russia clearly and routinely flouts its Minsk commitments.

Russia could withdraw its armed forces from Ukraine, but it has not. It could do this tomorrow. But that would spell an end to Putin’s ill-conceived adventures in eastern Ukraine that are out of step with the will of local people.

Russia could allow the Organization for Security and Co-operation in Europe (OSCE) to monitor all parts of Luhansk and Donetsk oblasts, but it does not. If the Minsk-related sanctions are to be lifted, the OSCE must be respected and it must have access to all parts of Ukraine.

Russia could respect the ceasefire element of Minsk, but it does not.

There is one more area where Russia attempts to cling to a bit of plausible deniability. Russia admits that its citizens are fighting in Ukraine, but claims that they are just volunteers. In fact, both Putin and Presidential Spokesman Dmitry Peskov have repeatedly made such statements. Apparently, we’re expected to believe that Russia does not control its own borders, and that Russia could not stop the flow of men, knowing their intent is to kill, from crossing the border to the territory of another country for an eighteen month period.

Yes, Kyiv needs to put its reforms into high gear before the international community loses patience, but that is another topic. Russia needs to fulfill its Minsk commitments now. No rational person can plausibly argue that both sides are equally delinquent in the fulfillment of Minsk.

Paul Niland is a longtime Kyiv resident and Founder of Statement Email Ltd.

Image: Russian Foreign Minister Sergei Lavrov leaves after giving a news conference in Moscow, Russia, January 26, 2016. Ukraine is dragging its feet on implementation of the Minsk peace agreement because it wants to keep in place the Western sanctions imposed on Russia, Lavrov said. REUTERS/Maxim Shemetov