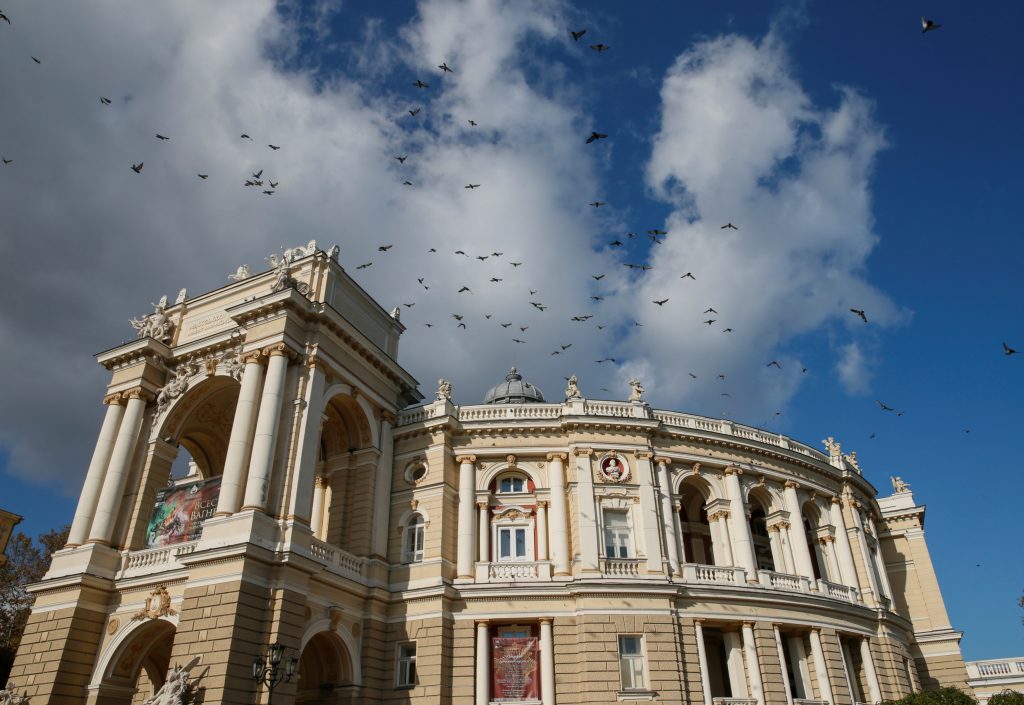 Perched proudly on the northern coast of the Black Sea and the western edge of the Pontic Steppe, Odesa is a swaggering city that has been capturing the international imagination ever since its foundation more than two centuries ago. In his recently published essay collection, US journalist and writer Vladislav Davidzon explores the port city’s distinctive charm.

Far away from the imperial center during the Czarist and Soviet eras, Odesa developed a unique character as a place for outsiders and extroverts to make a new home detached from the old order. Many of its most famous residents were either transplants or flitted through as travelers or exiles, either voluntarily or not.

Then, with the coming of Ukrainian independence in 1991, the city’s tradition of uniqueness combined with its wealth as a port and its stubbornly impenetrable politics to make Odesa a virtual “state within a state.”

Published in September 2021, “From Odessa With Love” is a welcome and timely anthology of essays that peer into the nature of the city and its place within post-Maidan Ukraine. American author Vladislav Davidzon’s extensive ties to Odesa include a stint as chief editor of the cultural and literary journal “The Odessa Review,” which he co-founded with Odesa-born wife Regina Maryanovska-Davidzon. During his time at the helm on “The Odessa Review” from 2016 until 2018, Davidzon became a fixture on the local arts scene.

Many of the articles in this book come from “The Odessa Review,” while some first appeared in the Jewish outlet “Tablet Magazine,” where Davidzon serves as European culture correspondent. Others are taken from contributions to an assortment of additional publications. The topics covered range from funding for the Odesa Philharmonic, to mafia business disputes, to Davidzon’s contentious relationship with former Georgian President Mikheil Saakashvili, who enjoyed a brief but highly memorable spell as Governor of Odesa Region in 2015-16.

Anthologies are often treated as surveys of a topic, with little in the way of connective tissue. However, with Davidzon, form and function are not two separate qualities. His book relies heavily on engaging anecdotes. A hallmark of Odesa humor, the font of all Russian-language humor, is the anecdote, short stories where the humor comes from twists in logic and creative use of language. Spending time with Ukrainians, especially those who are on the older side and consider themselves the clever sort, means listening to them trade these anecdotes, seemingly competitively.

Odesa is famously a city of anecdotes, and it is through anecdotes that we are able to see the true personality of the city. This is not a recent revelation. The celebrated “Odessa Tales,” a collection of early twentieth century short stories by Isaac Babel (another character who features posthumously in “From Odessa With Love”) follows just this format, with quick snapshots into the lives of local personalities. Many present-day Odesa residents probably wish their mafiosi were a bit more like the legendary gangster from Babel’s book, Benya Krik.

Davidzon recognizes the power of a good anecdote and uses it to weave a wonderfully potent portrait of today’s Odesa. Capturing the figures that give the city its unique personality is the American author’s main strength. He has a knack for meeting just about everyone, especially the flamboyant and the unusual.

This list of colorful acquaintances includes French public intellectual and political adventurer Bernard-Henri Levy. In an essay covering Davidzon’s travels with the fabulously wealthy aesthete, it is hard not to see a glimmer of the French aristocrats like the Duc de Richelieu who came to Odesa in its early days with their eyes on political influence. While his Jewishness would have made Levy ill-suited for the French court, it seems to have brought him ever closer to Odesa.

“From Odessa With Love” occupies an interesting niche within the small but expanding world of English-language literature about Ukraine. Much of the existing English-language content covering Ukraine tends to be very dry and serious in tone. This includes reportage about the war with Russia, crime and corruption, the far-right, or Ukraine’s hapless role in the various scandals related to the Trump presidency. Then there are the wonderful histories written by the likes of Serhii Plokhy or Timothy Snyder, who makes a cameo in Davidzon’s book.

Ukrainian literature in translation, on the other hand, is most popular in the form of novels. There is something of a renaissance underway in this field at the moment, but many of the most popular works share some commonalities. Firmly within the tradition of Poltava native Nikolai Gogol, Ukrainian novelists have a talent for social satire and capturing the trials faced by individuals when confronted with the absurdity of the systems constructed around them. In Andriy Lyubka’s “Carbide,” for example, the hero makes it his mission to solve Ukraine’s problems by simply building a tunnel for all 40 million Ukrainians to pass into the EU.

Davidzon slips seamlessly between these two traditions. He is a journalist and his subjects are largely the same as those covered by other journalists, albeit from his own unique point of view. However, he is also a literary critic whose prose is built to tell a story. As a result, his essays often drift into the realm of the absurd. This may be the key to writing effectively about Ukraine, a country where things are rarely as they seem and events are routinely distorted by the tragic grandeur of the country’s dizzyingly complex past.

As Davidzon’s book reminds us, sometimes storytelling is simply the most effective way of making a bigger point. Reports on the successes and failures of Ukraine’s law enforcement reforms are commonplace and are often rather dull. It takes an altogether more artistic touch to regale readers with the tale of a nocturnal neighborly altercation resolved by the unexpected professionalism and restraint of the newly reformed Odesa police.

Such flourishes are typical of Davidzon, who is entirely at home in the often absurd and endlessly entertaining world of today’s Odesa. His debut essay collection is a literary love letter in every sense that captures the magic of the city in ways which would elude more traditional reporting.

Anthony Bartaway is a Kyiv-based American writer and journalist. He is co-host of the Ukraine Without Hype podcast and Director of Jewish Ukraine Travel.

Image: Opened in 1887, Odesa Opera House is one of the city's most famous landmarks. (REUTERS/Valentyn Ogirenko)