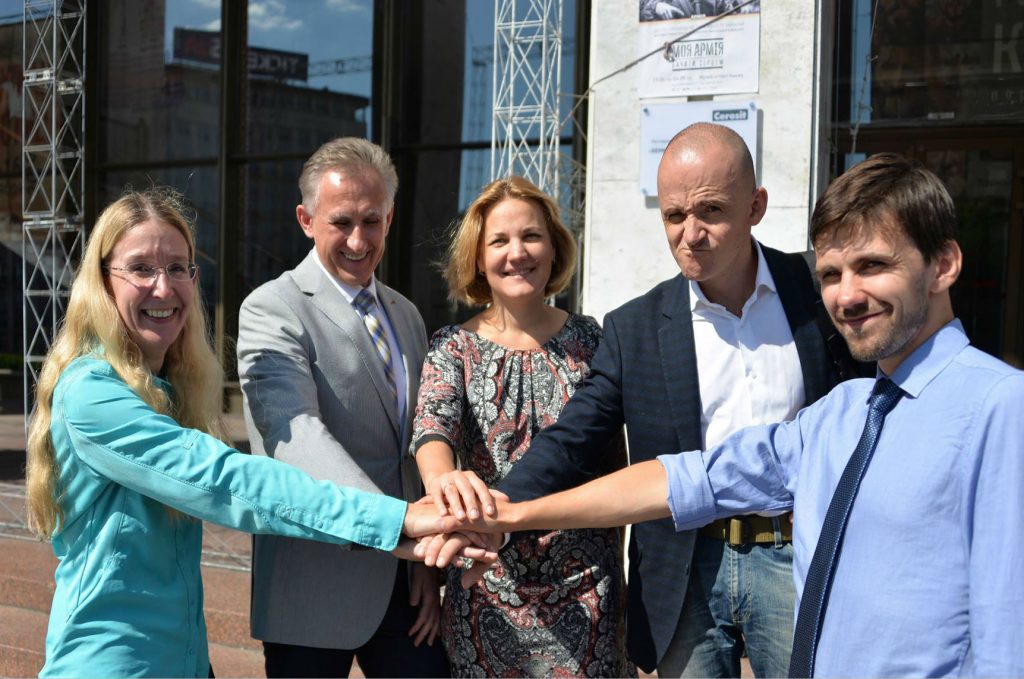 Ulana Suprun is a woman on a mission. The 53-year-old radiologist from New York who was appointed Ukraine’s Acting Minister of Health in July is determined to shake up Ukraine’s sclerotic health care system.

“The changes that we are making in Ukraine’s health care sector are breaking the old rules and establishing new standards,” Suprun said in a written statement on January 23.

“I feel support from the prime minister and the entire cabinet,” as well as many MPs, civil society, and many young doctors, she said.

Suprun has two other advantages: she’s not starting from scratch, and she’s not new to Ukraine. Suprun’s parents were born in Ukraine and she grew up going to Ukrainian schools and a Ukrainian church in Detroit, Michigan.

“We always dreamed of moving to Ukraine,” she said in a January 13 telephone interview. Suprun and her husband Marko finally moved to Kyiv in December 2013, where they actively supported the Euromaidan.

She compared her job as minister to her previous work as director of humanitarian initiatives at the Toronto-based Ukrainian World Congress.

As war broke out in Ukraine’s east in 2014, Ukrainian soldiers were dying at the point of injury, a problem that basic first aid kits could solve. Suprun and Marko raised several million dollars to send more than 22,000 first aid kits to the frontlines. But that wasn’t enough. “We realized that it’s not the kit that’s important, actually. It’s the training. It’s what you do at time of injury,” she told The Macomb Daily in 2015. The Ukrainian World Congress then established its Patriot Defense initiative, which trained 30,000 soldiers and cadets to properly use the kits.

Similarly, previous attempts at reform have failed because officials didn’t “look through the whole system,” and “didn’t think through the consequences,” she explained.

In the Ministry of Health, Suprun’s staff took the reform plan established by the previous team and added deadlines. By 2017, each patient will have his or her own doctor; currently, one’s residence dictates where they can receive health care. By 2018, a still-in-development National Health Insurance Agency will pay for services at hospitals; all Ukrainians will be guaranteed primary and emergency care. And by 2019, the agency will cover highly specialized care and cardiac surgery, although a copay is likely for those who can afford it.

Ukraine’s current health care system distributes money from the state budget to the regions; this money pays for administrators, infrastructure, and health care workers, including doctors, who work for hospitals and polyclinics. Under Suprun’s new system, doctors will be paid for every patient they see, which may incentivize them to see more patients. She also wants to introduce a system of individual licensing, so that doctors can move from one hospital to another and open private practices. In Ukraine, health care facilities are licensed, not doctors.

And unlike the United States, doctors make a paltry salary in Ukraine. “The system was set up in such a way that you can’t even live on the wages they’re given,” Suprun said. It’s not uncommon for patients to offer their doctors bribes for better service.

In the past, head doctors have required that the doctors who work for them offer bribes for the privilege of working at their facility. The new system will remove some of that petty corruption by giving doctors the ability to move around, and by allowing patients to choose their doctors.

Massive corruption in drug procurement is another serious issue, Suprun explained, but things are changing. As of 2015, only three international organizations—UNDP, UNICEF, and the international company Crown Agent—are allowed to procure major medicines for the state, which has saved the country an estimated $30 million.

By 2019, the Ministry of Health will set up its own procurement agency. But for now, these international organizations are “teaching us how to do this,” Suprun said.

Outsourcing has also caused the price of medical devices to drop, and new Ukrainian pharmaceutical distributors have entered the game.

Once Ukraine has its own procurement agency within the Ministry of Health, it will begin using the online tender ProZorro platform that has saved the country an estimated 3.17 billion hryvnias.

ProZorro is “another success story when it comes to reform,” Suprun said. Of course, there are ways to get around it, she admitted, but the ProZorro platform is constantly learning and changing, and the team behind it asks for continual feedback. “And that’s a really important part of reform,” she said.

Others credit Suprun for a similar approach: her team is open and inclusive, and under her, the Ministry of Health works well with other government bodies.

Above all, Suprun is a problem solver. When raising money to bring first aid kits into Ukraine, she encountered obstacles at customs. The kits sat for a month as casualties piled up. Suprun studied the problem and was able to get the rules changed so that the first aid kits could be imported as humanitarian aid on a daily basis.

This is one reformer to keep an eye on.