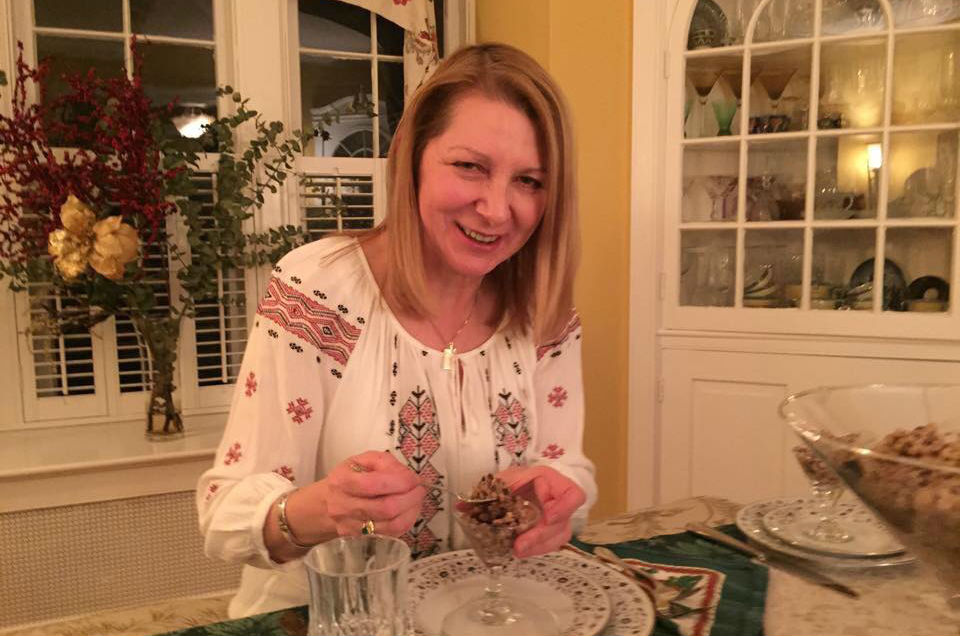 On January 23, Ukrainian-Briton Nadia Diuk passed away. This was reported on Facebook by her sister, who wrote that Nadia had died at home after a long battle with cancer.

The previous day, President Petro Poroshenko bestowed the Order of Princess Olga (III degree), one of Ukraine’s highest honors to Diuk, who had dedicated her life to serving the cause of Ukraine.

She was unable to receive award at the Embassy of Ukraine in person.

“The Presidential Act bestowing the award upon you is a testament to and a recognition of your long-time active efforts to help Ukraine, your sizable personal contribution to the development and strengthening of the strategic partnership between Ukraine and the United States of America, the indisputable repute that you have amassed both in Ukraine and the Ukrainian American community,” said the letter from Ambassador of Ukraine to the United States Valeriy Chaly, which was made public on January 22. The letter also mentions the many years that Diuk had devoted to effecting democratic change in Ukraine, offering “a model of real patriotism and selfless commitment.”

Diuk was a senior advisor at the National Endowment for Democracy, a private, nonprofit, Congressionally funded organization. Previously, as a vice president at the NED, she was in charge of programs and strategy that supported democratic movements in various countries in Europe and Eurasia.

She started out as a researcher and teacher, having become a recognized expert on Ukraine and post-Soviet states in the United States. She co-authored several books and multiple papers and articles. Diuk, who was the first female ethnic Ukrainian to defend a doctorate at Oxford, was also a member of the prestigious Council on Foreign Relations.

Diuk was born in 1954 in the United Kingdom to refugees Maria and Petro Diuk, who had fled persecution by the Soviet authorities. Her father was a warrant officer in the Ukrainian Insurgent Army. Nadia excelled academically, having earned a bachelor’s degree with honors at the University of Sussex, followed by graduate studies at St. Antony’s College, University of Oxford, where she wrote a doctoral thesis on the political essays of Mykhailo Dragomanov. She later taught Soviet and Russian history at Oxford and was a researcher at the University’s Society for Central Asian Studies.

In 1984, she married American Adrian Karatnycky and moved to the United States, first to New York City, and in 1986 to Washington, DC. Karatnycky had served as the president of Freedom House, and is a senior fellow at the Atlantic Council and a partner of a consulting firm in New York today.

“In the 1980s and 1990s, Nadia and I were husband and wife,” Karatnycky told Voice of America. “But we were also partners in the struggle against Communism and for the emergence of democracy in the post-Soviet space.”

He related how they wrote books together, helped dissidents, and worked to strengthen democratic forces. “…[S]he was guided by a calm nature, by a fierce commitment above all to Ukraine, and by a deep optimism that democracy would triumph. She was one of the key voices helping to shape and direct assistance to Central and Eastern Europe in Washington,” he said. “Her central motive was to work for a free Ukraine surrounded by democratic and cooperative neighbors. Ukraine, its culture, history, and fate, were the center of her identity.”

Myroslava Gongadze, head of the Ukrainian Service at Voice of America, has been Diuk’s close friend for eighteen years.

“I’ve had a wonderful life,” Diuk told Gongadze in her last interview.

“It’s hard to argue with this,” Gongadze said. “What other young woman from a working-class family, whose parents came to England as refugees, could have reached those academic heights and become the first Ukrainian woman to have earned a doctorate from Oxford? When I asked her where her strength and self-confidence came from, she gave a simple answer, ‘I just knew I had to do this.’ At that moment I realized that Nadia Diuk, who devoted her whole life to bolstering civil society in Ukraine had just known it was her life’s mission. I’m extremely happy that Ukraine finally recognized her contribution.”

Tatiana Vorozhko is a senior editor at Voice of America’s Ukraine Service. This article was originally published by Voice of America and is republished with permission. Myroslava Luzina translated it from Ukrainian to English.

Image: Nadia Diuk at her home in Washington, DC, in an undated photograph. Credit: Archive of Myroslava Gongadze