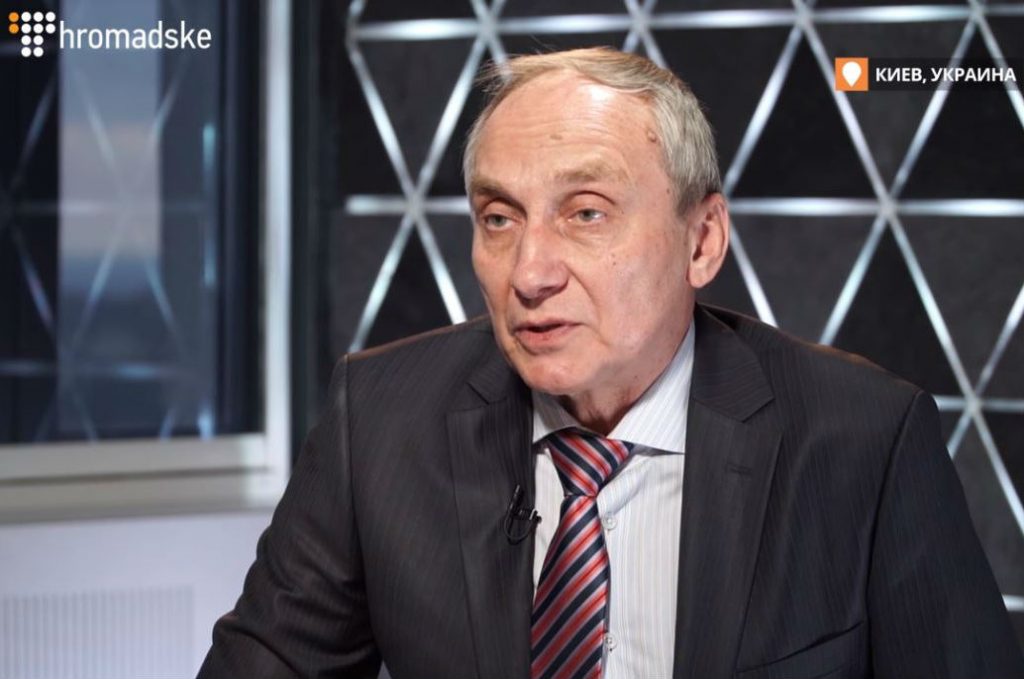 In 2017, for the first time ever, the US Commission on International Religious Freedom (USCIRF) recommended that Russia be designated a Country of Particular Concern (CPC) for the religious repression occurring there and for its exportation of such repression to Ukraine. USCIRF’s primary role is to monitor countries engaging in or tolerating “systematic, ongoing, egregious violations of religious freedom,” and to recommend those countries that should be designated as CPCs. CPC designations open the door to a wide array of possible sanctions, though implementation is at the discretion of the State Department. Even without sanctions, the designation alone serves as a powerful signal to religious freedom violators of US disapproval. In its most recent announcement of CPC designations on January 4, however, the State Department did not include Russia.

In December, we traveled to Ukraine to learn more about the conditions of religious freedom in the Russian-occupied areas of Crimea and the Donbas. What we saw and heard confirmed the reality of Russian persecution and harassment of religious minorities in Russian-occupied Luhansk and Donetsk, the so-called “People’s Republics.” In these regions, religious freedom appears to be at the whim of armed militias untethered to any legal authority.

Religious freedom in Russian-occupied Crimea is also greatly curtailed. According to the United Nations, there were roughly 2,200 religious organizations, both registered and unregistered, in Crimea before the 2014 occupation. As of September 2017, only 800 remained. In June 2017, after the Russian Supreme Court decision to ban Jehovah’s Witnesses as extremist, all twenty-two local Witnesses organizations in Crimea, representing 8,000 congregants, were officially banned as well.

Although Russian repression of Crimean Tatars is mainly motivated by political rather than religious concerns, it disrupts Crimean Tatar religious activities and institutions. Russian authorities have co-opted the spiritual life of the Muslim Crimean Tatar minority and arrested or driven into exile its community representatives.

Oppression through the judicial process also continues apace. For example, in August 2017, the main church space of the Ukrainian Orthodox Church (UOC) in Simferopol, the administrative capital of Crimea, was seized by bailiffs enforcing a February 2017 court decision transferring its ownership to the Crimean Ministry of Property and Land Relations. According to the United Nations, five UOC churches have been officially seized or shut down since 2014. Meanwhile, Russia’s laws on religion and extremism, strengthened in July 2016, have been used to punish believers of various churches, including Jehovah’s Witnesses and Seventh Day Adventists, for the exercise of their faith.

Although the worst excesses in the Donbas have declined since 2015, Christian minorities remain the subject of raids, harassment, fines, and official slander. In August 2017, Luhansk security forces recorded themselves raiding two Jehovah’s Witnesses’ Kingdom Halls, at the end of which they claimed to have found leaflets promoting Nazism and collaboration with Ukrainian intelligence. If this incident inspires déjà vu, it is because the Russian police were caught on video in 2016 planting evidence against Jehovah’s Witnesses.

A prime example of how religious activists and scholars can fall afoul of the authorities in the Russian-occupied areas is the case of Ihor Kozlovsky, sixty-three. Kozlovsky was a professor at the university in Donetsk who studied local religious movements. Active in Protestant Christian life in the area, he had earlier worked in the regional administration, dealing with religious affairs.

In January 2016, he was kidnapped by Donetsk People’s Republic (DPR) security forces and accused of storing weapons in his apartment. The forces entered his apartment and searched it for several hours while terrifying his adult son, who suffers from Down Syndrome and paralysis and was alone at the time.

In May 2017, Kozlovsky was convicted of weapons possession and sentenced to nearly three years in prison. His wife and son were forced to flee to Ukrainian government-controlled territory. As far as we could tell on our trip, he was the only religious prisoner in the DPR under continuing detention and his only “crime” was civic activity on behalf of religious groups. Just after Christmas, however, he was released.

More than ever, USCIRF believes that the United States should take a stand for the religious minorities that Russia is oppressing in Russia, as well as in Crimea and the Russian-occupied territories of Luhansk and Donetsk. The commissioners strongly recommend that Russia be designated a Country of Particular Concern for its severe religious freedom violations, and that appropriate sanctions be imposed against the Russian Federation, including under the Magnitsky Act and the new provisions available in the Global Magnitsky Act.

Clifford D. May and Thomas J. Reese, S.J. are commissioners on the US Commission on International Religious Freedom.

Image: Ihor Kozlovsky, a professor at the university in Donetsk who studied local religious movements, was kidnapped by the security forces of the so-called Donetsk People’s Republic in January 2016. He was convicted of storing weapons in his apartment and sentenced to nearly three years in prison. He was released in a prisoner exchange on December 27, 2017. Here he speaks to Hromadske about the experience in Kyiv on January 19. Credit: Screenshot Hromadske International