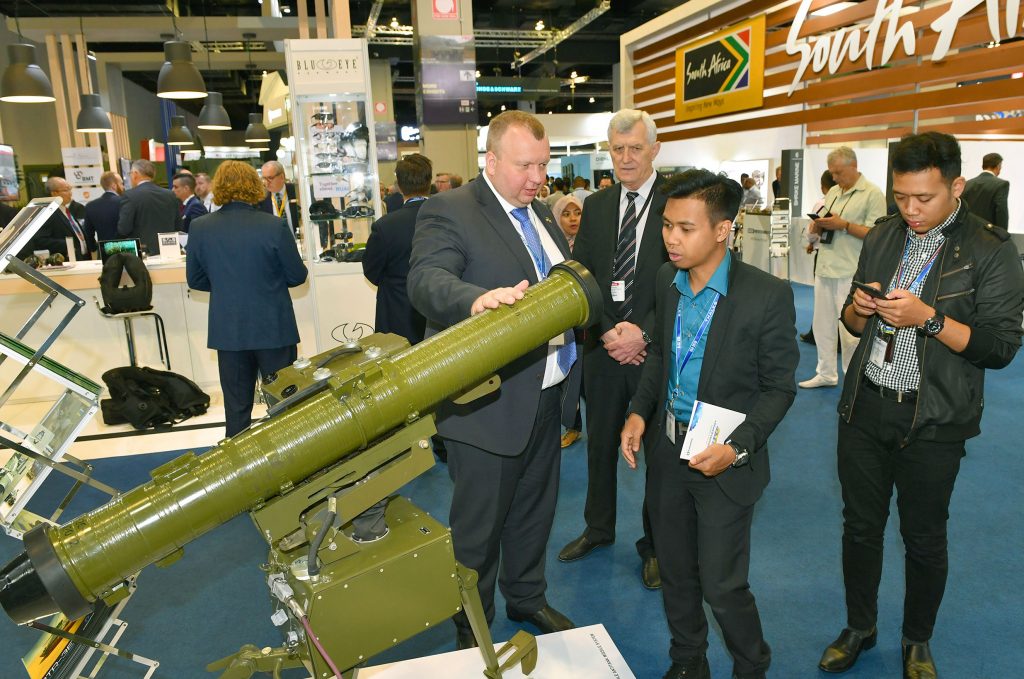 Pavlo Bukin has been on the job for nearly a year, and he’s in good spirits. It’s not the most enviable position: he’s the general director of Ukroboronprom, the state-owned defense company, and has been charged with cleaning up the company and making its business practices market friendly.

Ukroboronprom (UOP) has serious reputational issues. Ukraine’s leading anti-corruption watchdog calls it a monster. In 2017, Ukraine’s National Anticorruption Bureau accused company officials of stealing $6 million in a deal to supply aircraft parts to Iraq’s defense ministry. It also faced accusations of putting old engines in forty tanks in Lviv and selling them as new at full price. These schemes, especially during a time of war, do not endear the company to the public.

When we met for coffee in Kyiv in late November 2018 and I mentioned these cases, Bukin didn’t get defensive. The straight-talking executive admitted that overhauling UOP is “not an easy task,” but said he’s got a plan and is already making progress.

He was upfront about corruption and explained that introducing market wages for executives and factory workers is the only solution. “The best remedy for corruption is a good level of wages,” he said.

Defense experts both in and outside of the country are cautiously optimistic.

“He’s saying all the right things. He knows the industry well, but will he walk the walk?” asked Michael Carpenter, a former US deputy assistant secretary of defense.

“He is trying to do what he says and says what he is doing. A rare quality for a top Ukrainian manager,” said Oleksiy Skrypnyk, a defense expert and Samopomich MP.

Others are less impressed.

“Ukraine’s Western partners need to make sure that the Ukrainian government and UOP commit to starting the audit within the next few months of 2019,” said Olena Tregub, secretary general of the anti-corruption group NAKO, which was created by Transparency International. NAKO has been instrumental in pushing for an international audit and the establishment of a supervisory board. Tregub says that the audit has been delayed for two years.

Defense experts say that an audit is crucial to knowing how to restructure UOP, which is made up of more than 130 separate entities and 80,000 employees. UOP needs to break its industry and regulatory functions apart, they point out.

In 2017, UOP pledged to undergo an international audit. In 2018, UOP pledged that the audit would be up to international standards and include an assessment of its corporate governance according to OECD standards. The audit’s recommendations will include how to set up proper systems of financial reporting, internal controls, and corporate governance, all of which are crucial for defense reform, experts say.

The audit is undeniably an important data point to watch, but so are Bukin’s other steps.

One of his first steps was to slash staff at UOP headquarters by 40 percent, from 326 to 180 people, to show people he’s serious about reducing waste in the sector.

On his watch, private companies can now import foreign military equipment and sell it in Ukraine without UOP slowing them down. Two companies—Tactical Systems of Ukraine, which sells optical devices, and Vector-S, an ammunition company—have received permission to do so from the Cabinet of Ministers, and Bukin expects that number to increase to ten in 2019. While some experts caution that this reform may be self-interested, it’s still progress.

He’s also moved to tackle the impossible: rationalizing Ukraine’s state-owned defense enterprises. In the defense sector, forty-two state-owned enterprises are in debt and inactive. The UOP board wants them privatized. Twelve are waiting to be transferred to the State Property Fund and Bukin is hopeful they’ll be privatized in 2019. The remaining thirty broke SOEs are either tied up in red tape or have an uncertain future.

It’s hard to slam Bukin for making little progress on privatization in a year. For the last four years, Poroshenko’s government made an enormous push to privatize its several hundred state-owned behemoths, and the results have been unimpressive. However, some critics charge that some of the state-owned defense enterprises, especially those in downtown Kyiv where land is valuable, were intentionally bankrupted in order to sell their land and assets, and top managers allegedly turned a blind eye.

On Bukin’s watch, UOP has set up a new R&D wing called GARDA at the Kyiv Polytechnic University, to analyze startups. Tony Tether, the former head of DARPA in the United States, is now a member of the UOP board and has been instrumental in this effort. While GARDA hasn’t backed anything yet, one idea it has looked at is chrome plating on gun barrels.

Beyond those steps, Bukin is actively working to develop market conditions in Ukraine by changing the country’s legislation, and he’s making steady progress.

First, he has wanted to end Ukraine’s byzantine procurement procedure for weapons for all law enforcement and military bodies. Since 2014, UOP has procured everything for the ministry of defense, the SBU, and all law enforcement and the military. But things recently changed. On January 17, the parliament adopted a law that allows the ministry of defense and other state customers to import military goods by themselves.

It’s a step forward for sure, but there’s another business-busting caveat that Bukin still needs to tackle: the minister of defense and Ukraine’s general staff have the right to veto any export deal, even if the exported goods are manufactured by a private Ukrainian company. The military establishment put the brakes on a number of signed export contracts, causing at least $40 million lost in canceled or delayed deals in November 2018 alone. Bukin wants to end this practice.

Second, he wants to eliminate caps on price and profit, which retard Ukraine’s domestic defense sector and invite corruption. Under the current rules, labor costs cannot exceed 12 percent, while in Europe, labor costs are closer to 40 percent.

Third, UOP’s current one-year budgeting system makes little sense for complex weapons systems. In the past, the Rada had set the budget in December and advance payment began only in May, which left companies with only ten months to build. In December 2018, Ukraine’s National Security and Defense Council agreed to move to a three-year cycle to allow for planning and the building of weapons.

Fourth, he wants greater transparency by opening state procurement. According to Bukin, almost everything should be open to the public on the Smart Tender website, except for critical new lethal technologies or other similar products significantly enforcing the defense capabilities of Ukraine. He said that 90 percent of what UOP procures is already on ProZorro. All procurement should be conducted on a competitive basis, and UOP has initiated a new law to do so that is under consideration.

Critics say this “reform” rings hollow. They point out that UOP doesn’t procure much, and its one hundred plus subsidiaries are responsible for the vast majority of procurement. Only two of its subsidiaries use ProZorro, while the rest use Smart Tender, a commercial platform which isn’t as transparent.

The critics may be right. Nevertheless, it’s encouraging to see some steps in the right direction.

Keep your eye on the international audit, Tregub cautions. The audit will signal how serious Ukraine is about defense reform.