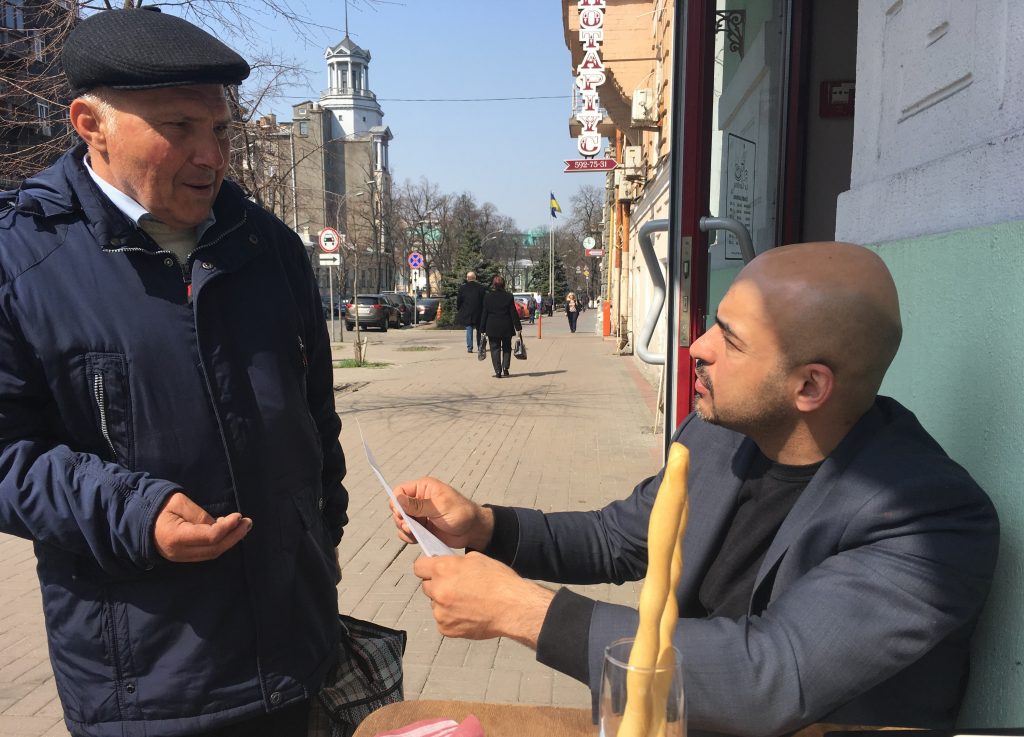 Ukraine’s opposition is a mess—but this is hardly news. Through Ukraine’s nearly three decades of independence, its opposition has never gotten its act together. Consequently, the same corrupt elite continues to govern the country of 45 million to its detriment.

Ukraine managed to squander the gains of its street revolution in 2004, and as the country approaches the second presidential and parliamentary elections after the 2014 Euromaidan that ousted pro-Russian former President Viktor Yanukovych, it’s seeming possible that the country will face a similar outcome.

The 2019 presidential election doesn’t look promising. Ukrainians are sick of their leaders—sick enough to consider electing inexperienced rock star Slava Vakarchuk or comedian Volodymyr Zelenskiy. Incumbent president Petro Poroshenko is tanking in the polls, but it’s still quite possible he could be reelected for a second term, despite the fact that Ukrainians traditionally don’t like incumbents; voters have only given one president a second term since 1991. The other real possibility for the presidency is wily and everlasting politician Yulia Tymoshenko. Neither outcome would be good for the country’s long-term health or for US national interests.

Subsequently, hopes are high for reformers. There are at least six political parties or movements vying for that vote, which makes up 15 percent of the electorate, but no leader to unify them. In Kyiv, three names are being discussed to lead the Maidan opposition movement.

The names are rock musician Slava Vakarchuk, Lviv Mayor Andriy Sadovyi, and former defense minister Anatoliy Gritsenko. The only one who has a shot at making the second round is Vakarchuk, and even then, he’s a weak candidate. While he enjoys massive name recognition across the country, voters perceive him as emotional, a quitter (he gave up his parliamentary seat in 2008), and a novice who isn’t tough enough for Ukraine’s mean and nasty politics. There are rumors, too, that he may have skeletons that his opponents will undoubtedly exploit. Plus, there’s the small fact that he still hasn’t declared. In his last public speech, he danced around the issue.

Sadovyi, whose Samopomich party took thirty-three seats in the 2014 parliamentary elections and brought in dozens of new faces, hasn’t become a national leader and seems preoccupied with matters in Lviv. When he came to Washington in March, his remarks were not well organized nor presidential in tone or subject. While a talented local politician, it seems he’s tapped out and perhaps unwilling to actually lead his party. Throughout the winter of 2017-2018, two Samopomich MPs took a public role in protests that called for Poroshenko’s impeachment, which is perfectly fine, but they encouraged violence, which is a no-go. Neither MP was disciplined and both remain party members in good standing. There are also serious strains within Samopomich over its direction and messaging, and a perception among voters that the party has become more religious, nationalistic, and inward-looking.

Gritsenko is also not a viable option. While he enjoys strong support in the polls now, whenever he goes on TV, his numbers drop precipitously.

Ukraine is less than a year away from elections, but the Maidan opposition is still just talking. Some have suggested its politicians start a new platform, and there are efforts to unite the various reformers within Samopomich, Silya Liuday, Democratic Alliance, Fatherland, Saakashvili’s Movement of New Forces, and unaffiliated politicians like Foreign Affairs Committee chair Hanna Hopko into a new movement.

“I’m ready to fight for Slava, Gritsenko, or Sadovyi,” opposition leader and parliamentarian Mustafa Nayyem told me in April. “Petro Poroshenko and Yulia Tymoshenko are dinosaurs.”

But the lack of unity among opposition parties is a perennial problem. Almost every Ukrainian politician wants to be the one to turn the country around, and getting them to lay aside their own personal ambitions is next to impossible. For example, when I spoke privately with top reformers and asked if they have called Vakarchuk since he returned from Stanford University, where he studied democracy and development with prominent political scientists, they dismissed the idea. “No, he needs to call us,” I heard repeatedly. It’s worth stating the obvious: this is not how to win elections or build a broad tent.

Yevhen Hlibovytsky with the Nestor Group always exhorts the West to give the reformers more time to mature, but there’s also a limited window of time in which ordinary Ukrainians will be willing to support policies that aren’t in their immediate self-interest. The economy is barely growing after a 17 percent drop in 2014-2015. Time is running short, and many Ukrainians may soon check out again as they did in 2007-2008, after the Orange Revolution fell short of public expectations and devolved into internecine squabbling.

But Maxim Eristavi, a journalist and nonresident fellow with the Atlantic Council, cautions against making predictions this early; 40 percent of voters are still undecided, he points out. And in Ukraine’s presidential-parliamentary system, being president without a parliamentary majority makes one little more than a ceremonial head, so the fall 2019 parliamentary elections matter just as much as the presidential race.

The longer the reformers wait, the more likely it is that they’ll have to cut a deal. And the problem with a deal is that you still have to deal with the devil.