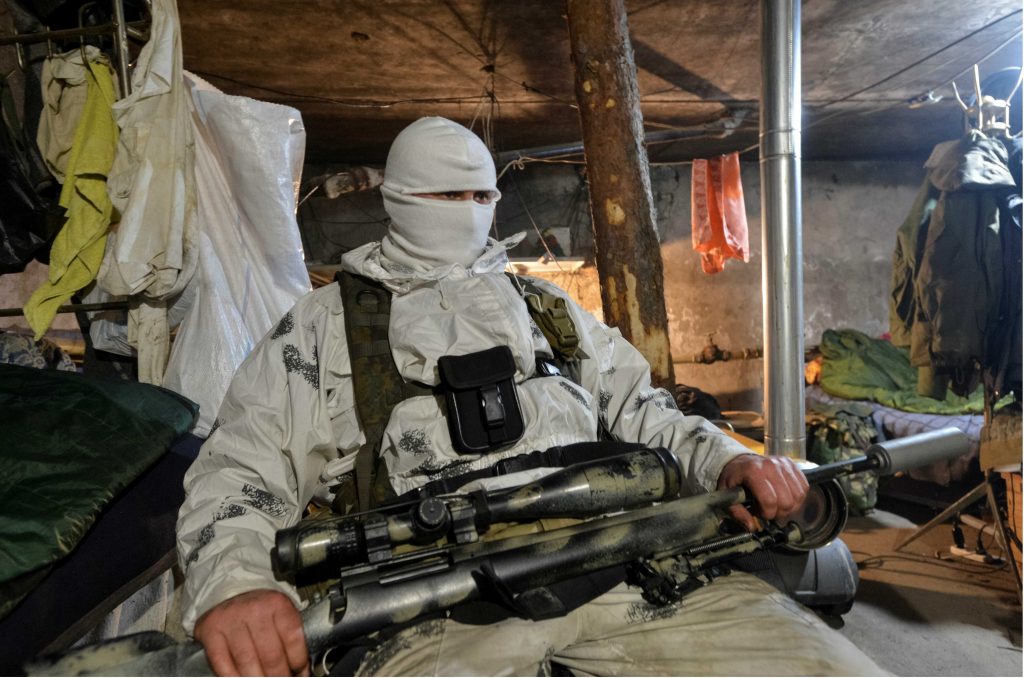 The case against providing lethal weapons to Ukraine has rested on a simple argument: If the United States provides arms to Kyiv, Moscow will escalate the war in eastern Ukraine. The Kremlin would up the ante with even more arms or intensify its military pressure on Ukraine. According to this logic, since escalation benefits no one except Russia, providing arms to Ukraine must be a bad idea.

The logic of this argument was always suspect; it rested on the assumption that Moscow was responding to Ukrainian or Western initiatives in Crimea and the Donbas. Accordingly, Ukraine threatened Russian interests by opting for democracy and the West—and poor Russia had no choice but to respond with violence. The West expanded NATO—and poor Russia had no choice but to invade Ukraine. That Ukraine’s Euromaidan Revolution was not directed against Russia and that Russia’s aggression turned Ukraine against it is conveniently ignored in this account. So, too, is the fact that NATO was moribund (until Putin’s war revived it) and never expressed a serious interest in Ukraine’s membership.

Recent events have made these arguments moot.

A few weeks ago, Russia escalated its artillery strikes against Ukraine in the town of Avdiivka. Ukraine’s few creeping advances were far too small and far too few to have provoked such a disproportionately savage attack, which was the Kremlin’s way of signaling to the Trump Administration that it can do whatever it likes, whenever it likes in its supposed sphere of influence.

And then, just a few days ago, a Russian television program confirmed what Ukraine has always claimed—that the separatists in the Donbas have some 700 tanks. Since they had only a handful in 2014, the tanks must have come from Russia, which alone shares a border with the eastern Donbas. Naturally, the Kremlin denies any such thing, but its denials are as laughable as they are absurd.

Both these items testify to one thing: that Russia has been upping the ante with more arms or personnel or by intensifying its military pressure on Ukraine regardless of what the West and Ukraine do. The Kremlin escalates, not because it is reacting to Western or Ukrainian moves, but because it has its own imperialist agenda vis-à-vis Ukraine and the countries of its “near abroad.” Ukrainian independence, like Belarusian or Baltic independence, is all the provocation Putin’s Russia needs.

Imagine now that the United States or some European countries were to provide Ukraine with lethal weapons. Would Russia respond? Probably. But the catch is that Russia would have escalated even if no lethal weapons had been provided to Ukraine.

Arming Ukraine enhances its ability to defend itself, even if Russia escalates—precisely because we know that Russia will escalate regardless of whether Ukraine has Western weapons or not.

Imagine that the United States were to provide Ukraine with 700 anti-tank missiles and that Russia were to send another 700 in “response.” Under which conditions would Ukraine be better able to deter a Russian assault? If Ukraine has no Western missiles and Russia has 700 tanks or if Ukraine has 700 Western missiles and Russia has 1,400 tanks? In the latter instance, of course. In the former case, Russia could overrun Ukraine with no losses. In the latter, it would have to think twice about losing 700 tanks.

So, arm Ukraine now. Peace will come to eastern Ukraine only after Russia and its tyrannical president decide they want peace. But the chances of violence can be decreased if Ukraine has the wherewithal to defend itself against Russian violence.