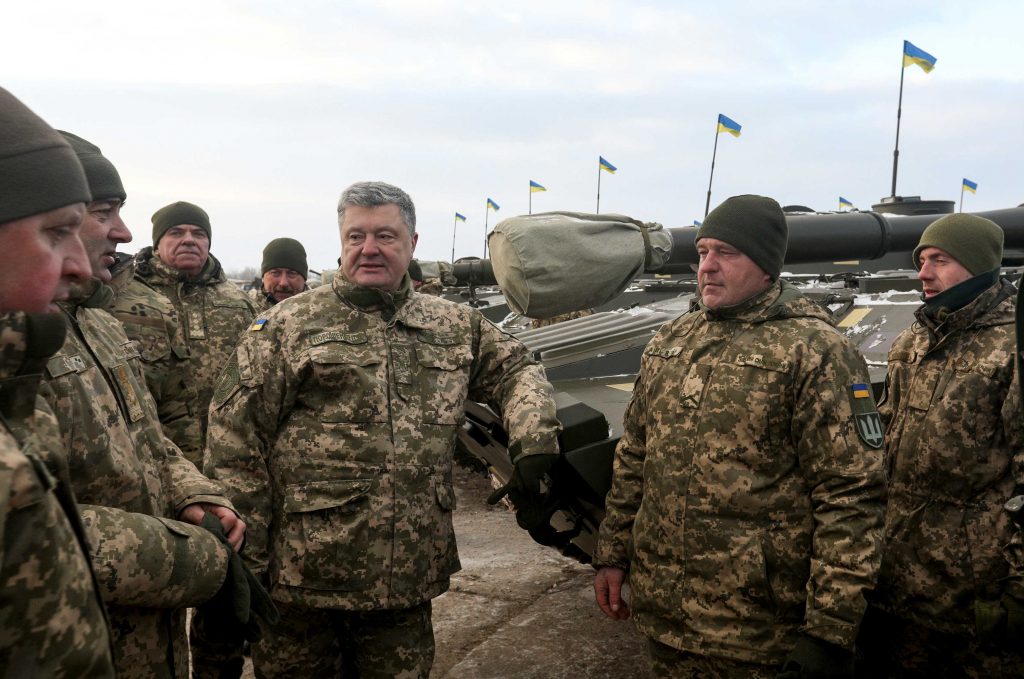 Ukrainian President Petro Poroshenko recently advocated building intermediate-range ballistic missiles and cruise missiles to target and presumably use against Russia. No doubt Poroshenko calculated that he might gain a political advantage during the final days of a tough campaign for reelection by adopting this hawkish stance. And he may have also thought it made military sense as well. It appeals emotionally to a population that has been fighting Russia for five years with little overt progress. And since this advocacy casts Poroshenko as an aggressive patriotic defender of Ukraine, this posture might conceivably yield him political dividends.

However, it would be a disastrous decision for both strategic and operational reasons.

In 1993-94 during the height of the controversy over whether or not Ukraine should seek control over the Soviet nuclear weapons it inherited, I argued that doing so would pose an intolerable threat to any Russian government—including a democratic one—that Moscow could not ignore. Even if Ukraine did not threaten Russia then, the possession of nuclear weapons there constituted a threat as well as an incitement and, de facto, an invitation to Russia to preempt Ukraine and take out those weapons.

Even though today’s situation is vastly different and Ukraine is under attack by Russia, any Ukrainian effort to build intermediate-range ballistic missiles would almost certainly drive Russia to attack it preemptively. Moreover, no one in Europe would do anything to prevent Moscow from doing so given the weakness that characterizes too much of European defense policy. The United States wouldn’t retaliate either under such circumstances. Thus strategically, building such missiles, even though it is understandably emotionally satisfying and perfectly within Ukraine’s right after the United States backed out of the Intermediate-range Nuclear Forces (INF) Treaty, invites a much greater strategic disaster.

Operationally too, this would be a misguided decision because it responds to the wrong threat while overlooking the existing threat. The correct response to the current threat—a conventional invasion using land and sea forces—is in Ukraine’s hands. Ukraine has the means to decide to build these capabilities or to obtain them from abroad.

Moscow has steadily reinforced its ground and naval forces confronting Ukraine. The so-called separatists, in reality Russian forces, are now wholly assimilated into the Russian army. Russia has also built up twenty-eight tactical battalion groups, naval, and air forces in Crimea and may well be contemplating a new offensive as we approach spring. If the upcoming Ukrainian election turns out to have negative consequences for Moscow’s interests, a new offensive becomes more likely. While we cannot be sure that Moscow will attack, Ukraine undoubtably needs major upgrades to its defensive capability to ward off any possible offensive on land or sea.

Rather than high-precision missiles, Ukraine needs land-based short-range missiles, anti-ship, and anti-air missiles and all the elements of a combined arms defense of its maritime borders, including the Sea of Azov and Kerch Strait; it also needs radar and counter-battery mortars along with command and control and intelligence, surveillance, and reconnaissance equipment to ensure the precision guidance of these missiles. The combined arms defense of Ukraine’s maritime frontiers should begin with land-based shore defenses and then extend into anti-air and anti-ship capabilities that would impose high costs on the Russian Navy if it attacked. Producing such capabilities or acquiring them from external powers like the United States would go far to negate Russia’s ability to launch this offensive.

But for this to happen, Ukraine needs major defense reform first. Kyiv is only now taking possession of two US cutters that have been sitting for years in the Baltimore harbor, where they did nobody any good, due to the government of Ukraine’s obstruction and malfeasance. (The United States offered the boats in 2014.) Such incompetence is intolerable, especially during war, and is not confined to this episode.

Poroshenko or his successor if he loses the election must make defense reform a priority. The Ministry of Defense and Ukraine’s defense industrial sector (Ukroboronprom) must produce the right capabilities needed to impose severe costs upon Moscow and blunt any possible Russian offensive.

Chasing after chimeras like intermediate-range ballistic missiles achieves nothing operationally or strategically for Kyiv. It does quite the opposite. Though calling for such aggressive ripostes to Moscow may play well in Kyiv or Odesa, strategy should be made of sterner stuff.

Image: Ukraine's President Petro Poroshenko (3rd R) attends a ceremony to hand over weapons and military vehicles to servicemen of the Ukrainian armed forces at an airforce base near Zhytomyr, Ukraine December 21, 2018. Mikhail Palinchak/Ukrainian Presidential Press Service/Handout via REUTERS