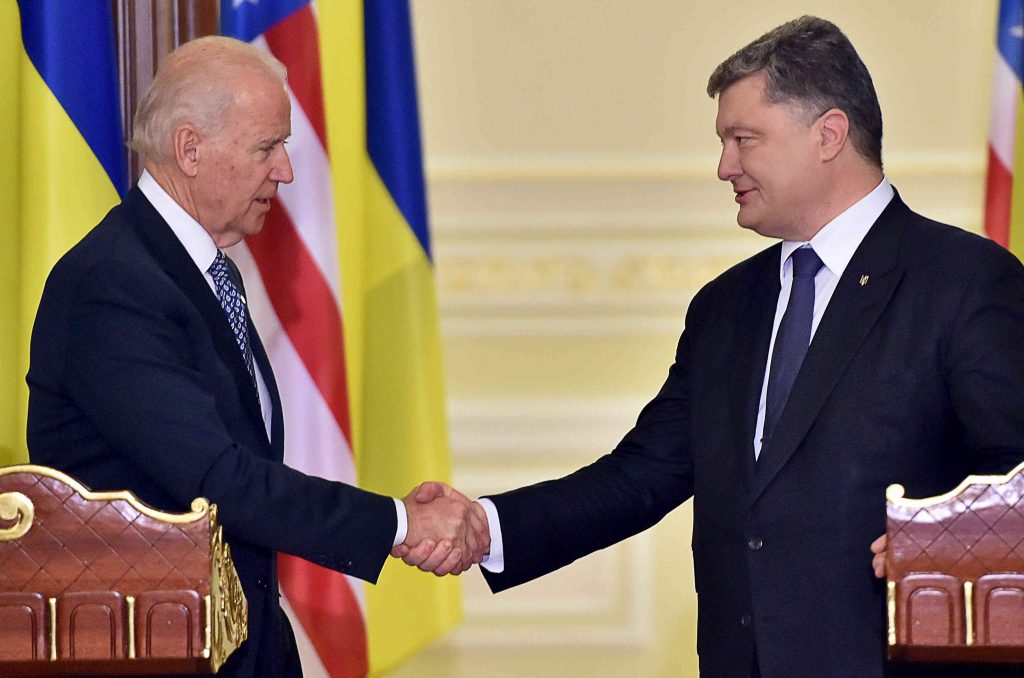 “Today Russia is occupying sovereign Ukrainian territory. Let me be crystal clear: the United States does not, will not, [and] never will recognize Russia’s attempt to annex the Crimea,” US Vice President Joe Biden said in a December 8 address to Ukraine’s parliament.

The parliament gave Biden a standing ovation. Geoffrey Pyatt, US Ambassador to Ukraine, described the atmosphere in parliament as “electric.”

“Sovereign states have the right to make their own decisions and choose their own alliances,” Biden said.

“The United States stands firmly with the people of Ukraine in the face of continued—and I emphasize continued—aggression from Russia and Russian-backed separatists,” Biden said during a joint briefing with Poroshenko following bilateral talks on December 7.

The Vice President said that there will be no sanctions relief for Russia until it meets “all of its commitments” under the Minsk Agreements.

He pledged an additional $190 million in new assistance to fight corruption and support reforms.

“[A]s long as you continue to make progress to fight corruption and build a future of opportunity for all Ukraine, the United States will stand with you,” Biden said.

Biden described Ukraine’s fight against corruption as a “historic battle” and cautioned parliament that “Ukraine cannot afford for the people to lose hope again.” He told Poroshenko that the country has “one more chance,” which “means ramping up the pace of reforms.”

If lawmakers succeed, they will have the chance “to be the founders” of a truly free, democratic Ukraine for the first time, Biden encouraged.

The visit was Biden’s fourth trip to Ukraine’s capital, and he frequently speaks with Poroshenko by telephone. They speak so often that Biden quipped “I tend to be in more direct conversation for longer periods of time with the President than with my wife.”

Melinda Haring is the editor of the Ukraine Alert at the Atlantic Council.

Image: Ukrainian President Petro Poroshenko (R) shakes hands with US Vice President Joe Biden after delivering a statement on the results of their talks in Kyiv, December 7, 2015. Credit: REUTERS/Sergei Supinski/Pool