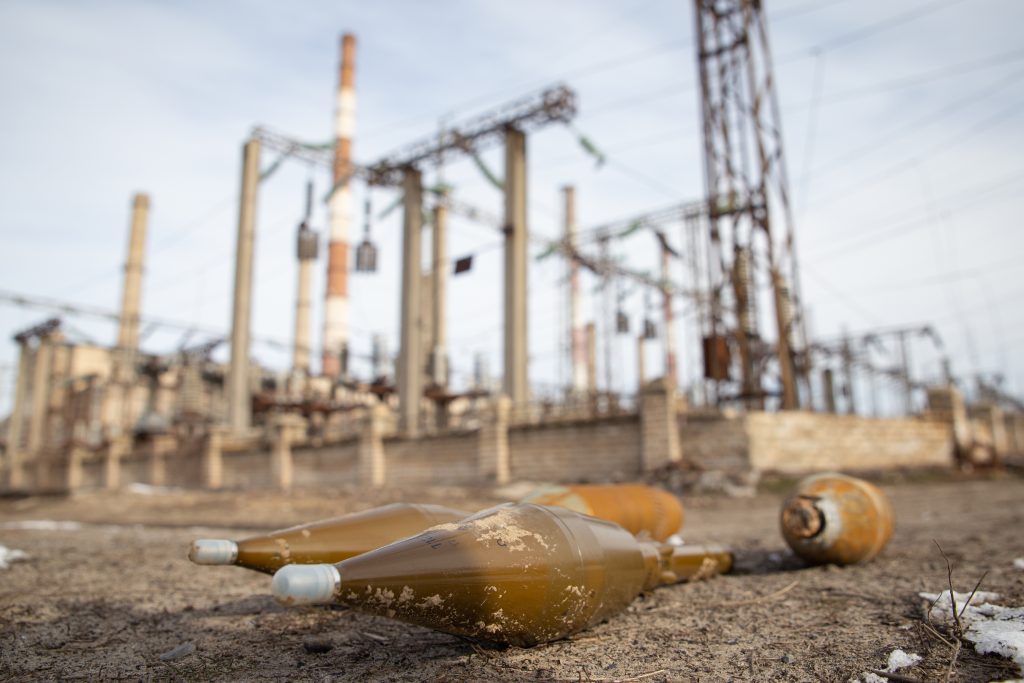 In the hours before Russia launched its February 24 invasion of Ukraine, the Ukrainian authorities disconnected from the Russian electricity grid as part of long-scheduled plans to test the country’s readiness to join the European power system.

Despite the extreme circumstances of the rapidly escalating conflict, these plans to integrate Ukraine’s energy infrastructure have dramatically accelerated. With the war now in its fourth week, Ukraine has struck a significant blow to Russia by successfully integrating into the European grid.

Since 2017, both Ukraine and Moldova have been preparing to disconnect from the old Soviet grid and synchronize with the European system in a move designed to boost their security and allow them to expand their energy trade relations with other European countries. Full synchronization had been scheduled for 2023 with the two countries expected to conduct preliminary tests in winter and summer 2022.

The first planned trial was meant to begin on 24 February. As Moscow unleashed its invasion that day, Kyiv subsequently refused to reconnect, requesting instead emergency synchronization with European lines operating under the umbrella of the European Network of Transmission System Operators for Electricity (ENTSO-E).

Ukraine’s request was as visionary as it was audacious. By disconnecting from the Russian system and linking up with ENTSO-E infrastructure, there was hope that Moscow could not bring Ukraine to its knees by depriving it of life-saving electricity supplies. However, there was no firm guarantee that ENTSO-E would green light the emergency synchronization or that if it did, Ukraine could continue to keep the system running while withstanding relentless Russian attacks against power lines and power plants.

For more than two weeks, Ukrainians faced a nail-biting race to keep the country’s nuclear and thermal generating plants running in wartime conditions and prevent the transmission system from collapsing.

The challenges they faced verged on the superhuman, from forming human shields to protect nuclear power plants from Russian attacks to finding delivery routes for coal supplies to thermal power plants as an alternative to Black Sea ports blocked by Russia. Meanwhile, electricity engineers braved bombs and bullets to fix transmission lines.

To paraphrase a European electricity consultant writing on social media: “it is already an extraordinary achievement to run an electricity system in isolation in normal times. To do so under raining bombs is unheard of.” Ukraine actually went even further, working with neighboring Moldova to ensure the country’s infrastructure remained unaffected by the war throughout this period.

This remarkable achievement has not yet received the recognition it deserves. Indeed, it would be hard to guess the drama involved or the tremendous victory that Ukraine and Moldova gained based on the unassuming press release issued by ENTSO-E stating that on March 16, both countries had synchronised with the European system in emergency mode.

In the short term, this breakthrough means that even if Russia were to hit more critical infrastructure, Ukraine and Moldova would be able to access electricity supplies from neighboring European countries including Romania, Hungary and Slovakia. The available transmission capacity is just over two gigawatts and could cover anything between 10-20% of daily Ukrainian and Moldovan demand.

In the longer term, the synchronization has potentially profound political and economic implications.

On the one hand, it will allow Ukraine and Moldova to speed up their integration process with EU energy markets. Its importance is not only symbolic but also existential for Moldova in particular, which had been historically dependent for 80% of domestic demand on electricity generated in Kremlin-controlled Transnistria, an unrecognised republic on the left bank of the Dniester River where Russia continues to maintain troops.

For Ukraine, the long-term gains are also significant not least because in a scenario where the country emerges victorious over Russia, ENTSO-E synchronization would help it to rebuild a new energy system where it could start phasing out old thermal power plants and rely on electricity imports while consolidating its own new green infrastructure.

There is no doubt that for now, the situation remains highly volatile. The future of Ukraine’s energy sector and infrastructure will depend on the course of the war and events in the days and weeks ahead. One thing, however, is clear. The brave men and women of Ukraine’s energy sector who have risked their lives to protect vital infrastructure while battling to see their European market integration dream come true deserve a chapter of their own in Ukraine’s history books.

Dr. Aura Sabadus is a senior energy journalist who writes about Eastern Europe, Turkey, and Ukraine for Independent Commodity Intelligence Services (ICIS), a London-based global energy and petrochemicals news and market data provider. You can follow her on Twitter @ASabadus. The views expressed in this article are her own.

Image: Artillery shell casings lie on the ground near to a Ukrainian power plant. March 2022. (Alexander Reka/TASS via REUTERS)