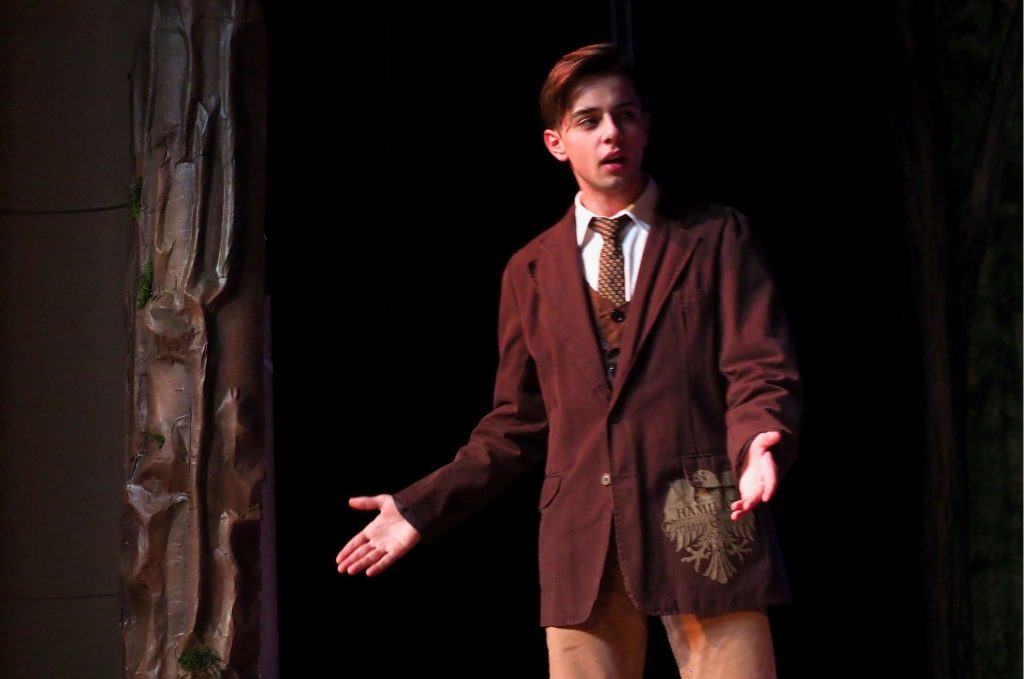 Eighteen-year-old Tetiana Tsunik, who grew up in a tiny village in eastern Ukraine, won a full ride to the Taft School in Watertown, Connecticut, a well-regarded prep school. There she’s taking two Advanced Placement courses plus six others. She’s part of the debate club, and is editor-in-chief of two student publications. Last summer, she spent two weeks as a reporter at the Kyiv Post, the top English-language newspaper in Ukraine, and wrote five stories.

Vlad Ivanchuk, a nineteen-year-old from Lutsk, just earned a full scholarship to Harvard after studying at Westminster School in Connecticut. Last summer, he worked on a cutting-edge research project in Lviv that combines behavioral economics and machine learning.

Yevhennia Dubrova, a seventeen-year-old from Donetsk oblast, loves Hemingway and wants to be an English-language journalist in Kyiv someday. She’s a scholarship student at St. Mark’s in Massachusetts who is taking three Advanced Placement courses plus Mandarin. This summer she will study writing at Cambridge University.

Iryna Khovryak, a nineteen-year-old computer science student at Haverford College in Pennsylvania, will spend the summer interning at Facebook in California. After she graduates, she wants to work in Lviv’s booming tech sector.

Oleh Shostak, an eighteen-year-old student from a village of forty-five people in central Ukraine, landed a spot at Choate, where he’s loading up on sports and taking just about every advanced math and science course he can find. Oleh sees Ukraine as a great place for engineering or computer science after he graduates from an American university.

Their secret: Ukraine Global Scholars, a private initiative launched in 2015 that helps prepare Ukrainian high schoolers for the competitive admissions process at the best US boarding schools and universities. The students all come from modest backgrounds: Tsunik’s father is a miner, for example; Khouryak’s mother works for a bank and her father is unemployed.

“We want to raise a new generation who will come back and work in Ukraine,” said Julia Lemesh, president of the US-based foundation. Inspired by the Maidan, Lemesh, a graduate of Queen Mary University of London, and her husband Misha, a graduate of Harvard University, wanted to give back in some way.

“If not for the Maidan, we wouldn’t do this project,” Lemesh said.

Lemesh said UGS is an educational initiative, but it’s also an ambitious project to change Ukraine. “If we’ll be able to nurture 2,000 Ukrainians in the next 20 years, then corrupt officials will be afraid of us,” Lemesh said.

The Lemeshs saw an immediate need they could fill after the Maidan. There were plenty of other scholarship funds to send Ukrainians to international graduate schools, but no one was helping high school students.

Together with University of Pennsylvania graduate Yuliya Sychikova, the Lemeshs launched an initiative that has enabled forty-one high school students to enter some of the top US boarding schools and colleges on full scholarships. Since 2015, UGS has helped students raise $9 million in financial aid. All costs, including tuition, room and board, travel, insurance, textbooks, and laptops are covered.

Ukrainians are massively underrepresented in international education. Annually, fewer than 1,900 study in the United States. Leveraging this underrepresentation, UGS has placed its students at top colleges, from Harvard to Haverford, and elite boarding schools, including Deerfield and Choate.

The results speak for themselves. In 2017, UGS accepted eighteen students. All of them were accepted into programs with full scholarships.

UGS prepares its students through a rigorous training program. It receives 500 applications per year. Fifty percent make it to round two, which consists of two online tests for math and English. Those who make the third round must impress interviewers.

After the selection process ends, UGS trains its students for international exams, including the TOEFL and the SAT. At a ten-day boot camp in Lviv oblast, students get help with essay writing, digital intelligence, and constant feedback.

“They have no idea what an essay is. They copy and paste. They don’t know how to present themselves,” Lemesh said.

The admissions process to US universities and prep schools can be baffling even to native born applicants, so staff explain all the elements of a competitive application, from writing a compelling personal essay to excelling at interviews. They also help students complete financial aid forms.

In September, students are matched with mentors who help them meet deadlines with weekly Skype calls. Then the students take the TOEFL and SAT in Kyiv or Lviv, and the program pays for all exam fees.

By January 15, all applications must be submitted.

“The finalists are not just smart kids who speak English well. They’re extremely giving people,” Lemesh notes. She says they’re patriotic, have shown leadership in their communities, and are committed to coming back to Ukraine.

Khovryak and another UGS finalist, for instance, formed a nonprofit that prints 3-D maps and educational resources for blind children in Lviv and Kyiv. She and five other friends won a grant from the Lviv city council for a 3-D printer.

Lemesh says that some in Ukraine are skeptical that UGS will only contribute to Ukraine’s brain drain problem. Somewhere between one-sixth and one-fifth of the workforce is already abroad.

However, all five of the UGS finalists I interviewed said they want to return home. Plus, UGS intentionally fights brain drain. UGS students must sign a contract pledging to return to Ukraine for five years within five years upon their graduation. If they don’t, they must pay $10,000. Plus, most students spend part of the summers as interns at top Ukrainian companies in Kyiv and Lviv.

“The contract itself isn’t the most important part,” Ivanchuk said. UGS only accepts people who want to give back to Ukraine.

Ivanchuk recently returned to Lutsk during spring break with a “Harvard brother” T-shirt for his eleven-year-old sibling. “It’s never too early to start thinking about the process,” he said with a laugh.

How you can help

Image: Vlad Ivanchuk, a nineteen-year-old from Lutsk, Ukraine, just earned a full scholarship to Harvard after studying at Westminster School in Connecticut as a Ukraine Global Scholar. Here he performs in a school play. Credit: Courtesy