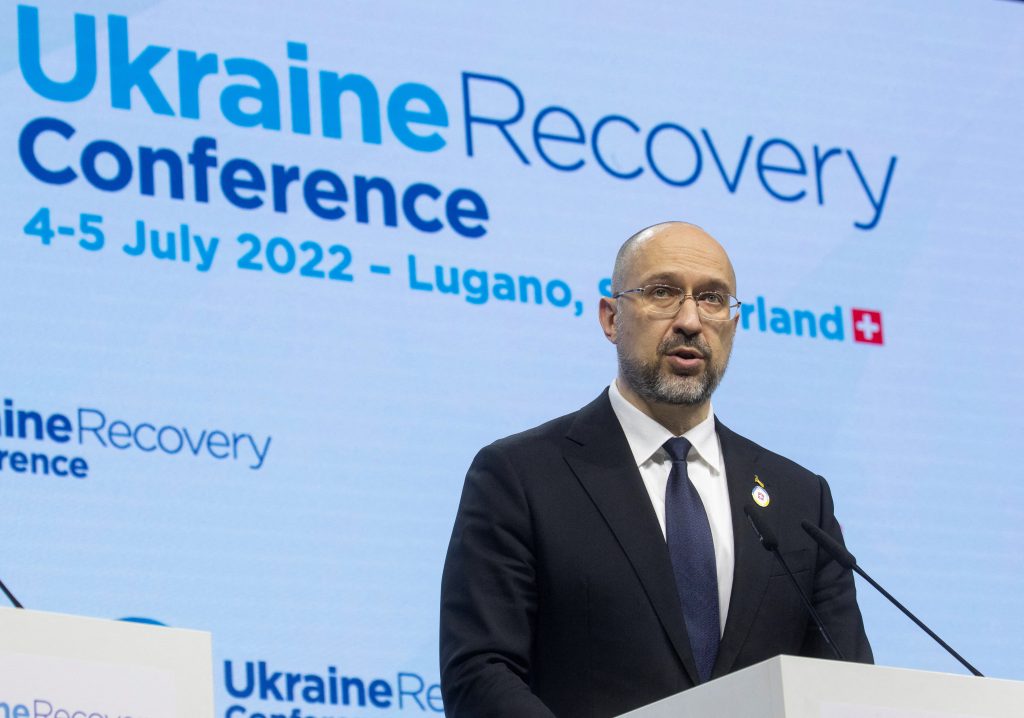 At the conclusion of the first Ukraine Recovery Conference in Switzerland on July 4-5, representatives of 42 donor countries and five international organizations issued the Lugano Declaration. This document identified seven Lugano Principles for the rebuilding of Ukraine.

The third principle stressed the central importance of legal system reform. “The recovery process has to be transparent and accountable to the people of Ukraine. The rule of law must be systematically strengthened and corruption eradicated,” it stated.

Few would disagree that the rule of law is essential for Ukraine’s post-war prosperity. This has long been the consensus opinion among Ukrainian reformers and the country’s international partners. However, previous efforts to implement such reforms have fallen short. What is required to make sure that next time is different?

It is typically illegal to smash someone’s window or to break down someone’s door, but there is an important exception. The fire brigade has legal authority to intentionally break any windows or doors as may be needed in a crisis situation in order to help save lives and to extinguish a blaze.

Ukraine’s legal system has been a smoldering crisis situation since independence. When the time comes to begin Ukraine’s post-war reconstruction, Ukraine will need to establish a “legal fire brigade” that will have the authority and the resources to implement the kind of thoroughgoing change and reform of the entire legal system that will be required in order to significantly improve Ukraine’s rule of law and facilitate a successful physical reconstruction, as has been pledged at the Lugano Conference. The very real chance of progress toward EU accession provides further additional motivation.

In most Western countries, rule of law principles developed over a period of centuries. Given Ukraine’s comparatively brief three decades of independence, it should not come as a surprise that efforts to establish the rule of law have been a challenge. This is particularly so given that Ukraine emerged from the ruins of the Soviet Union and inherited what was a fundamentally debased legal system.

Legal reform efforts since independence have met with some localized successes. The Prosecution Service has undergone partial reform and is no longer quite the monster it was during the early post-Soviet period. New laws have modified the government’s police powers, while some new institutions such as NABU (the National Anti-Corruption Bureau) have been created with Western support. Unfortunately, some reform efforts themselves are now in need of reform.

The judiciary remains a mess. Western insistence on judicial independence did not foresee that such increased independence in the post-Soviet period would produce segments of the judiciary that happily felt independent in the sense of being completely unaccountable. The result has been brazen judicial corruption. Meanwhile, some agencies involved in law enforcement such as the SBU have evaded review and reform altogether.

Previous legal reform efforts have faced various hurdles. These have included the absence of political will along with numerous legal or institutional barriers to reform.

The Executive Committee should consist of at least two highly-placed representatives of the Executive Branch, one from the Office of the President and one from the Cabinet of Ministers, and two members of the Ukrainian Parliament. The rest of the Executive Committee should consist of a mix of persons with training and experience relevant to this project, some from Western countries who also have experience in Ukraine or in other post-Soviet countries and a parallel set of Ukrainians with experience in analogous professions or agencies.

More specifically, it would be valuable to have three experienced judges from the West, two from countries with Anglo-American common law legal systems and one from a country with a EU civil law system, and two Ukrainian judges, one a trial court judge and one with appellate, Supreme or Constitutional Court experience.

The Executive Committee, with the help of support staff and the Advisory Council, would be charged with producing a holistic plan of reforms that included drafts of proposed parliamentary legislation, proposed administrative rules and regulations, proposals for improved legal education, and proposals for creating, reorganizing or dismantling units within ministries, agencies or other institutional structures.

The project’s operational goals would include significantly reducing corruption, increasing overall legal system effectiveness, and avoiding harmful unintended consequences that arise when proposed changes are not well thought out.

The entire project would need to be funded by a consortium of countries and international organizations that will be investing in Ukraine’s reconstruction. The time frame would be three years with an additional year if required to complete some portion of the project. In order to make sense, the project would require a specific and public commitment in principle by both the executive and legislative branches of Ukraine’s government to adopt the reforms being proposed and generated by the Executive Committee.

Year to year funding for the project by Western supporters should be contingent on the Ukrainian government’s living up to its part of the bargain. This kind of systemic innovation is the only way to radically transform Ukraine’s broken legal system and provide the country with the rule of law foundations it requires in order to build a better future.

Bohdan Vitvitsky is a former Resident Legal Advisor at the US Embassy in Ukraine and Special Advisor to Ukraine’s Prosecutor General.

Ukraine’s remarkable wartime synchronization with the electricity grid of continental Europe moved up a gear at the end of June with the landmark launch of commercial electricity exports to neighboring Romania.

Putin weaponizes Russian passports in his genocidal war against Ukraine

Vladimir Putin’s decision to expand fast-track Russian passport distribution to the whole of Ukraine is a clear signal that his imperial appetite is not limited to the Ukrainian regions currently under Kremlin control.