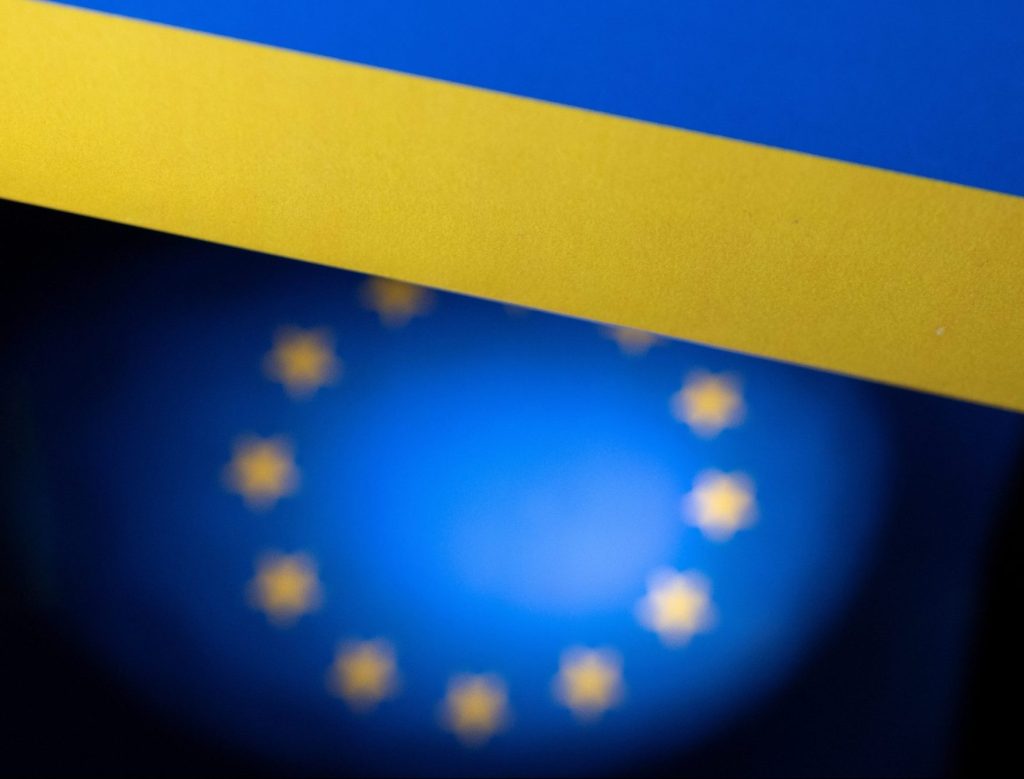 Ukraine’s synchronization with the electricity grid of continental Europe moved up a gear at the end of June with the landmark launch of commercial exports to neighboring Romania.

Such an achievement would have been unthinkable just five months ago. Ukraine’s integration with the European network of transmission system operators for electricity (ENTSO-E) was not scheduled to take place until 2023 and was subject to passing difficult tests and breaking free from the old Soviet lines linking the country to the Russian and Belarusian grids.

However, Ukraine outperformed all expectations in synchronizing with the European system well ahead of time despite the exceptionally gruelling circumstances of Europe’s largest conflict since WWII. This made it possible for the Ukrainian electricity grid system operator, Ukrenergo, to allocate the first 100 megawatts (MW) of transmission capacity for commercial exports to neighboring Romania.

The interconnection capacity is small for now but the Ukrainian operator expects to increase it gradually to 1.5 gigawatts (GW) before the end of this year and expand it to additional neighboring ENTSO-E countries Slovakia and Hungary shortly, subject to further upgrades in order to stabilize the relevant infrastructure.

Ukraine’s operator also expects to raise the capacity of a separate isolated power line with Poland to 1GW by the beginning of next year. This will allow Ukrainian companies, which already use around 220 megawatts on this interconnector, to ramp up exports.

The importance of Ukraine’s synchronization with ENTSO-E cannot be overstated. In the very short-term, the country will become a source of cheap energy for the region at a time when Russia’s deliberate curtailment of gas deliveries to Europe has sent energy costs sky high.

Russia’s invasion of Ukraine led to a dramatic reduction in domestic Ukrainian energy demand as thousands of consumers have been disconnected from the grid and companies struggle to collect payments. This means that Ukrainian electricity spot prices are suppressed, currently hovering around EUR 80.00/MWh. This is highly competitive compared to neighboring European countries, where prices are more than three times higher.

The gaping price difference explains why within minutes of Ukrenergo and ENTSO-E announcing the launch of commercial exports, dozens of Romanian and Ukrainian traders were phoning each other to sign deals. The capacity was tendered in line with European rules and four companies were allocated various hourly export profiles for June 30, the first day of commercial flows.

If Ukraine successfully launches commercial flows to other European borders and expands the overall transmission capacity to 2.5GW by next year, the increase would help continental European countries save some five billion cubic meters in Russian gas annually which is currently used for electricity generation purposes.

The volumes would be around half of Romanian or Hungarian annual gas demand and would bring major relief to the region which does not enjoy as much flexibility as Western European countries when it comes to accessing alternative liquefied natural gas via on- or offshore importing terminals.

Ukrainian exports would also help neighboring countries to tap cleaner nuclear electricity as Ukraine relies on the source for most of its baseload generation and is looking to phase out coal-fired power plants.

The merits of Ukraine’s synchronization with ENTSO-E are so high that even Turkey-based companies are looking to obtain trading licences in Romania or Hungary to take advantage of the opportunities that this recent development brings.

In the longer term, once the current war with Russia ends and the reconstruction of Ukraine begins, the country’s electricity consumption is expected to soar, requiring imports in addition to its own domestically generated volumes. This will create new opportunities for neighboring countries to ramp up production and develop their own domestic electricity sectors to respond to rising Ukrainian demand.

Just over four months ago, Russia launched its invasion of Ukraine hours after Ukrenergo had completely disconnected from the old Soviet grid in order to perform a required test in anticipation of next year’s scheduled full ENTSO-E synchronization. The Kremlin was expecting the country to surrender within days, unable to operate its electricity system in isolation and disconnected from the Russian grid.

Instead, Ukraine severed all ties with the Russian grid, fully aligned with the European system well ahead of time, and is now looking to play a growing role in the electricity market of the wider region. This is a remarkable Ukrainian success story and it is also good news for Europe.

Aura Sabadus is a senior energy journalist who writes about Eastern Europe, Turkey, and Ukraine for Independent Commodity Intelligence Services (ICIS), a London-based global energy and petrochemicals news and market data provider. You can follow her on Twitter @ASabadus.

British Prime Minister Boris Johnson’s domestic approval rating has hit rock bottom but he is the most popular foreign politician in Ukraine thanks to his support for the country in its fight against Vladimir Putin’s invasion.

Image: Ukraine’s remarkable wartime synchronization with the electricity grid of continental Europe moved up a gear at the end of June with the landmark launch of commercial electricity exports to neighboring Romania. (REUTERS/Dado Ruvic/Illustrations)