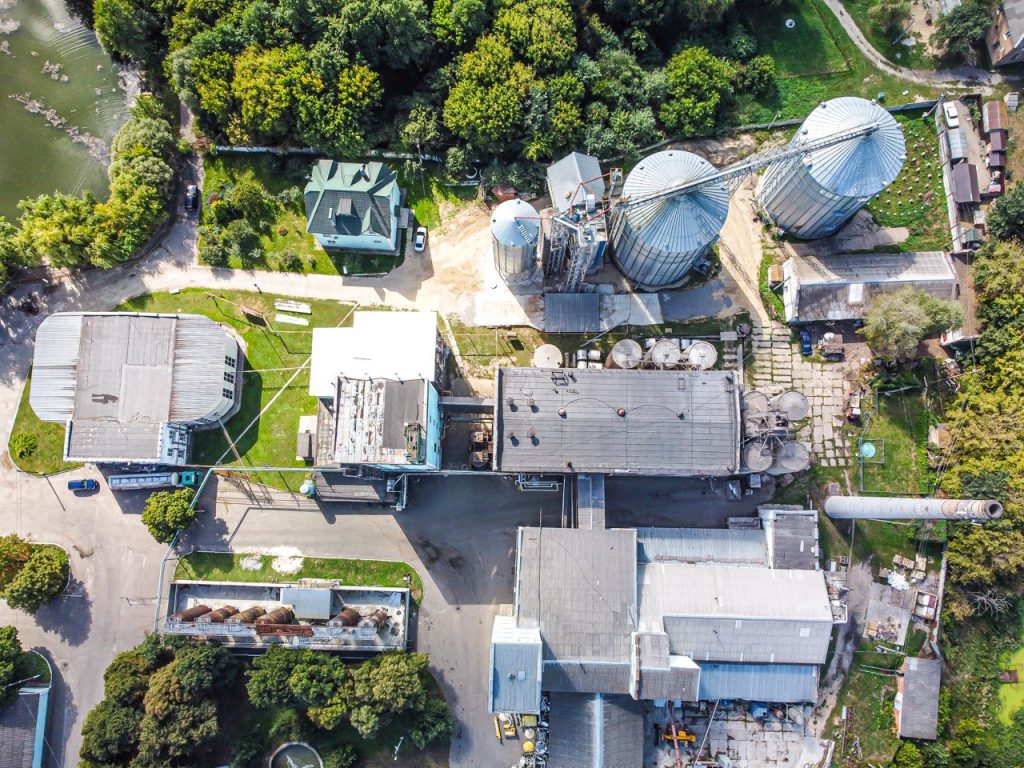 Ukraine has long been known as Europe’s breadbasket, but the country’s famed wheat and corn supplies are also the raw materials that fuel the Ukrainian alcohol industry. Ukraine’s agricultural abundance leaves it theoretically well-placed to become a major producer of quality alcoholic produce. Instead, the alcohol industry has spent many years mired in inefficiency and corruption. An ambitious selloff of Ukraine’s state-owned enterprises now aims to transform the sector.

In 2010, over forty Ukrainian distilleries were merged into the state-owned enterprise Ukrspirt. This state monopoly soon ran into problems. The biggest issue was corruption, which led to a dramatic decline in production. Meanwhile, the shadow market ballooned to around UAH 10 billion per year, none of which reached the state coffers. A second big problem was the growing number of idle state-owned facilities.

In a bid to revitalize the alcohol industry and combat corruption, President Zelenskyy signed a law in late 2019 that would abolish the state monopoly of alcohol production from July 1, 2020. This marked the start of a reform process that is now gathering momentum.

The privatization of state-owned alcohol-producing enterprises is being managed by Ukraine’s State Property Fund in cooperation with Ukrspirt. Priority is given to idle plants, which are being put up for sale first. Those that are currently functioning will go under the hammer later. In order to maximize transparency, auctions are held via Ukraine’s ProZorro.Sales electronic public procurement system.

The big selloff is already underway. On October 15, the inaugural auction took place and the first state-owned Ukrainian distillery was privatized. This initial sale target was an idle enterprise located in the town of Nemyriy in central Ukraine’s Vinnytsia Oblast. It became the property of well-known Ukrainian alcoholic beverage brand Nemiroff. The privatization sale price was UAH 55 million (almost USD 2 million), which was UAH 5 million above the starting price.

More sales have since taken place during the second half of October and throughout November 2020. A total of 13 further enterprises have undergone privatization, generating around UAH 750 million for the state budget.

Successful privatization is just the beginning of what is envisaged as a far longer process. Radical changes are expected in Ukraine’s alcohol production industry as a result of this historic selloff. The privatization program anticipates the modernization of often outdated or rundown production facilities by new private sector owners. Revived competition in the sector will help drive development, while also generating increased budget revenues for the Ukrainian authorities.

In order to grasp the significance of the current bid to transform Ukraine’s alcohol market, the process needs to be understood in a broader historical context. Until the reform process began in July 2020, the monopolized alcohol sector was one of the most criminal markets in Ukraine. Corruption thrived. Together with inefficient management, outmoded technologies, and inactive enterprises, this served to artificially inflate the cost of state-produced alcohol.

Unsurprisingly, perhaps, the sector saw virtually no investment. This led to a decline in Ukraine’s alcohol export potential. Only 15 of 87 distilleries were operational, with employees at non-functioning enterprises liable to lose their jobs or left struggling to survive on very low salaries.

July 2020 was a watershed moment for the industry that marked the end of Ukrspirt’s monopoly. Since then, the Ministry of Finance has begun issuing alcohol production licenses to other state-owned enterprises. Investors who participate in the privatization process also automatically receive the appropriate licenses to enter the Ukrainian alcohol market.

This market entry makes the current privatization drive of obvious interest to alcohol producers. Many of the sites up for sale also offer excellent logistics including prime locations, good access roads, and close proximity to highways. This could be appealing to a range of entrepreneurs. For example, the current coronavirus pandemic has opened up great opportunities for companies producing antiseptics.

So far, there has been considerable interest from Ukrainian and international investors. Any potential buyers of state-owned distilleries must commit to maintaining the current production profile and keeping at least 70% of the existing workforce employed until July 1, 2021.

The entire privatization process has been conceived as a step towards the regeneration of a potentially lucrative segment of the Ukrainian economy that has spent years stagnating. The fate of the Ukrainian alcohol industry over the past decade is a reminder that state-owned enterprises are rarely equipped to serve as engines of economic growth in the post-Soviet world. On the contrary, they are typically burdened with obsolete equipment and vulnerable to corruption, leaving them unable to compete with international producers. This inefficiency is very expensive for Ukrainian taxpayers.

The successful privatization of Ukraine’s state-owned alcohol producers will once again confirm that the Ukrainian economy is, in fact, developed mainly by private businesses. It is private investors who build new factories, purchase modern equipment, create jobs, and export products effectively.

I remain convinced that the state should not monopolize the alcohol market. It should limit its involvement to establishing the rules of the game, controlling the quality of products, issuing the relevant licenses to reputable producers, and collecting taxes. The rest should be left up to private business and investors.

Image: The state-owned Chervona Sloboda distillery in Kyiv region is one of dozens scheduled for privatization. (Courtesy image)