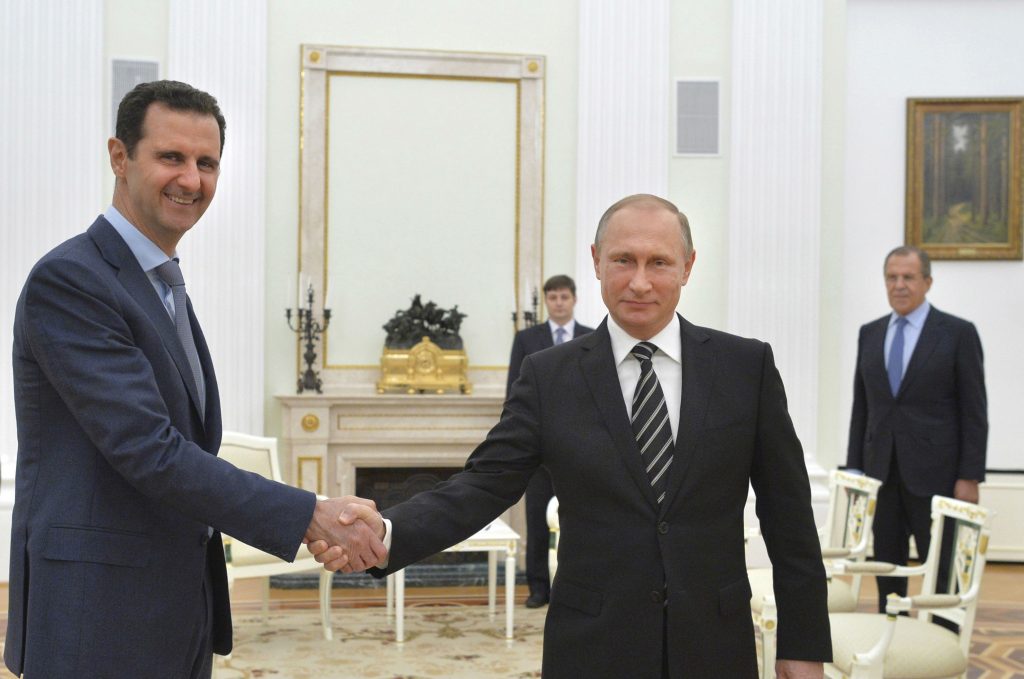 Therefore, the publication of Putin’s Master Plan: To Destroy Europe, Divide NATO, and Restore Russian Power and Global Influence (Encounter, 2016) by veteran democratic pollster Douglas E. Schoen and Evan Roth Smith is most welcome: it puts the current events around Trump’s election campaign into a broader context. No book of this kind has been published since Edward Lucas’ The New Cold War in 2008, which now stands out for its foresight.

The nature of Russia’s President Vladimir Putin is a popular theme, because the man is inscrutable, being everything to everybody as either a skillful politician or an influence agent. A common view is that he is an eminent tactician but no strategist, with his primary strength being surprising improvisations. It is often said that he is a judo fighter but no chess player.

The authors of this book, however, argue convincingly that Putin has a global strategy and it is to break up the NATO alliance and potentially defeat the West. Their thesis is that “Putin is a calculating master of geopolitics with a master plan to divide Europe, destroy NATO, reestablish Russian influence in the world, and most of all, marginalize the United States and the West in order to achieve regional hegemony and global power. And his plan is working” (p. vi). They offer a survey of all the potential targets of Russian aggression and conclude that “Putin’s master plan is designed to make the twenty-first century a Russian century” (p. 27).

Five out of nine chapters are devoted to the Kremlin’s techniques of aggression. Schoen and Roth Smith subscribe to the idea of hybrid warfare, offering an overview of what it amounts to. They discuss its many aspects: military action as seen in Georgia, Ukraine, and Syria; espionage; propaganda and cyber warfare; support to rogue regimes and terrorists; energy policy; and financial support to proxies in Europe and now the US. Their ambition is not to offer readers any new revelations, but to provide a clear picture of how many and extensive the Kremlin’s activities are. They express respect for Kremlin successes. “Putin’s sudden strike in Syria was a master class in interventionism and a stark counterpoint to failed Western efforts in Iraq, Afghanistan, and Libya.” (p. x).

The authors devote two chapters to criticism of current Western policy. “In the face of Putin’s naked aggression in Europe, the West has shown a level of incompetence that approaches impotence.” They lament “the shameful inadequacy of the Western response to Putin, as well as the embarrassing state of America, NATO, and EU military preparedness” (p. 123). Most of all they criticize the EU, which “is growing more wobbly by the day, with the UK’s shocking Brexit vote an ominous harbinger of future European disintegration” (p. ix).

But they also scold the Obama administration for being far too complacent, focusing especially on Obama’s prediction that Russia’s intervention in Syria was “just going to get [Russia] stuck in a quagmire and it won’t work” (p. x). The authors claim that “Putin is ready for war and nobody else is. And he’s not going to stop until he is rebuffed. So far no one and nothing is standing in his way” (p. xii).

The book concludes with a clarion call for Western mobilization around NATO to deter Russia and defeat its hybrid warfare efforts, arguing that NATO must get serious and America needs to lead. The authors believe in Western economic and military strength and are convinced that the West is strong enough to stand up to this real and clear danger, but Europe and the US need to mobilize politically. Schoen and Roth Smith focus on Eastern Europe, especially Ukraine. They call for a permanent NATO troop presence in Eastern Europe, which is what the NATO summit in Warsaw effectively decided.

Needless to say, this book is not trying to show both perspectives, but sticks to one side of the argument. While it is well-documented, its focus is policy rather than academic research. Those who disagree will call it partisan and rightly so, but therein lies its appeal. This book shows no understanding whatsoever for Putin or his motives.

Putin’s Master Plan offers a fascinating and multifaceted account of Putin’s grand strategy of aggression, while lamenting the weak or even feckless Western response. It is highly readable and well researched. While criticizing Obama’s foreign policy, it is in effect far more critical of Trump’s foreign policy pronouncements. This is an important and timely book.