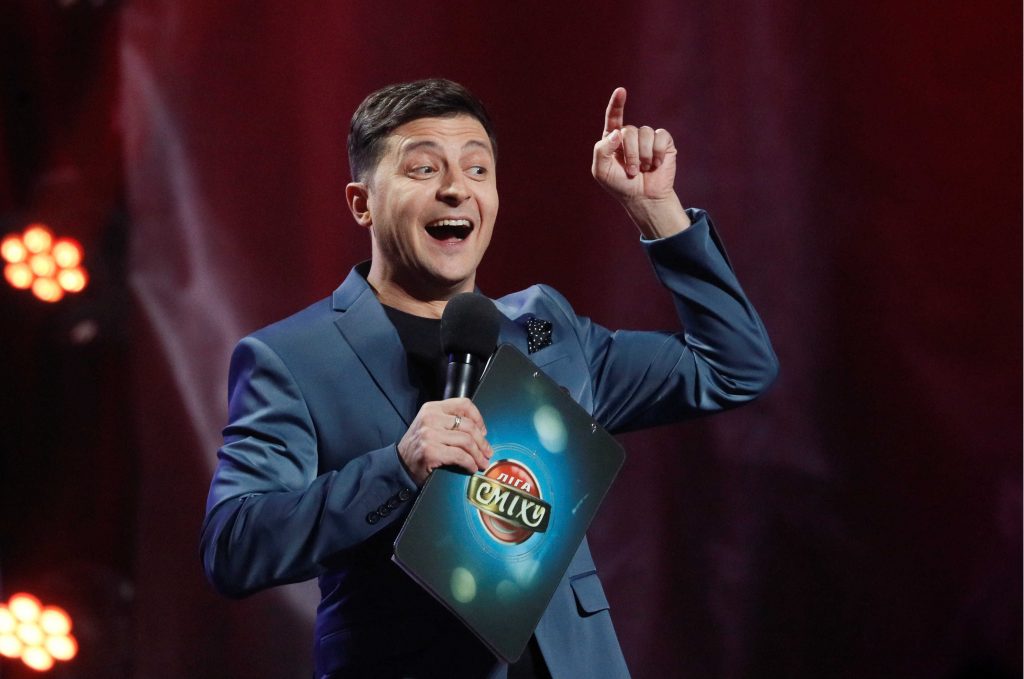 Comedian Volodymyr Zelenskiy tops the polls in Ukraine and may be the next president. Some argue that Zelenskiy is the country’s only shot at reform and that he might be able to break the old system.

Could Zelenskiy be a reformer?

The short answer is: No. Here’s why.

The American political scientist, Samuel Huntington, once wrote that revolution is easier than reform. Revolution is about breaking things from the outside—and anyone can do that, from a peasant with a scythe to a worker with a hammer to an intellectual with a pistol. Reform is harder—much, much harder—because it’s about changing things from within.

Reformers are people who want to improve a system of existing political, social, economic, and cultural institutions while being part of that same system. And radical reformers are people who want to modify existing institutions to such a degree that they alter the system of which they are a part. Neither reform, nor radical reform are easy. Both types of reformers need to have five qualities.

Third, reformers and radical reformers need to have a clear understanding of which changes of which institutions they intend to bring about and they need to be able to specify how those changes will take place. They can’t simply promise to make “things better” and that they’ll do their utmost to make sure that positive change occurs. In contrast to revolutionaries, reformers need to have something like a blueprint detailing how they expect to get from point A to point B and from point B to point C.

Fourth, reformers and radical reformers need to have something like a base that is more or less supportive of their vision. There has to be some constituency—preferably within the system—that wants the same changes. On their own, reformers can do nothing, no matter their possible brilliance.

Finally, reformers and especially radical reformers have to be devious. They need to cut deals in smoke-filled backrooms, trade horses and camels, forge compromises with dubious players, make promises they cannot keep, break promises they can keep—because the process of changing institutions from within means continually negotiating with anybody and everybody who can serve your purposes while at the same time maintaining the support of your allies and your base. Reformers have to be quintessential politicians—just the sort of people who give politics such a bad name.

How does Zelenskiy measure up?

He obviously has no intimate knowledge of Ukraine’s existing system of institutions. Nor does he understand how government institutions work. Mind you, that’s not his fault. He is, after all, a showman and comedian by profession, and I’m sure he knows the ins and outs of showmanship and comedy intimately.

He obviously doesn’t know the players—for the exact same reason. He does know Ihor Kolomoiskiy, but Dnipro’s notorious oligarch (who did help save Ukraine from Russia’s aggression in 2014 and contributed greatly to the revival of Jewish life) is hardly the universe of Ukraine’s political players. In effect, it’ll be Zelenskiy against the system—or, to put it in more graphic terms, a comedian against Ukraine’s deep state.

He obviously does not have a clear understanding of which changes of which institutions he intends to bring about and cannot specify how those changes will take place. To be sure, Zelenskiy could hire an army of consultants and self-styled reformers with the knowledge that he lacks. That would certainly help, but only up to a point. After all, a person who doesn’t know what he aspires to will have great difficulty determining just which advisors share his vision—or lack thereof. US President Donald Trump may be a case in point. Expect Zelenskiy’s advisors to become quickly disillusioned as they realize that their boss has no clue.

Zelenskiy obviously has no base within the system—and, if he does, then it’s Kolomoiskiy’s, which hardly bodes well for Zelenskiy’s ability to combat oligarchs and corruption. Zelenskiy may have a base of sorts outside the system—his voters in the southeast and among the young. But Ukraine’s southeast is anti-reformist, while Ukraine’s youth are likely to head west as soon as their hopes for Ukraine’s immediate transformation are dashed.

Zelenskiy may be devious, if only because actors and comedians have to be able to pretend. But is he ruthlessly devious? We don’t know.

We do know that Zelenskiy’s chances of being any kind of reformer are nil. Unless you believe that absolutely nothing has changed for the better in Ukraine since 2014, then Zelenskiy can only make things worse. He will either stop reform altogether or throw the country into the kind of administrative chaos that only an utterly inexperienced president can bring about. Can Ukraine afford a chaotic Trump?