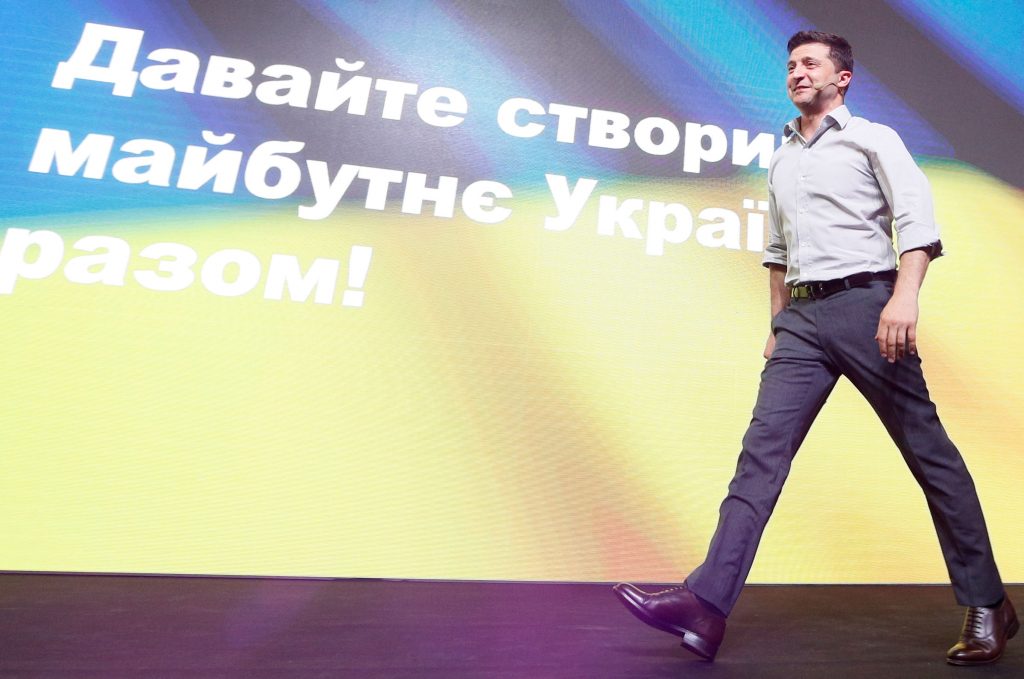 Ukraine’s domestic politics will change fundamentally in 2019. On May 20, Volodymyr Zelenskiy was inaugurated as president of Ukraine. The country’s upcoming parliamentary elections this summer or autumn will likely reconfigure much of the governing elite, and lead to deep changes in the country’s legislative, executive, and judicial branches.

Five major topics will keep Kyiv and its partners busy in 2019 and beyond. None are easy. They include politics, domestic reforms, gas, relations with the EU, and the Donbas conflict.

Since Zelenskiy’s inauguration four days ago, we have a slightly better picture of what is to come: the new president disbanded the parliament and called for early elections on July 21. Prime Minister Volodymyr Groisman will probably resign. But many issues remain unknown. Zelenskiy wants a new election law to govern the parliamentary elections, but the parliament has refused to consider his law. The details matter and the election law will influence who enters the next parliament.

Foreign observers also wonder how many and which new pro-reform parties will compete in the elections and what the likely composition of the new parliament will be. It’s possible that Zelenskiy’s party could end up dominating a new government, and if it doesn’t, the question is which parties will form the new coalition government. And, of course, the big question is who the new prime minister will be. There are rumors that Interior Minister Arsen Avakov and Naftogaz chief Andriy Kobolyev want the job, but everything is in flux.

After a new government is formed, it will confront a host of sticky problems.

The key issue will be negotiating a new agreement with the IMF. Will IMF funding be sufficient to cover Ukraine’s large debts due in the next few years? Will the IMF preserve or adapt its current policies toward Ukraine? The new government will also need to address gas prices for households, ensure that the Anti-Corruption Court operates without interference, and push forward with decentralization. Constitutional reform is another issue that the next parliament may take up.

Third, on natural gas, all eyes are focused on the fate of Nord Stream 2, Russia’s political project to control gas in Europe and bypass Ukraine all together. Through sanctions and regulation, it’s possible that the EU and the United States may be able to slow down its construction and use.

Ukraine’s relations with the EU are important. The primary issue will be how well and fast the ongoing implementation of the EU Association Agreement will proceed. Attracting more foreign direct investment from the EU and other world regions is a key challenge for the new president. Finally, the new government will need to suss out the intent of the EU. Is gaining an official promise of future accession once the respective conditions are fulfilled for Ukraine, Georgia, and Moldova realistic?

The fifth and perhaps most difficult issue for Ukraine concerns the Donbas conflict. What does Russia’s recently announced passportization of Donbas citizens mean for the Minsk Agreements? The new Ukrainian leadership will have to decide whether it can implement the highly contentious political parts of the Minsk Agreements.

If the Minsk process becomes obsolete because of passportization and other escalation, can the Normandy Format be preserved, and if not, can it be changed? Ukrainian politicians and diplomats have argued for a long time that the negotiations framework should be changed to the Budapest Memorandum of 1994 group, which is Ukraine, Russia, Great Britain, and the United States, or the Geneva Joint Statement of 2014 format, which includes Ukraine, Russia, the EU, and United States. Moscow would have to agree to such a change, which is unlikely.

If the current stalemate in eastern Ukraine continues, as most experts expect, Zelenskiy and his team may try to, at least, freeze the conflict and stop the daily shooting. If Moscow changes its position and agrees to a gradual solution of the Donbas conflict, then the conversation can shift to discussions about a UN peacekeeping mission and administration. The final thorny issue concerns Ukraine’s and the West’s approach to Russia’s continuing annexation of Crimea.

The length of this incomplete list and magnitude of the issues (and there are more) indicate that Zelenskiy’s job may be among the most demanding in the world. Ukraine’s new leadership will need all the support and advice it can get both from Ukrainian political and civil societies, as well as from the West, to successfully pass this difficult period.

Andreas Umland is a Senior Non-Resident Fellow at the Center for European Security at the Institute of International Relations in Prague, Principal Researcher at the Institute for Euro-Atlantic Cooperation in Kyiv, and General Editor of the ibidem­-Verlag book series “Soviet and Post-Soviet Politics and Society” and “Ukrainian Voice,” distributed by Columbia University Press.

Image: Ukraine's President Volodymyr Zelenskiy walks on the stage at an IT conference in Kyiv, Ukraine May 23, 2019. The sign on a screen reads "Let's create the future of Ukraine together!" REUTERS/Valentyn Ogirenko