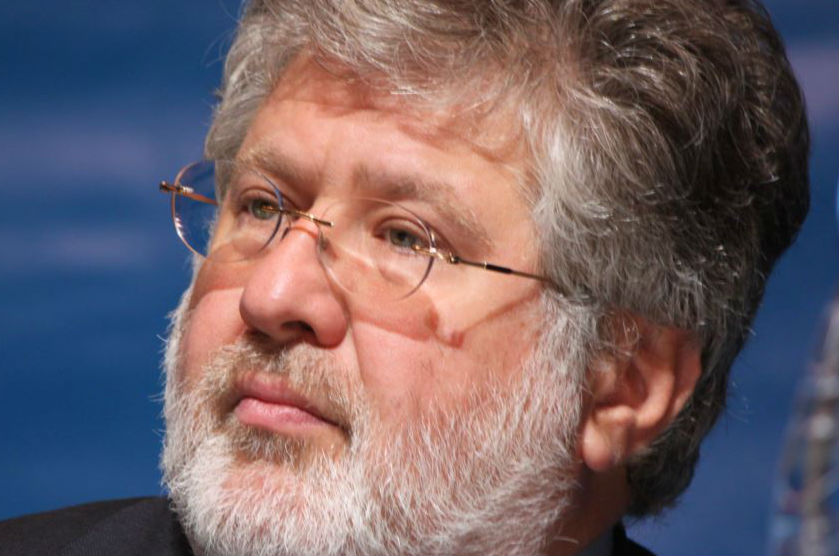 The Congress of National Communities of Ukraine’s latest reports on xenophobia in Ukraine have struck another blow to Moscow’s persistent attempts to present the country as a hotbed of anti-Semitism. The reports make no mention of the “pogroms” alleged by the Russian Foreign Ministry, nor do they back Russian President Vladimir Putin’s assertion of a “rampage of reactionary, nationalist and anti-Semitic forces.”

They do identify some problems, but the reports also portray disturbing attempts to exaggerate, invent, or orchestrate others. The most acute problem so far this year, however, remains “the position of Crimean Tatars in Russian-occupied Crimea”—while the reports point to “a high level of anti-Semitism in public discourse” not in Kyiv, but from the Kremlin-backed militants of the so-called Donetsk and Luhansk People’s Republics.

The Congress’s Monitoring Group on the Rights of National Minorities is headed by Viacheslav Likhachev, the main researcher monitoring anti-Semitism and xenophobia in Ukraine for the past ten years. In his 2014 report released in April, and a provisional report up to June 2015 released last week, Likhachev shows that the statistics do not support any suggestion of “mounting anti-Semitism” in Ukraine. In addition, the figures for 2014-15 show fewer incidents than the worst years of 2007-08. So far this year, seven racially motivated attacks occurred in areas under Ukrainian government control. There were twenty-four in 2014 and twenty-six in 2013, down from eighty-eight in 2007. Although none led to fatalities, some recent street attacks are alarming, as is the ongoing police reluctance to acknowledge racial motives.

Last year saw an increase in racially motivated vandalism (thirty-three cases, twenty-three of them anti-Semitic). So far this year, Ukraine has experienced eleven such cases, seven of them anti-Semitic; in 2013, there were twenty cases of racially motivated vandalism, nine of them anti-Semitic. Likhachev says recent developments in Ukraine could account for the 2014 jump, but the reason given contrasts starkly with Moscow’s narrative. He points out that since the Euromaidan, Jews have become strongly associated with the pro-Ukraine movement. Anti-Semites especially directed their hate speech against Ihor Kolomoyskyi, the oligarch who took a pronounced pro-Ukrainian, anti-separatist position as governor of Dnipropetrovsk.

Not all statistics can be taken at face value. The authors suspect that agents working for the Kremlin not only exaggerate Ukraine’s problems or report fictitious incidents, but actually stage them for propaganda purposes. They have grounds for believing that at least two anti-Semitic attacks in Kyiv and the desecration of a synagogue the day after Russian forces seized control in Simferopol were orchestrated. Such stunts also support efforts by what the authors call “pseudo-rights organizations” that Moscow uses to produce material claiming rights abuses and “rampant neo-Nazism.”

For example, Ukrainian journalists who were fully aware of the participants’ venal motives nevertheless reported on an “anti-Semitic picket” in Lviv. Video footage would inconveniently show those reporters asking the young kids and inebriated down-and-outs how much they’d been paid to show up—but photos can and surely will be pulled out as “proof” of Ukraine’s anti-Semitism.

Prominent Jewish figures regularly reject such claims. In November 2014, several Jewish organizations passed a resolution in which they “call on the international community to be extremely careful in any evaluation of the situation regarding anti-Semitism in Ukraine coming from outside our country.”

Caution is certainly needed. In October 2014, the Odesa Jewish community was forced to issue a formal statement denying lurid, frightening and entirely untrue Russian media claims that Ukraine’s extreme Right Sector party had “declared war on Jews in Odesa.” After a few months of silence, reports alleging anti-Semitism in Ukraine again made headlines—all based on a fake letter from Rabbi Menachem Margolin, head of the European Jewish Association, to Jean-Claude Juncker, president of the European Commission.

Moscow’s own proxies in the Donbas refute the Kremlin’s anti-Jewish narrative. Earlier this year the leaders of the so-called “republics”—in an extraordinary show of anti-Semitism broadcast on Russian TV—condemned the “pathetic Jews” governing Ukraine. Such disturbing evidence of xenophobia and anti-Semitism has been around ever since the militants seized control, though lately it has become part of their vicious power struggle.

Ukraine’s leaders have laid themselves open to criticism over the role of the Azov volunteer battalion, with its neo-Nazi leaders and probably members, as well as the more extreme elements in Right Sector and VO Svoboda. A few individuals such as Andriy Biletsky and Ihor Mosiychuk have won seats in Parliament, while others have received questionable appointments on the basis of their bravery in defending Ukraine. There are legitimate concerns about their role beyond the battlefield, as well as doubts about their motives as the recent conflict in Mukacheve has demonstrated.

All this is a gift for Kremlin propaganda, but it still does not justify broad claims about Ukrainian society. Ukraine’s two far-right parties did very badly in last year’s presidential and parliamentary elections, and no evidence exists that voters support anti-Semitic or xenophobic views. Now in Parliament, Biletsky reportedly claims that stories about his neo-Nazi and white supremacist views is all Russian slander. The denial is unconvincing, but it is telling that he sees the need to make it.

Few expect Moscow to abandon its propaganda arsenal, but the facts presented in the monitoring group’s reports may serve as a warning to others to watch out for fakes, manipulation, and total fabrication.