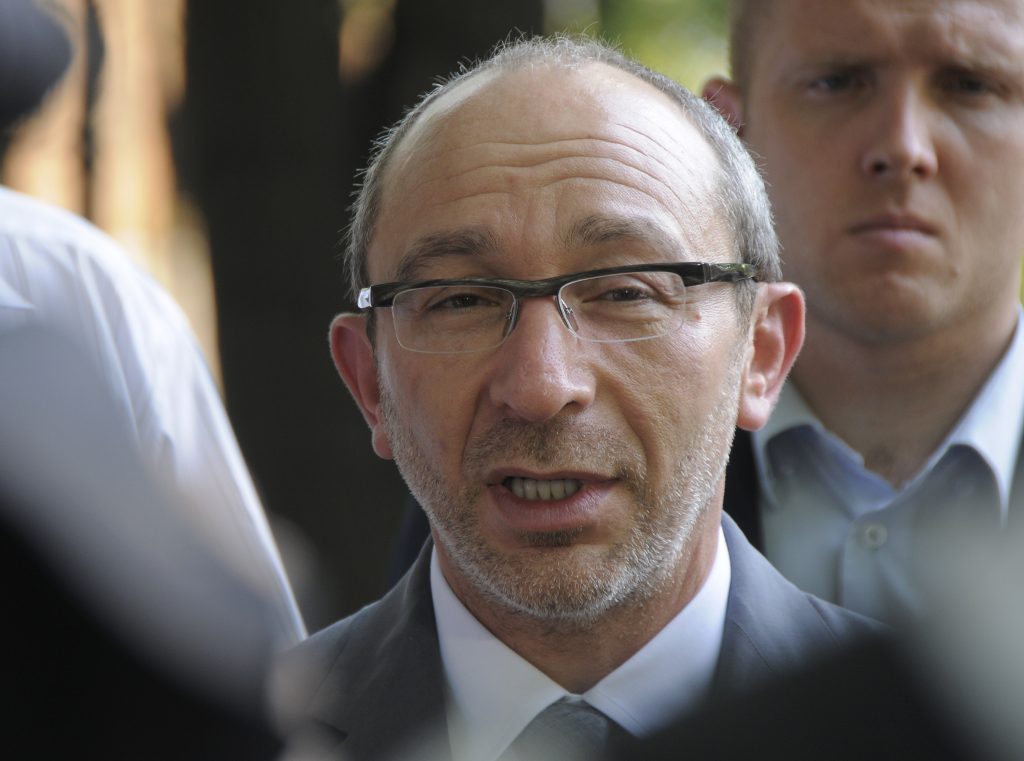 
In Russia’s campaign to re-assert control over Ukraine, a logical target for its “hybrid war” is Kharkiv, Ukraine’s second-largest city and a center of its Russian-speaking population. And indeed, Russia has been working steadily to destabilize Kharkiv (just 25 miles from Russia’s border) as it has done the cities of Lugansk and Donetsk, further south.

Russian-backed separatists have organized public demonstrations in favor of a pro-Russian “Kharkiv People’s Republic,” and dozens of bombs have exploded in the past year, often targeting groups working for Ukraine’s continued independence from Russia. The bombings have accelerated, with seven “terrorist attacks” in the city this year, according to Ukrainian authorities. Ukraine says it has arrested members of a group called the Kharkiv Partisans that officials say is backed by Russia’s Federal Security Service (or FSB, formerly the KGB secret police agency).

While Russia’s efforts to stir an uprising in Kharkiv have failed so far, the contest for control of the city may have just changed, writes the Atlantic Council’s Kyiv-based Senior Fellow, Brian Mefford. That’s because Kharkiv’s calm has depended heavily on the role of Mayor Gennadiy Kernes, a longtime supporter of former Ukrainian President Viktor Yanukovych who abruptly switched sides last year after Yanukovych’s fall from power. Kernes has offered qualified support to Ukraine’s year-old government as it fights Russia, but he may now be tempted to switch sides again after the Kyiv government’s chief prosecutor announced a criminal investigation against him.

Below is an edited summary of Mefford’s analysis of the situation in Kharkiv. And you can read his full post here.

Kharkiv in the Balance?

The charges against Kernes are no surprise, as he was one of the most vocal supporters of the Yanukovych regime. His critics have accused him of theft, corruption and abuse of power as mayor in the period before the 2013-14 Euromaidan movement that toppled Yanukovych. After Yanukovych’s fall in February 2014,  the new government of Prime Minister Arseniy Yatsenyuk put Kernes under house arrest. Kernes immediately began cooperating with the new government.

The continued participation in Ukrainian politics of Kernes and his political ally Mykhailo Dobkin, the former Kharkiv provincial governor, helped contain sentiments in Kharkiv for separating from Ukraine. But weeks after Kernes performed his political reversal, unknown gunmen shot him in the back on April 28, nearly killing him. Many in Ukrainian politics suggest the hit was ordered by the Kremlin as payback for switching sides and not delivering Kharkiv into the Russian camp. Kernes received medical treatment in Israel and returned to Ukraine two months later.

Since Kernes’ return, Ukrainians have speculated that he reached a “gentleman’s agreement” with President Petro Poroshenko to let him finish his term as mayor and avoid prosecution in exchange for backing Ukraine’s government and tamping down separatism in Kharkiv. Whether or not any explicit deal was made the prosecutor general’s warning that Kernes could face arrest threatens to end Kernes’ cooperative role and raise the prospect of new upheaval in Kharkiv.

The landscape for a possible struggle over Kharkiv is in some ways a contest for influence between two of the city’s most prominent politicians—Kernes and Ukrainian Interior Minister Arsen Avakov. The two men were opponents in the October 2010 race for Kharkiv mayor. The nationwide local elections that month “did not meet standards for openness and transparency,” according to the US State Department, and the Kharkiv was one place where the result was murky.

Avakov campaigned aggressively, using his ownership of much of Kharkiv’s local media, and held a narrow lead as votes were counted. But after a delay in the processing of ballots a final count declared Kernes the victor by 30.1 percent to 29.5 percent of the vote. One of Ukraine’s most prominent civic watchdog organizations, the Kharkiv Human Rights Protection Group, was one of many to call for the result to be annulled, noting that large numbers of ballots had been held out from the count, among other irregularities.

But Kernes took office. The following year, a local Kharkiv court charged Avakov with “illegally transferring land” while serving as the province’s governor from 2005 to 2010, and Italian police detained him. Only in 2012, after Avakov won election to parliament (and thus immunity from prosecution), did Italy release him. Last year, when Avakov became Interior Minister in February 2014, the tables were turned. He called for the arrest of Kernes, but then-Prosecutor General Vitaliy Yarema did not act.

Yarema resigned last month under public criticism that he had failed to prosecute corrupt officials, notably those of the Yanukovych regime. His replacement, Viktor Shokin, quickly began arresting former Yanukovych allies, and last week announced the investigation of Kernes.

Many local business elites are openly siding with Kernes. Reports from Kharkiv say prominent business figures they have been calling and meeting with Kharkiv officials of the prosecutor’s office and other law enforcement structures, asking: “Are you with us (Kernes) or Kyiv?”

A real danger is that Kernes and his majority on the city council might choose to pass a resolution in favor of joining Kharkiv to Russia. This of course is illegal under Ukrainian law and punishable with prison time. But that hasn’t stopped local pro-separatist politicians from introducing such bills, which Kernes until now has instructed his allies to vote down.

If Kernes should reverse his allegiance again, a separatist resolution from a city council elected under Ukrainian law would be seismic. It would provide President Vladimir Putin with just the propaganda coup he would like to boost his argument to the world that his role in Ukraine is simply to help the suffering, Russian-speaking populations there. That’s a narrative that the puppet governments in the Donetsk and Lugansk “people’s republics” have failed to strengthen.

Any resistance by the Ukrainian government would give Russia a justification to escalate the conflict, and move forces into Kharkiv under the guise of protecting the rights of ethnic Russians. The recent bombings have raised tensions, and the presence in Kharkiv of almost 140,000 refugees from the war in Donbas provides a dispirited new population in the city from which Russia can recruit people to undertake violence or espionage against Ukraine.