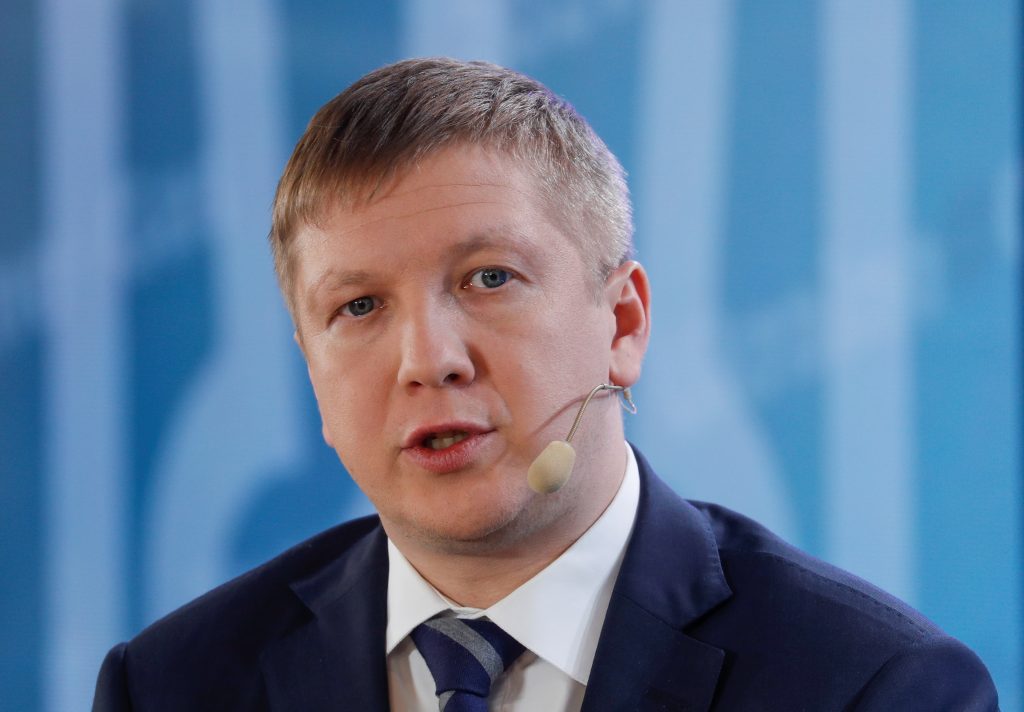 As Ukrainians prepared to enter an extended Orthodox Easter and May Day holiday period, the cabinet of ministers on April 28 announced the dismissal of Naftogaz CEO Andriy Kobolyev and the company’s entire supervisory board. The move came as a shock to many, with European officials commenting that it would set a dangerous precedent for other Ukrainian state-owned enterprises (SOEs).

Prior to his dismissal, Kobolyev had been at the head of Ukraine’s flagship state-owned oil and gas company since 2014. He had previously survived repeated attempts to engineer his removal by successive governments and political opponents.

Kobolyev’s sacking is particularly concerning to international officials, who pointed out that it appeared to contravene the charter of Naftogaz, which requires that any appointments or dismissals of the CEO should be taken by the supervisory board.

With the supervisory board dismissed and reappointed temporarily, the press office of Naftogaz issued a statement arguing that the changes constituted a “violation of the basic principles of corporate governance of state-owned enterprises,” and added that the way decisions had been taken demonstrated a “reversion to the practice of manual control” of Ukraine’s SOEs.

Earlier in the day, the cabinet of ministers notified the press that Ukraine’s acting energy minister Yuriy Vitrenko would be taking over from Kobolyev as head of Naftogaz. They explained that Kobolyev’s dismissal was motivated by the company’s poor financial performance in 2020, when its net consolidated losses amounted to approximately USD 683 million. Government officials also committed to organising a competitive selection for four independent board members.

Naftogaz had announced its annual results one day earlier on 27 April, linking the losses to lower demand caused by the coronavirus pandemic, record low gas prices, and consumers who had not been paying for gas deliveries in 2020.

Several European officials who have worked in Ukraine’s energy sector or are still involved in the local gas industry commented that while Naftogaz’s annual results for 2020 were concerning, they should not have prompted the government to take such a heavy-handed approach that included overriding the supervisory board and undermining the basic principles of corporate governance. They warned that the dismissal might prompt SOE managers to become accountable to politicians rather than independent supervisory boards.

They also noted that other Ukrainian SOEs have previously come under political pressure, reiterating the case of Yuri Nedashkovsky, who was fired as head of nuclear utility Energoatom in December 2019, and the dismissal of Walter Boltz, a respected EU official who had been chair of the supervisory board of MGU, a shell company established to oversee Ukraine’s gas transmission system operator GTSO.

Local private gas companies are now expected to gauge the impact of these abrupt changes on Naftogaz and the gas sector as a whole following the end of the holiday period on 10 May.

Kobolyev is credited with overseeing the transformation of Naftogaz from a financial basket case accounting for 27% of state budget spending in 2014, to a net contributor of UAH 121 billion to government coffers in 2019. There are concerns that his dismissal may now pave the way for greater political influence and the return of corrupt practices. However, the future direction of the Ukrainian energy giant is far from clear. The new CEO is a former colleague of Kobolyev who has a reputation as a reformer, so it remains far too early to write off the long-term prospects for further progress.

The continued reform of Naftogaz is of vital strategic importance for Ukraine as the country seeks to build trust and attract Western investment while struggling against ongoing Russian aggression. Since 2014, the reform of Ukraine’s notoriously corrupt gas sector has been among the country’s most important steps towards minimising Russian influence and aligning with European standards.

Following the Euromaidan Revolution, one Ukrainian official told the author that reforming the country’s gas market was an existential decision. Staying committed to reform and upholding strong safeguards against political intrusion should remain as much of a priority now as it was seven years ago.

The fate of Ukraine as a transit route for Russian gas currently hangs by a thread. Gazprom is working to complete its Nord Stream 2 project, a highly contested pipeline corridor designed to divert flows away from Ukraine to Germany. If the pipeline is completed, Ukraine stands to lose billions in transit revenue. The country’s vulnerability to a potential escalation in Russian military aggression would also dramatically increase.

The blunt truth is that, should Nord Stream 2 become operational, Ukraine’s only option to avoid losing its energy sector importance and retaining Western support will be to carry on with its reform commitments and inspire credibility through predictable, stable rules.

Last year, Ukraine impressed its European neighbours by making determined progress towards reform in its gas sector. The country was able to attract dozens of European, North American, and Asian companies, who used Ukraine’s vast gas storage facilities to clear a supply overhang. They did so because they trusted the rules put in place by Naftogaz, as storage operator, and GTSO as the transmission system operator.

If Ukraine cannot now guarantee the further independence of these companies, as well as that of key SOEs in other sectors of the economy, the country risks losing the hard-won gains of recent years and suffering a fresh blow to its international image.

“When Ukraine was a transit corridor for Russian gas to European markets, everyone was concerned for Ukraine. If Ukraine loses its transit and its credibility, who will be screaming for Ukraine?” concluded one European official on April 28 as the international community began to digest the potential implications of Kobolyev’s dismissal.

Dr. Aura Sabadus is a senior energy journalist who writes about Eastern Europe, Turkey, and Ukraine for Independent Commodity Intelligence Services (ICIS), a London-based global energy and petrochemicals news and market data provider. You can follow her on Twitter @Asabadus.

Efforts to reform corporate governance at Ukraine’s many large state-owned enterprises are being hampered by a lack of political will and a desire to maintain lucrative corruption schemes.

The Ukrainian banking sector has passed the coronavirus test and proven that it has never been in more robust shape. This bodes well for a series of planned privatizations of state-owned banks.

Along with the country’s other anti-corruption success stories, Ukraine’s Naftogaz is coming under pressure from malevolent forces intent on recapturing state enterprises and turning back the clock.