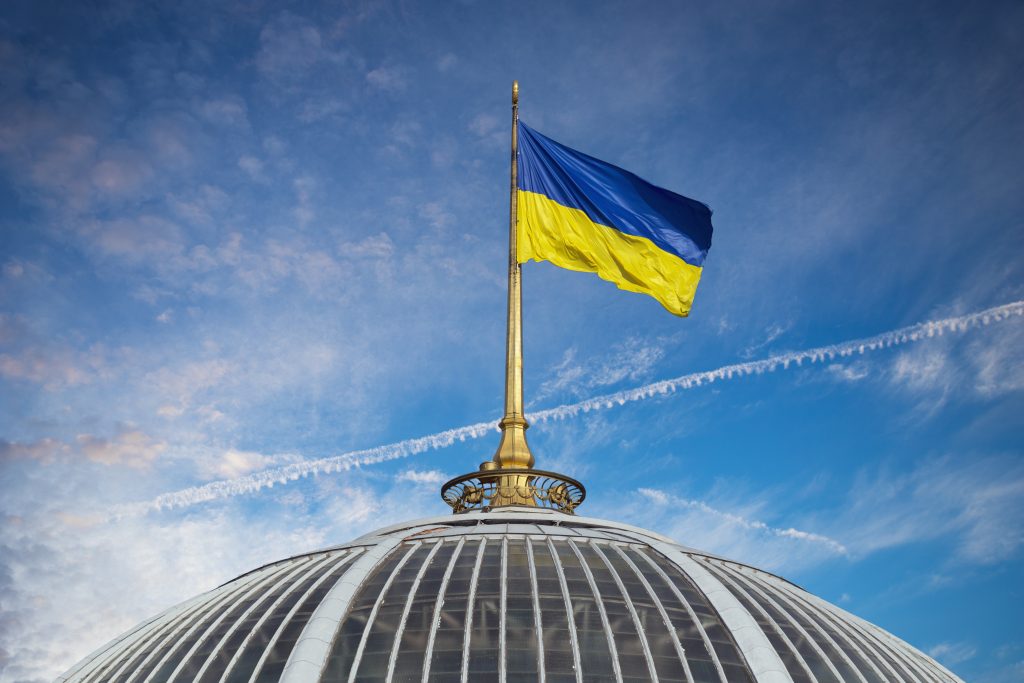 In a 2009 article published in the Journal of European Public Policy, analysts predicted that Russia’s use of energy policy as a geopolitical tool would limit the scope for European Union (EU) rule transfer in Ukraine.

In hindsight, Ukraine’s experience over the last five years in reforming its natural gas market and aligning it with EU free trade principles not only disproves the authors’ prediction, but also demonstrates that the country is in a position to transfer knowledge to its immediate regional neighborhood.

However, many more issues still need to be addressed, not least the consolidation of institutions to ensure that achievements cannot be overturned by politicians with links to Moscow—like when a group of forty-seven Members of Parliament recently appealed to the Ukrainian Constitutional Court to declare the unbundling of gas transmission operations unconstitutional.

At the same time, Ukraine is aligning with European hubs at physical and market levels, as well as harmonizing its laws and practices with those of the EU, altogether delivering tangible results both domestically and regionally.

Ukraine’s integration into the European gas market is primarily driven by infrastructure, namely a transmission system that at its longest stretches 1,500 km east to west, making it one of the principal corridors for channeling Russian piped gas to European buyers.

Although more work remains to be done, such as ensuring regulatory predictability and reliability, Ukraine—since the summer of 2019—has become an attractive gas storage venue for European companies.

This trend has accelerated in 2020.

Thanks to its 30 billion cubic meter storage capacity—Europe’s largest—Ukraine has been sought out by companies such as large German utilities RWE and Uniper, Polish incumbent PGNiG, and high-profile Swiss trading outfits Axpo and DXT Commodities to offload a supply overhang caused by ample global liquefied natural gas (LNG) supply and plummeting demand.

The rush to store gas in Ukrainian facilities has triggered a 59 percent year-on-year rise in imports to Ukraine in the first four months of 2020, as well as a flurry of trading activity in neighboring European gas markets.

Data collated by London-based Independent Commodity Intelligence Services (ICIS) shows a clear positive correlation between exports from Slovakia to Ukraine during the summer season (when companies inject gas into storage) and bursts of liquidity on the Slovak over-the-counter (OTC) gas market.

In neighbouring Hungary, daily gas exports to Ukraine doubled to 15 million cubic meters between March and April 2020. Meanwhile, data published by the Hungarian CEEGEX spot and HUDX futures platforms shows a 15 percent month-on-month rise in traded volumes on both exchanges in April.

With European gas storage facilities quickly filling up, nonresident companies have turned to Ukraine, encouraged not only by the country’s large storage capacity, but also by services like short-haul transport and tariffs and customs warehousing.

With regard to short-haul services, companies interested in storing gas in Ukrainian facilities can import volumes into the country on a cheaper tariff in comparison to usual long-haul tariffs. Furthermore, if they store the gas in Ukrainian customs warehouses, companies receive a three-year exception from customs clearance.

The integration of Ukraine’s gas market into the wider EU market is reflected not only by the fact that it has become a clear driver of liquidity for neighboring gas hubs, but also by the fact that its prices are aligning with those of nearby EU hubs.

Since Ukraine began deregulating its gas market and liberalizing imports, a share of gas volumes has been traded at border interconnection points with neighboring Hungary, Poland, and Slovakia, or bought and sold on the Ukrainian virtual trading point (UAVTP).

When European hub prices plummeted to record lows in May 2020, the UAVTP price tracked with declines seen across all European hubs.

These trends indicate that UAVTP prices are increasingly sensitive to supply and demand, a clear sign that the Ukrainian market is becoming more established. The market is expected to consolidate further as more gas volumes—currently sold to households at regulated prices—are made available on the free market this July.

Alignment of rules and practices

Crucially for Ukraine, integration of its gas sector into the broader European energy landscape has occurred not only thanks to transmission infrastructure and an increasingly active gas market, but also through regulatory alignment.

As a contractual party of the Energy Community, an EU institution designed to extend the EU’s free market principles to neighboring non-member states, Ukraine has pledged to adopt and implement the bloc’s regulations and codes.

Thirteen out of Ukraine’s twenty-four border points are covered by interconnection agreements, and transmission capacity is expected to be auctioned off according to a calendar established by the European Network of Transmission System Operators for Gas (ENTSOG) starting in July 2020.

In fact, Ukraine is proving more willing to sign interconnection agreements in line with the EU’s network codes than some EU member states themselves.

The Transmission System Operator of Ukraine (GTSO) has been in talks for years with its Romanian counterpart, Transgaz, to sign interconnection agreements for all five border points between Romania and Ukraine. So far, however, the Romanian grid operator has only agreed to sign one and remains reluctant to follow up on the remaining four.

Having already unbundled transmission operations, liberalized imports, and gradually deregulated prices—all vital steps towards establishing a functional gas market—Ukraine can now consider sharing its knowledge with other countries, such as Moldova, Georgia, and the Western Balkans states. As Energy Community contracting parties, these states, like Ukraine, are also in the process of liberalizing their gas sectors and integrating them into the wider EU gas market.

The Ukrainian gas market is by no means perfect. There are still many goals to be met, such as an overhaul of the distribution sector to ensure that all gas volumes shipped are accounted for and that retail competition is properly guaranteed.

Ukraine also needs to reflect on its position within the larger European market, as the government’s five-year transit contract with Gazprom is set to expire in 2024, potentially putting an end to its longstanding role as a primary European gas transmission corridor.

However, the milestones that have been reached over just a short period of time show that EU rule transfer is possible in Ukraine. Ukraine could even be considered a European success story, provided it remains committed to a path of positive policy change.

Dr. Aura Sabadus is a senior energy journalist who writes about Eastern Europe, Turkey, and Ukraine for Independent Commodity Intelligence Services (ICIS), a London-based global energy and petrochemicals news and market data provider. You can follow her on Twitter @ASabadus

Coronavirus emergency measures should persuade Ukraine, Romania, and Turkey to legitimize energy reform, not reverse it

For years, Eastern European governments and Turkey have bought into a global trend, arguing that long-term strategies in the energy sector should revolve around market deregulation. In light of the coronavirus outbreak and the emergency measures implemented worldwide to contain it, the energy industry may now face an increase in interventionist policies such as price controls and consolidation of state-owned enterprises as governments push to mitigate the shockwaves of expected consumer impacts. Such measures would be detrimental to economies, and there are compelling arguments that suggest governments should remain committed to their initial market goals.

While the mainstream media’s attention is now focused on the completion of Russia’s two gas pipeline projects—Nord Stream 2 and TurkStream—exceptional, but under-reported changes are afoot in southeast Europe that could challenge Moscow’s regional dominance and geopolitical pressure and help establish a bidirectional north-south corridor linking Greece and Turkey to Ukraine along the Trans-Balkan pipeline. […]