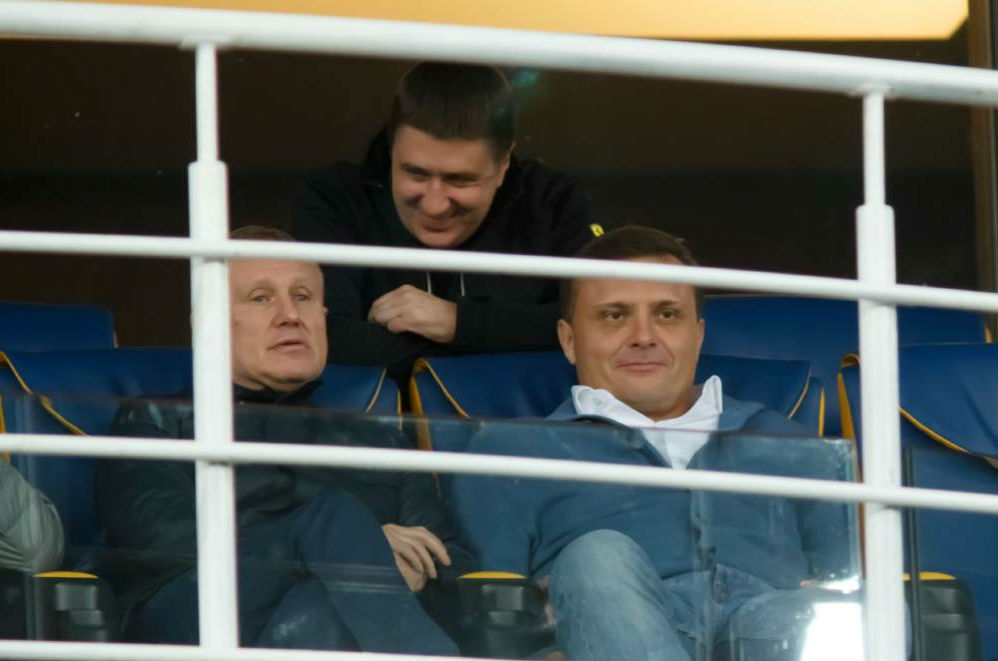 The demonizing of Ukrainian oligarchs as major impediments to democratization and reform has become a shared mantra of Western and domestic pundits alike. Whenever explaining the slow pace of Ukraine’s changes after the Euromaidan, analysts argue that oligarchs only gained influence and that by controlling whole chunks of the state apparatus, mass media, and economy, they are capable of halting reforms whenever their financial interests are at stake.

But instead of blaming the omnipresent bogeymen—the oligarchs—let’s acknowledge that this view is just too simple to be true. Ukraine’s government is often unprepared to kill the beast of underperforming post-Soviet institutions. Parliamentary support of reforms is similarly weak due to internal political rivalries and contradictions within the ruling coalition. The so-called “new professional faces” who got Cabinet posts on the basis of unjustified quotas were neither “new” nor “professional,” while civil-society activists—despite their frenzied efforts to advocate change—are often disunited and too inexperienced to replace the government in the strenuous and intellectually demanding process of political reform.

Ukraine’s Ministry of Culture is a good case in point. Never covered by Ukraine Reform Watch, Ukraine Reform Monitor or the Index of Reform Monitoring, the ministry oversees 200 staffers. Its annual budget of $100 million is hardly sufficient to ensure the nation’s cultural development, but this is real money, which could produce tangible results if managed wisely and creatively.

Some wealthy businessmen could indeed gobble it up like candy—but no evidence exists to implicate Ukraine’s oligarchs of influencing its policies or embezzling the ministry’s funds. These Europe-leaning gentlemen are not about to steal from the directors of national theatres, museums, and folklore bands who had already been kept on a starvation diet since the early days of Ukrainian independence.

Quite the contrary. Some oligarchs have made culture the cornerstone of their philanthropic efforts. Whether to score political points or whitewash their images as robber-baron capitalists, they’ve donated millions of dollars to make Ukraine’s museums more dynamic, establish sorely needed modern art galleries, ensure Ukraine’s presence at major international book fairs, and promote its contemporary artists at global events.

The Revolution of Dignity provided a unique opportunity to reform the rusty mechanism of Ukraine’s cultural management and unleash the creative potential of its numerous artists and cultural entrepreneurs. Who could disagree that art, culture, and creativity contributed to the protesters’ victory and that today, when we think back of those legendary days, the revolutionary piano remains the most lasting image of the Euromaidan?

Regretfully, Ukraine is squandering the unique chance of making its culture the driving force of reforms in all other sectors. Two years after the revolution, Kyiv’s Municipal Culture Department shares an office with the Municipal Funeral Services. The Culture Ministry is managed by five male apparatchiks, some of whom have no ties to the cultural sphere.

“We all expected that the Maidan would respond to the public’s demand for cultural reforms,” argues Ukrainian artist Oleksandr Roitburd, “but the apparatus has got back to functioning in its primitive Komsomol-Soviet official style … Cultural policy today is worse than it was under Yanukovych.”

Viacheslav Kyrylenko became Ukraine’s Culture Minister on the strengths of his connections to Prime Minister Arseniy Yatsenyuk, not because of his visionary reforms. It’s no surprise that the Ministry of Culture ranks as the worst-performing institution in government, and that professional groups and Verkhovna Rada deputies send open letters to all government branches asking to dismiss Kyrylenko for “causing more harm than doing good” to Ukrainian culture.

Should it then surprise anyone that no official reaction follows, and that neither President Petro Poroshenko nor Yatsenyuk has sought a meeting with representatives of Ukraine’s cultural groups to discuss how to reform old-fashioned, paternalistic institutions?

Kyrylenko says his goal is to promote national cinema, protect cultural heritage, and establish the Taras Shevchenko Institute to develop Ukraine’s cultural diplomacy—but the pace of drafting and tabling specific legislative bills is at a record low. Having publicly made a lofty promise to start appointing culture managers through open competitions, the Ministry has failed to reach a compromise with the Rada on the related legislative proposal, and has not established a Reform Advisory Group to back up the Ministry’s policy planning efforts.

Nor has the government installed the mechanisms to ensure transparency, or enacted clear criteria to distribute state cultural funds. There are no national dialogue platforms to promote reconciliation or increase cultural exchanges.

In short, culture simply does not feature on the government’s reform agenda, as even the National Reform Council—whose Secretariat is led by Presidential Deputy Chief of Staff Dmytro Shymkiv—has not established the relevant group to work on cultural reforms.

The only hope is with vibrant civil activists. After almost two years of never-ending debates, the three most prominent “cultural” civic groups—the Reanimation Package of Reforms, Culture 2025, and the Congress of Cultural Activists—decided to combine their efforts and channel their energies into drafting documents and doing advocacy work. It remains to be seen whether they’ll succeed in bridging their widely divergent agendas and overcoming their leaders’ egos to seek assistance from analysts and scholars.

The United States and the European Union should start doing more to help Ukraine connect culture with economic growth. Recent research on this link indicates that creative industries account for 3.3 percent of GDP in EU member states. In France alone, culture generates seven times more than the automobile industry, four times more than the chemical industry, and more than twice as much as telecommunications.

So let’s stop pointing fingers at the oligarchs. The President and Prime Minister have all the powers to start quick cultural reforms now. They need to appoint a new team of charismatic visionaries, who would lead by in-depth knowledge of the field and example, not by proximity to the ear of Serhii Liovochkin—Chief of Staff to former President Viktor Yanukovych. Ukraine needs a leader who will reopen the dialogue with civil society and cultural groups, re-establish trust, and re-energize Ukraine’s cultural life, making the revolutionary piano play once again.