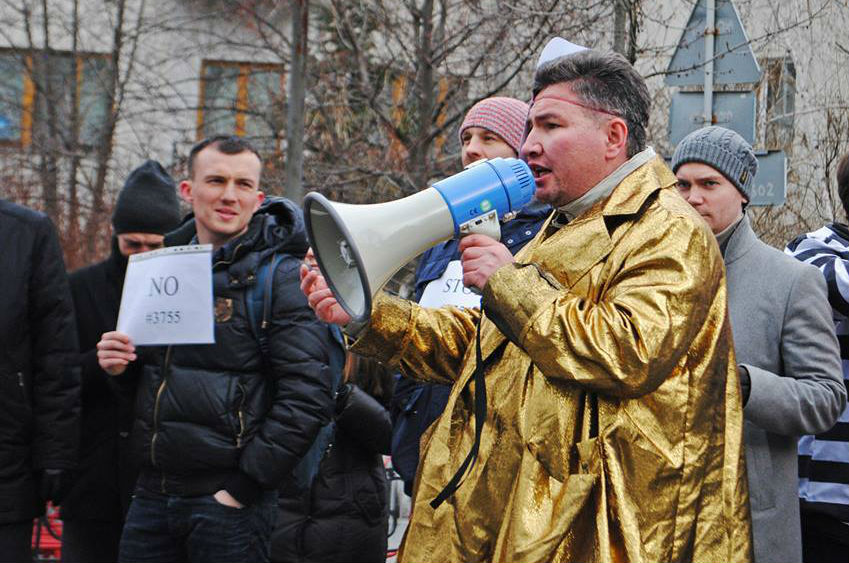 Ukrainians may soon be granted visa-free travel within the European Union, thanks to Kyiv’s watchful activists. But that status was in jeopardy after parliament weakened a key anti-corruption law on February 16. Visa-free travel was linked to a series of reforms, including a law that discloses the income of Ukrainian officials.

On February 16, parliament watered down this legislation, with an amendment that “effectively destroys any possibility to hold public officials criminally liable. This undermines the entire purpose of the original e-declaration law and makes it practically useless,” noted Dmytro Kotliar, lead anti-corruption expert for the civic group Reanimation Project of Reforms (RPR).

Ukraine’s reformers immediately struck back, noisily demonstrating in front of the presidential administration to demand that President Petro Poroshenko restore the original law. The European Union also condemned the amendment, and warned that its passage did not meet its requirements needed for Ukrainians to qualify for visa-free access. As a result of this pressure, Poroshenko vetoed the watered-down version of the law and sent it back to parliament with changes needed to bring it in line with EU requirements.

This activism paid off. On March 15, parliament passed an amended version of the law that repaired a number of its deficiencies. According to Kotliar, it contains the following improvements:

The new law is far from perfect. For example, submitting false information up to a 137,000 UAH threshold (approximately $5,000) is not subject to punishment. It also introduces administrative penalties such as fines, which could allow judges to let corrupt officials off the hook with only small fines rather than jail time.

Despite these deficiencies, civil society considers the new law a victory, and so does the EU. It announced that the law now meets conditions for visa-free travel. According to Daria Kaleniuk, executive director of Ukraine’s Anti-Corruption Action Center, the passage of the law demonstrates how critical it is for Ukraine’s western partners to stay engaged.

“The pressure from the EU was critical, especially since this pressure came simultaneously from the EU delegation in Kyiv, plus the European Commission in Brussels and European Parliament in Brussels,” said Kaleniuk. “This combined with strong pressure from Ukrainian civil society is what made the difference in forcing the President to veto the February 16 law and make the required revisions.”

The saga of the e-declaration law demonstrates the uphill struggle reformers face to make Ukraine’s more government accountable to its people. While Ukraine continues to make progress in the fight against corruption, Ukraine’s intrepid civic activists continue to be the key drivers of change.

“I wish the EU and our Western partners could help civil society by keeping this same level of pressure on the government going forward as they have for the e-declarations law,” Kaleniuk mused. She’s right. The West should continue to exert maximum pressure to push Kyiv’s recalcitrant officials along the difficult but necessary path of change.