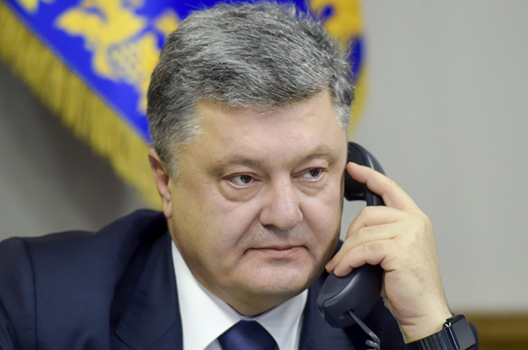 A key element of Ukraine’s anti-corruption agenda is at a crossroads—and whether it is implemented on August 31 will indicate Kyiv’s commitment to reform. In October 2014, a new law requiring Ukrainian public officials to file an electronic declaration disclosing all of their financial assets was passed by parliament. This e-declaration law mandates that officials disclose not only assets held in their own name, but also those held by family members, eliminating the possibility of officials hiding the fruits of corruption under the names of relatives.

The law casts a wide net. The president, legislators and members of local councils, prosecutors, judges, executive officials, and even officials in state-owned institutions are covered by the legislation. Over 50,000 of the country’s most important civil servants must file a financial disclosure this year; starting in 2017, almost one million officials will have to submit declarations.

Not surprisingly, there have been numerous attempts by parliament to weaken the law. Last January, parliament tried to insert a clause into an unrelated budget bill to delay the implementation of e-declaration until 2017. Then, on February 16, it passed bill 3755, which significantly watered down e-declaration. After activists pressured President Petro Poroshenko and parliament to repeal 3755, on April 18 the Constitutional Court of Ukraine (CCU) began evaluating an appeal by forty-eight former Party of Regions MPs to eliminate the law’s most critical provisions; the appeal is still under consideration.

Finally, a few days before e-declaration was finally set to be launched on August 15, an obscure state body called the State Service of Special Communication and Information Protection in Ukraine (SAIP) threw yet another wrench into the works.

On August 12, the SAIP announced that it could not issue a so-called “information security certificate” for the e-declaration software package, which is required in order for public officials to face criminal liability if they provide false information in their declarations. This represented a surprising about-face by the SAIP. According to a detailed analysis in Ukrayinska Pravda, the e-declaration software was independently tested in July by PricewaterhouseCoopers and TestLab2, and their conclusions were used as the basis of an interagency decision on July 25—approved by SAIP—that the system was ready to launch.

What happened between July 25 and August 12 is unclear, but activists suspect that high level pressure was put on SAIP head Leonid Yevdochenko. It may have been done by officials close to the head of the National Defense and Security Council, Oleksandr Turchynov, to develop a fake excuse to delay issuing the SAIP’s information security certificate.

The collapse of e-declaration would have dire consequences for Ukraine. First, it would threaten reformers’ entire anti-corruption strategy. The new National Anti-Corruption Bureau (NABU)—which is already demonstrating a healthy willingness to take on corrupt officials—would be unable to use any evidence from e-declaration in criminal cases against corrupt officials.

“The simplest and the most efficient way to tackle corruption is to use officials’ financial disclosures to compare their salaries with their lifestyles,” said Transparency International Ukraine’s Executive Director Yaroslav Yurchyshyn in an August 24 interview. “Without this mechanism, NABU detectives could detain only the most shortsighted corrupt officials; investigating and convicting officials of more complex corruption schemes will become almost impossible.”

E-declaration’s collapse would also cause substantial damage to Kyiv’s relationship with its Western partners. For starters, a working e-declaration system remains the final requirement in order for Ukrainians to be eligible for visa-free travel within the European Union. More important, Western financial assistance from the IMF—which currently has $1.6 billion of aid on hold due to concerns about Kyiv’s commitment to fighting corruption—as well as from the United States and European Union would be seriously jeopardized. In a worst-case scenario, investors could take this as a vote of no confidence in Ukraine’s economy, which could cause the hryvnia to collapse and Ukrainian bond yields to skyrocket.

In response to the delay in launching e-declaration on August 15 as scheduled, Poroshenko promised that the system would be launched on August 31. Reformers, who have laid the blame for its delay at Poroshenko’s feet, immediately leapt into the fray to pressure him to meet this commitment. In a press conference, leading investigative journalist and reformist MP Serhiy Leshchenko emphasized that Poroshenko bears direct responsibility for e-declaration’s derailment.

His colleague Mustafa Nayyem—whose November 21, 2013, Facebook post is frequently credited with launching the Euromaidan revolution—was even more direct. “President Poroshenko could have gathered Prime Minister Groisman, Head of Derzhspetszvyazok [SAIP], Head of National Security and Defense Council Turchynov, and all responsible around the table, recalling that it is their responsibility and encouraging them to do it, already now. Instead he keeps diverting attention with his speeches on TV,” said Nayyem.

Despite the pressure on Poroshenko to ensure that e-declaration is properly launched on August 31, activists remain leery. Krasnosilska points out that SAIP plans to amend the e-declaration software to “fix” its supposed vulnerabilities—something that could potentially be used to justify further delays or even the suspension of the entire process at any time in the future. Moreover, says Krasnosilska, numerous state agencies continue to lobby against the launch of e-declaration, claiming that the software is still not “secure.”

Are Poroshenko and his team genuinely committed to fighting corruption? The response lies in the successful launch of this incredibly important anti-corruption tool. Kyiv’s activists and reformers eagerly await the answer.

Josh Cohen, an ex-USAID project officer who managed economic reform projects throughout the former Soviet Union, is a business development professional. He tweets at @jkc_in_dc.