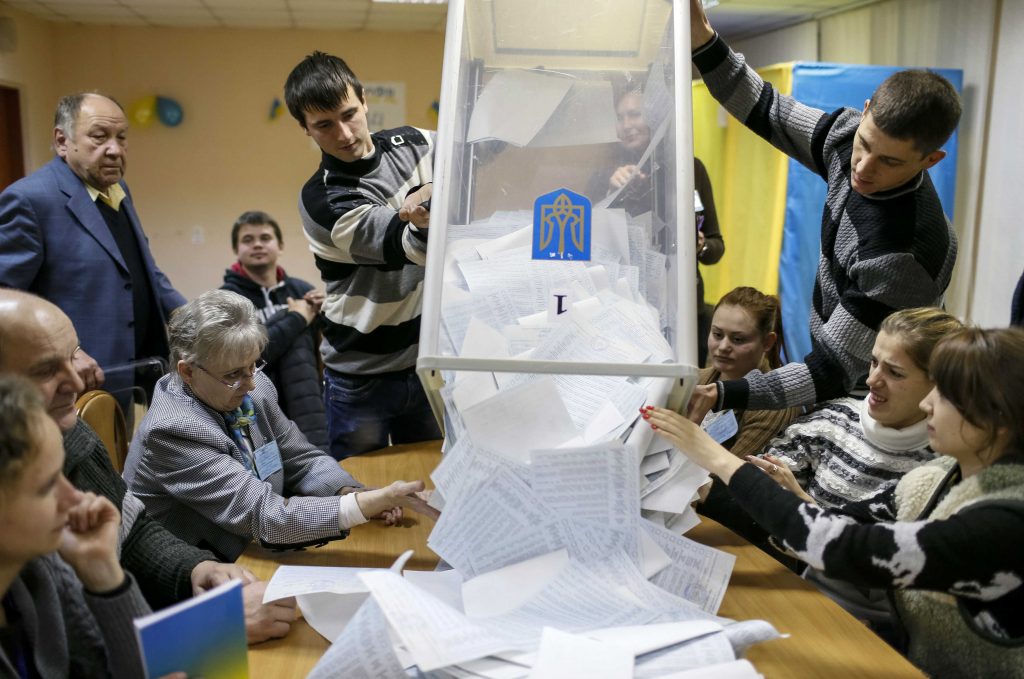 Both the United States and the European Union reckon that Ukraine needs political stability to carry out necessary reforms. Historically, however, this view is flawed. At a time of radical change, many politicians quickly become obsolete. In the four most reformist post-communist countries—Poland and the three Baltic countries—the government changed on average once a year during their first decade of transition.

Three arguments are currently raised in favor of political stability and against early elections in Ukraine. The most compelling is the war with Russia, but that war has calmed down as the Kremlin becomes bogged down in an even bloodier war in Syria.

A second argument is that reforms must be continued. However, top members of President Petro Poroshenko’s ruling bloc began Ukraine’s current destabilization in an internal offensive against reform, as Aivaras Abromavicius recently spelled out upon his resignation as Minister of Economy and Trade. They ousted reform-minded ministers with the intention of appointing less-reformist ministers.

The final argument is that Ukraine needs to manage its public finances, but they are in reasonable shape because Ukraine carried out very impressive economic reforms in 2015: energy reforms, fiscal adjustment, tax reforms, bank reforms, deregulation, and reform of state procurement. The country’s main problem is corruption, which comes from within and is best fought through government crises and new elections.

The reasons to hold early elections are stronger. Recent polls shows that corruption is Ukraine’s greatest problem, and early elections would presumably bring in fresh faces. A good thing about the October 2014 elections was that 54 percent of the parliamentarians elected had never sat in the Rada before. The bad news was that 46 percent were old parliamentarians who have largely proven true to their old habits. Ukraine badly needs a greater renewal of its parliament.

There is a great disparity between popular perceptions in Ukraine and the West. In Ukraine, the rising conviction is that the country’s rulers are the main culprits of corruption, and this is reflected in their plummeting opinion polls, while Western policy makers think they would carry out reforms checking corruption. It would be truly dangerous for the West if it were to be perceived as the defender of corruption, as became the case in Russia. The West should simply let Ukrainians decide their future in a democratic fashion.

But under what conditions should parliamentary elections be held? Ukraine has already promulgated a law on the public financing of political parties and their campaigns. This law should sharply cut the cost of what are currently very expensive election campaigns and make them less corrupt, if implemented prior to the elections.

Another important condition is that a new electoral law be adopted that requires fully proportional party elections with a threshold of 3-5 percent of the total vote for parliamentary representation. Today, half of parliament is elected in one-man constituencies where money and local power matter greatly. Those parliamentarians are predominantly regional barons (or their assistants), who defend their business interests in the Rada. Ukraine needs to return to the electoral law used for the elections of 2006 and 2007, which were possibly Ukraine’s cleanest elections. This idea enjoys broad popular demand.

Ideally, real political parties would be formed, but that depends on public initiative. At present, none of the Ukrainian political parties may be described as ideological. Some are regional, and all are personal. They may all be considered center-right parties, supporting the West, democracy, and a market economy, but they also represent vested interests.

The main reason to wait is fear of a wild populist reaction against the country’s severe but impressive reforms. Two scary examples of poorly timed parliamentary elections are the Polish elections of October 1992 and the December 1993 Russian elections. Each took place about two years after the initiation of radical reforms and brought to the fore radical and populist oddballs. Yet Poland continued to thrive in its reform successes, and Russia’s reforms had not been sufficient in any case. To judge by the public debate and civil society in these countries, Ukraine is closer to Poland in 1992 than Russia in 1993.