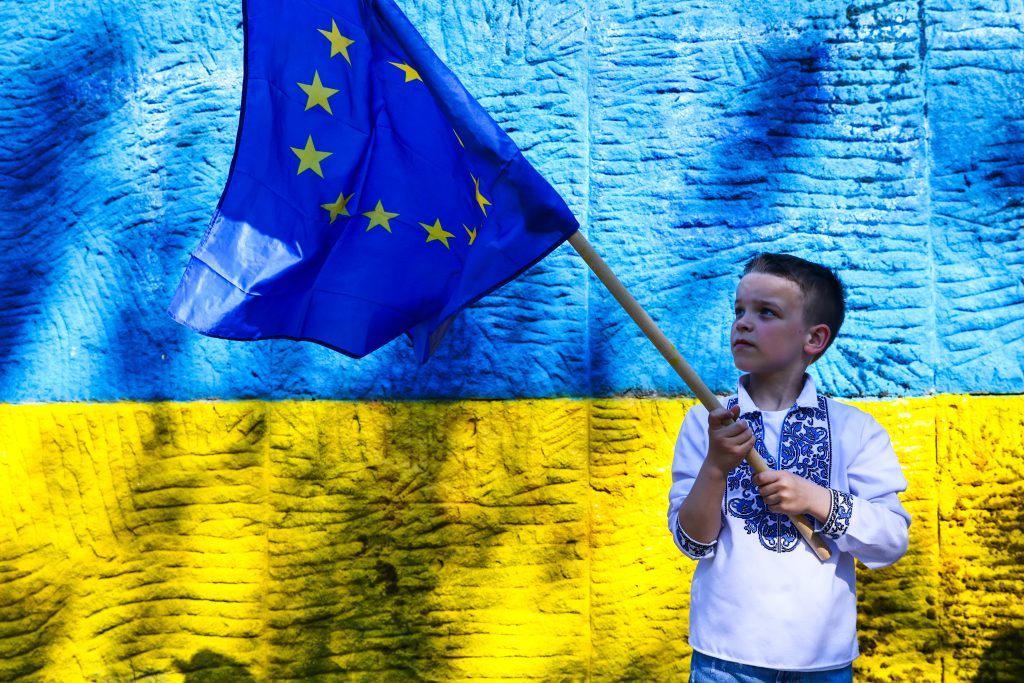 Granting EU candidacy would signify European solidarity with Ukraine in its bloody struggle against Russian aggression. It would also mean that Ukraine must adopt EU reforms that will finally eradicate systemic corruption and dismantle the country’s rotten oligarchy.

Oligarch-driven corruption has impeded Ukraine’s progress ever since the country first regained independence in 1991. This has led to two people power revolutions and paved the way for the 2019 presidential election victory of political outsider Volodymyr Zelenskyy with a mandate to clean up the country.

The prospect of a reformed Ukraine integrating with the EU is viewed as an existential threat by Moscow and was one of the key factors behind the decision to launch a full-scale Russian invasion of Ukraine in February 2022. Come what may, Vladimir Putin is determined to prevent the Europeanization of Ukraine.

On June 18, an important step was taken when the European Council officially recommended that Ukraine receive candidate status. “Ukrainians are ready to die for the European perspective,” European Commission President Ursula von der Leyen said when announcing the decision. “We want them to live the European dream with us.”

Ukraine’s candidacy was also endorsed by the leaders of Germany, France, Italy and Romania during a recent visit to Kyiv. The next step is to receive unanimous approval for candidate status from all 27 members of the European Union. This looks likely to happen as even Hungary, which is widely seen as the most pro-Kremlin EU member state, has declared its backing for Ukraine’s candidate bid.

Despite this optimistic outlook, it will probably still be many years before Ukraine can expect full-fledged EU membership. Candidates must embrace EU standards on democratic principles and incorporate 80,000 pages of rules governing judicial systems and trade.

Nor is Ukraine the only nation looking to deepen ties with the European Union. There are currently a number of other countries also attempting to make the transition from candidacy to EU membership. Turkey first applied in 1987 and received candidate status in 1999 but talks have since stagnated. Meanwhile, Serbia, Montenegro, North Macedonia and Albania have all had candidate status for a number of years and remain ahead of Ukraine in the EU queue.

Meeting EU membership criteria will be a demanding process. While Ukraine is considerably freer than Russia, Ukrainians remain prisoners of a deeply flawed system inherited from the Soviet era.

During the early years of independence, Ukrainian politicians and bureaucrats gave away the country’s resources and major assets to family members, cronies and crooks. This helped create a small number of oligarchic clans that were able to control Ukraine’s political and economic agenda while impeding attempts to establish the rule of law.

EU candidacy would force Ukraine to establish rule of law and an independent judiciary. Ukraine will have to adopt anti-trust laws to break up monopolies and gigantic conglomerates. It must undertake postponed plans to privatize thousands of state-owned enterprises by selling them at market prices to legitimate buyers. Many of Ukraine’s public enterprises remain sources of corruption. Selling them will eliminate bribery and influence-peddling while providing opportunities for entrepreneurial innovation.

Granting EU candidate status to Ukraine would serve as recognition that Putin’s invasion of Ukraine is also a declaration of war against Europe and its values. Putin has not yet invaded any European Union member states but he will do so if he is not stopped in Ukraine.

EU member states are already feeling the effects of Russian aggression in a number of ways including weaponized energy supplies and the floods of Ukrainian refugees who have entered the EU since the invasion began on February 24. Putin’s blockade of Ukraine’s Black Sea ports now threatens to spark a global food crisis and fuel a new wave of migration towards the EU. “How many millions of refugees will there be in Europe if Russian policy causes famine in African and Asian countries?” President Zelenskyy warned recently.

These hostile acts are nothing new. In reality, Putin has been waging hybrid warfare against Europe for years. His agents and oligarchs operate in the shadows of European politics. They own luxury real estate, sports teams, newspapers, and often enjoy official prestige. The Russian dictator has co-opted influential Western politicians and Russia has meddled in democratic processes ranging from presidential elections in the United States and France to the UK’s 2016 Brexit referendum. Through disinformation and other forms of skulduggery, Moscow has succeeded in destabilizing and dividing societies throughout the Western world.

Now Putin is conducting a vicious “hot war” that targets the whole of Europe, Zelenskyy said during a recent speech. “Ukrainian cities destroyed by the Russian army; millions of migrants; hundreds of thousands of people deported by the Russian military; and tens of thousands of Ukrainians killed. These are all blatant manifestations of Russia’s anti-European policy. By starting this war against Ukraine, Russia tried to create a springboard for an attack on other nations of Europe. That is why our defense in this war and our future victory are fundamentally important for the security of everyone in Europe.”

Putin is the greatest single threat to global security and must be stopped. Europe has risen to the challenge by housing Ukrainian refugees while providing humanitarian aid and supplying weapons, but accepting Ukraine as an EU candidate is a game-changer. It represents a historical strengthening of Europe “and a complete dismantling of Russia’s ability to beat us one by one,” according to Zelenskyy.

Candidate status will impede Putin’s imperial ambitions and embolden Ukrainians as they struggle to survive. Ultimately, the prospect of EU membership can transform Europe’s largest country, Ukraine, into a democracy with the rule of law and free enterprise.

Image: An Ukrainian child holds the EU flag while celebrating International Children's Day during an event oraganized in Poland on June 1, 2022. (Photo by Beata Zawrzel/NurPhoto)