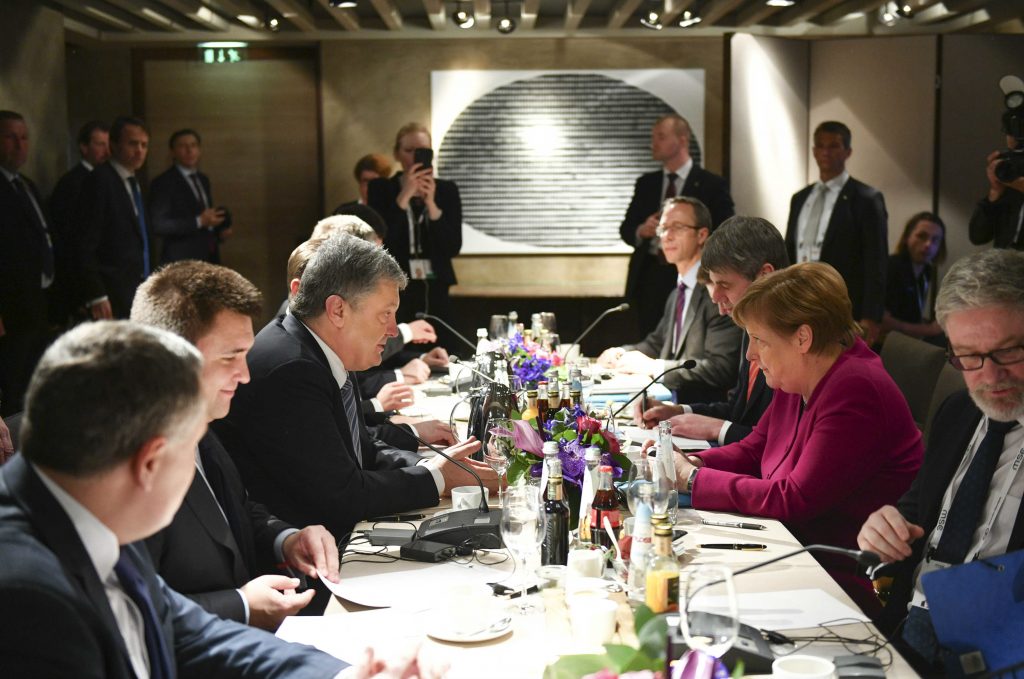 Since having seized Ukrainian territory and energy installations in 2014, Russia and its gas company, Gazprom, have been waging systematic economic warfare against Ukraine in an attempt to destroy Naftogaz—Ukraine’s energy company and the single biggest source of state revenue—and the Ukrainian state. To date, however, Russia has failed. Indeed, Naftogaz won three arbitral awards against Gazprom in 2017 and 2018; these were about Gazprom’s efforts to divert gas using the Nord Stream 2 pipeline, blocking Central Asian gas from traveling through Ukraine. But Gazprom has refused to pay the $2.6 billion arbitration award granted to Naftogaz. Instead, Russia is blocking that award, building Nord Stream 2, and trying to use the pipeline to suffocate Ukraine’s economy and strengthen its grip on European energy supplies.

Moscow also is working assiduously to promote a Ukrainian presidential candidate (or two) that is connected to Russia through corruption and would end Naftogaz’s current submissions to European arbitration. Unfortunately, it now looks like Nord Stream 2 will go through, even though the Trump administration has threatened German firms with sanctions if it does.

It is important to understand what it means to the EU for Nord Stream 2 to be built. Apart from the bypassing of Ukraine and the potential corrupting of German politics, Nord Stream 2 essentially forces German and Eastern European states and customers to subsidize Russian state expenses and unwittingly assist in Naftogaz’s destruction. Those expenses may result in the rearming of the Russian army, which threatens the sovereignty and integrity of EU and NATO members. It also means that despite their connections to the EU, the investors in this pipeline are winking at the flouting of international law, as embodied in the arbitration verdicts that have ruled against Gazprom. Gazprom, thus encouraged, will continue corrupting European governments and energy policies; and European legal institutions will continue to be impotent against Russia.

Indeed, it is energy revenues above all else that funds Muscovite subversion of European governments: through direct subventions to right-wing anti-EU parties like the National Front in France and Matteo Salvini’s Five Star Movement in Italy, not to mention the Alternative for Germany and a host of other right-wing movements. Energy revenues are also the largest source of the funding that has traveled from Moscow to Balkan political operators to subvert, corrupt, or even overthrow governments there.

Putting pressure on Gazprom to conform to these arbitral decisions is not only sound legal doctrine but also sound defense of European states’ political interests, as well as Ukraine’s vital interests. The application of such pressure on Gazprom also reinforces the decisions of the European Commission concerning the need for transparency and fair market practices in European energy policy. Those decisions certainly merit support by EU members in order to maximize opportunities for energy security and promote the rule of law and transparency in the energy business.

For all of Moscow’s rhetoric about international law and the need to observe it, in reality its position resembles that of Thrasymachus in Plato’s Republic: the view that justice is nothing more than the advantage of the stronger, or “might makes right.” After all, nobody in Europe has stated that Russia’s seizure of Crimea, the Donbas, and those regions’ energy facilities is legally justifiable. But failing to support Ukraine and supporting Nord Stream 2 in effect justifies those usurpations retroactively.

At a time when a global gas market is fast developing and alternative suppliers who are much less morally or politically compromised are increasingly available, why should European governments undermine their interests and values for no discernible gain? That question must be posed with real urgency, for sooner or later European governments may have to answer even more difficult questions, likely under duress and without the luxury of their current peace.