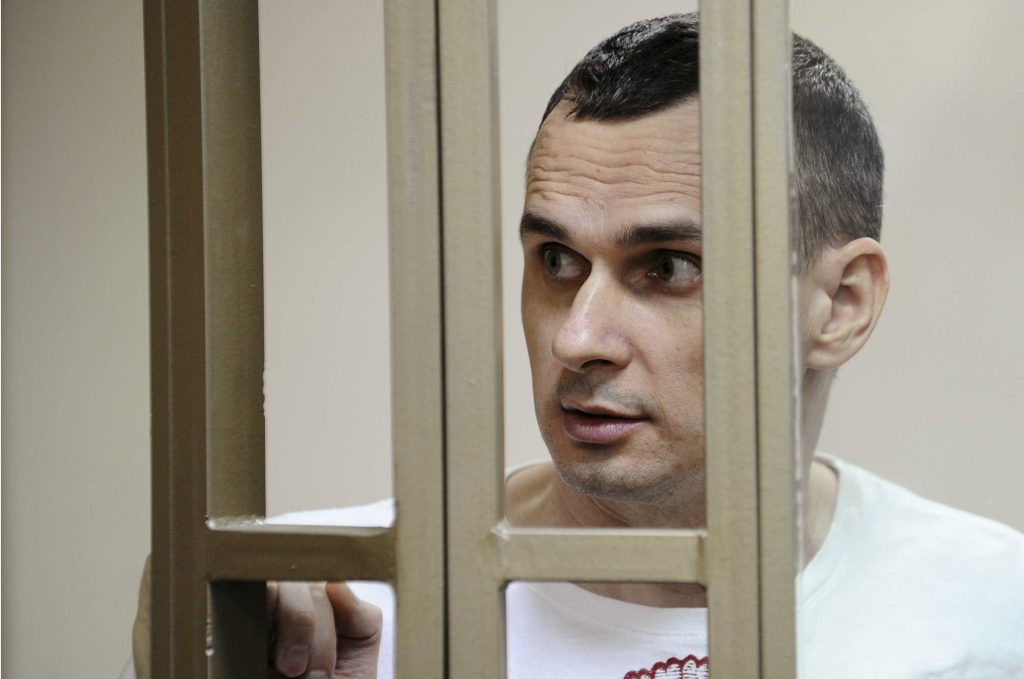 Soviet dissident Vasyl Stus—an important Ukrainian poet of the twentieth century—never lived to see the fall of the Soviet Union. He died in a prison camp near Perm in 1985.

As I read one of Stus’s poems about Siberia, I realized that Gennadiy Afanasyev, a 25-year-old Crimean photographer exiled to the Sytkyvkar penal camp in Russia’s Komi Republic, is enduring the same thing Stus did. Some assert that the camp was part of the Soviet prison system, and photos of the prison that Afanasyev’s lawyer showed me leave no doubt.

Memorial, the authoritative Russian human rights organization, declared Afanasyev a political prisoner. He is one of four Crimeans to be convicted of terrorism in Russia.

Afanasyev was indifferent to the Maidan protests that swept Kyiv in late 2013. Like many Crimeans, he had a distorted view of the events occurring at the square. However, according to his friends, the arrival of “little green men” in Crimea changed everything. Afanasyev became an active participant in the pro-Ukrainian movement.

In the spring of 2014, a small but courageous group of pro-Ukrainian activists in an increasingly threatening atmosphere tried to persuade peninsula residents that the arrival of Russian soldiers was a bad sign. Some organized peaceful protests, such as one held at a Taras Shevchenko statue. For some, these events ended grimly. Four participants of the pro-Ukrainian Crimean movement who barely knew each other were captured by Federal Security Service (FSB) agents in May 2014, illegally transferred to the Russian Federation, forcibly granted Russian citizenship, deemed a “terrorist group,” and imprisoned on terrorism charges. Afanasyev was one of those captured by the FSB. As he testified, the FSB subjected him to torture, beatings, interrogations, sleep deprivation, and psychological pressure. He was forced to give a false confession and testify against the others, including film director Oleg Sentsov and left-wing activist Aleksander Kolchenko. But Afanasyev, who was a key witness in the government’s case against the two, admitted that his testimony was given under pressure. At their trial, he renounced his deposition. This, however, was not enough to save Sentsov and Kolchenko, who received twenty and ten-year sentences, respectively.

Afanasyev confessed to burning down the door of the Russian Unity office in Simferopol. He was charged with committing acts of terrorism—a crime disproportionate to the actual act. Normally, a person would have been charged with hooliganism, not terrorism.

The cases of Sentsov and Kolchenko are well known, though this story is not the only one. Even in March 2014, investigations into pro-Ukrainian activism were already underway in Crimea. Activists were abducted, questioned, and tortured. Some of them disappeared without a trace. Reshat Ametov, famous for his one-man protests, was found dead.

In the last two years, campaigns persecuting Ukrainians have become an entirely normalized and systemized form of Russian military aggression.

Arrests started in March 2014 when Right Sector leader Myloka Karpyuk was arrested and have continued to April 2015 when FSB agents accused Crimean Tatar Ferat Saifullaev of working with the Islamic organization Hizb ut-Tahrir. Saifullaev has been held in a Crimean jail ever since.

Some of the Kremlin’s twenty hostages have already been tried. Eight sentences have been handed down, ranging from three-and-a-half to twenty years; six are currently undergoing trial; another six are still at the pretrial stage.

These prisoners are being held across Russia and Crimea. A fourth of those associated with Sentsov’s group were transferred to the harsh Magadan region. Four Crimean Tatars including Saifullaev are being held at a Sevastopol penitentiary. The case against Karpyuk and Kyiv historian Stanislav Klykh who have been accused of taking part in the First Chechen War more than twenty years ago with Ukrainian Prime Minister Arseniy Yatsenyuk—an absurd allegation—is being reviewed by the Chechen Supreme Court in Grozny.

The twenty hostages are different ages and have backgrounds. Some hold diametrically different political views, and some hold none at all. Not all are heroes like Savchenko, nor are they all as selfless as Afanasyev. Some are complete victims of circumstance and war. However, the authorities keep them imprisoned, using them for the regime’s ruthless propaganda machine.

Many of these cases share another unfortunate commonality—the application of torture. Electric shock, beatings, placing needles under prisoners’ fingernails, and threats of harm to their families. Of course, allegations of torture must be confirmed by evidence. In the case of Klykh, the European Court of Human Rights released evidence of torture. Still, testimonies in court and the written depositions of Sentsov, Afanasyev, Karpyuk, and Kostenko—all of whom gave soul-wrenching descriptions of their first stint behind bars—raise the level of trust we should have in those who claim to endure or witness torture

The Kremlin’s hostages must be freed swiftly and categorically

The #LetMyPeopleGo campaign insists that the Kremlin’s hostages be freed swiftly and categorically. One of the main points of the Minsk agreement is “the freedom and exchange of all prisoners and illegally detained persons founded on the principle of ‘all for all.'” In light of the recent deadline extension of the Minsk agreement, the hostages’ prospects for freedom are more uncertain. The current wording of the Minsk agreement says that this process must be completed no later than five days after the withdrawal. This is unacceptable. Their lives and the lives of hundreds more trapped in the so-called Luhansk and Donetsk Peoples’ Republics should not depend on the withdrawal of weapons. Ukrainian hostages in the Donbas, Crimea, and Russia must be freed independently of whether the other points of the agreement are observed. Until then, their lives remain in danger.

Maria Tomak is a civic activist and journalist at the Center for Civil Liberties in Kyiv, Ukraine. This article was translated from Russian to English by Joshua Solomon.