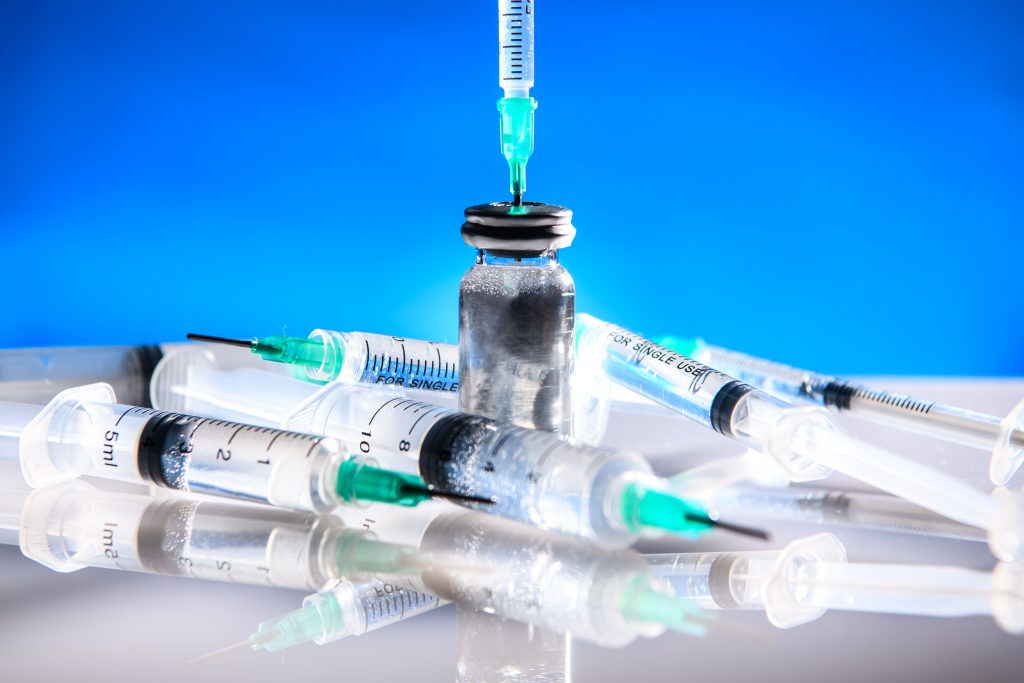 In the global struggle for COVID vaccines, Ukraine has emerged as a marginalized borderland. As has happened so often throughout Ukrainian history, the country finds itself on the frontier between the European community of nations and the vast authoritarian empires of Eurasia.

On one side are the EU member states, which have already ordered their vaccines and launched national inoculation campaigns. Except for a comparatively small Moderna contract, the vaccines in use throughout the European Union are virtually all EU-developed or manufactured.

On the other side of the divide stand Russia and China. Both superpowers are pursuing predatory vaccine strategies that seek to convert global demand for vaccination into geopolitical advantage.

Ukraine is the largest of the many non-aligned countries in the region that now find themselves scrambling to secure vaccine supplies. All have difficult choices to make. The consequences go beyond healthcare and will likely impact on future diplomatic relations. Ukraine’s seven-year undeclared war with Russia further complicates matters for Kyiv and makes the vaccine supply issue a matter of national security.

For the non-EU member states of the Balkans along with Ukraine and Moldova, the options are somewhat more complex. They must balance their longstanding commitment to European integration against the practicalities of fighting the pandemic.

To some extent, Ukraine and other regional countries are victims of circumstance. The EU has understandably focused its attention firmly on the vaccination needs of member states, but this has left those outside the club with little option but to wait or turn to China and Russia.

The diminishing group of countries that have yet to secure vaccine supplies are increasingly finding themselves forced to adopt creative approaches. Moldova has managed to acquire some Pfizer-BioNTech vaccines via Romania, while Albania has received a handful of doses from an undisclosed EU country. But with the clock ticking, the general sentiment is that the current limited access to Western vaccines may soon force governments to look elsewhere.

The EU is well aware of this problem. Thirteen EU member states, mostly from Central Europe and the Baltics, recently urged the European commission to help Ukraine and the Balkan nations secure vaccine supplies.

Predictably, pro-Kremlin politicians in Serbia, Bosnia and Herzegovina, and Montenegro are seeking to exploit the situation. This is also the case in Ukraine, where the country’s pro-Moscow political forces have sought to promote the Russian vaccine and hope to use it as a tool to repair bilateral ties damaged by the ongoing conflict between the two countries.

Ukraine’s failure to make progress on the vaccine front has become increasingly alarming over the past few months. The country had concluded zero supply contracts by the start of 2021, and could only offer vague promises of COVAX humanitarian supplies sometime during the spring season.

In late January, President Zelenskyy promised the delivery of a million doses from a “leading manufacturer”, with vaccinations set to begin in February. Kyiv has also concluded an agreement for 1.9 million doses with China’s Sinovac. However, for a country with a population of over 40 million, this represents minimal progress.

Furthermore, there are significant question marks over the credibility of the Chinese vaccine, which has a reported effectiveness of just over 50%. Some observers expect Ukraine to back out of the existing agreement, or to proceed on purely political grounds.

Ukraine’s vaccine problems have been aggravated by escalating tensions between the Ministry of Health and the country’s Medical Procurement Agency. This agency was set up in 2018 as part of sweeping healthcare sector reforms in order to reduce corruption in the public procurement of medicines. In late 2020, the agency was ready to go on the offensive in the global market for COVID-19 vaccines. Instead, the Ministry of Health decided to take over responsibility for procurement. This move raised the prospect of a return to pre-reform corruption.

After a series of public confrontations between the Ministry of Health and the agency, the government finally agreed to outsource procurement to an international company, Crown Agents. These power games, coupled with Ukraine’s passive behavior on the vaccine market, have hindered the country’s chances of developing a decent portfolio of contracts and delayed the start mass vaccination until spring 2021 at the earliest.

Ukraine’s current approach to the vaccine issue is a recipe for geopolitical disaster. With the launch of a national vaccination campaign still far beyond the horizon and tensions steadily rising in society as Ukrainians suffer from economic hardships and seek a return to normality, conditions are ideal for Russia to seize the moment. If the country does not witness dramatic improvements in vaccine procurement during February and March, it is likely Moscow will seek to capitalize on Ukraine’s predicament.

It is not too late to recover the situation, but there is no time to lose. Ukraine needs to move quickly in order to secure the necessary vaccines from reputable European sources. I would like to think that Ukrainian officials are currently focusing their efforts on reaching out to European partners and requesting maximum assistance. Ukraine’s current COVID-related difficulties are regrettable, but the vaccination issue is also an opportunity to underline the country’s intentions to continue along the road towards European integration.

Pavlo Kovtoniuk is Head of the Health Economics Center at the Kyiv School of Economics. He previously served as Ukraine’s Deputy Minister of Health (2016-2019).