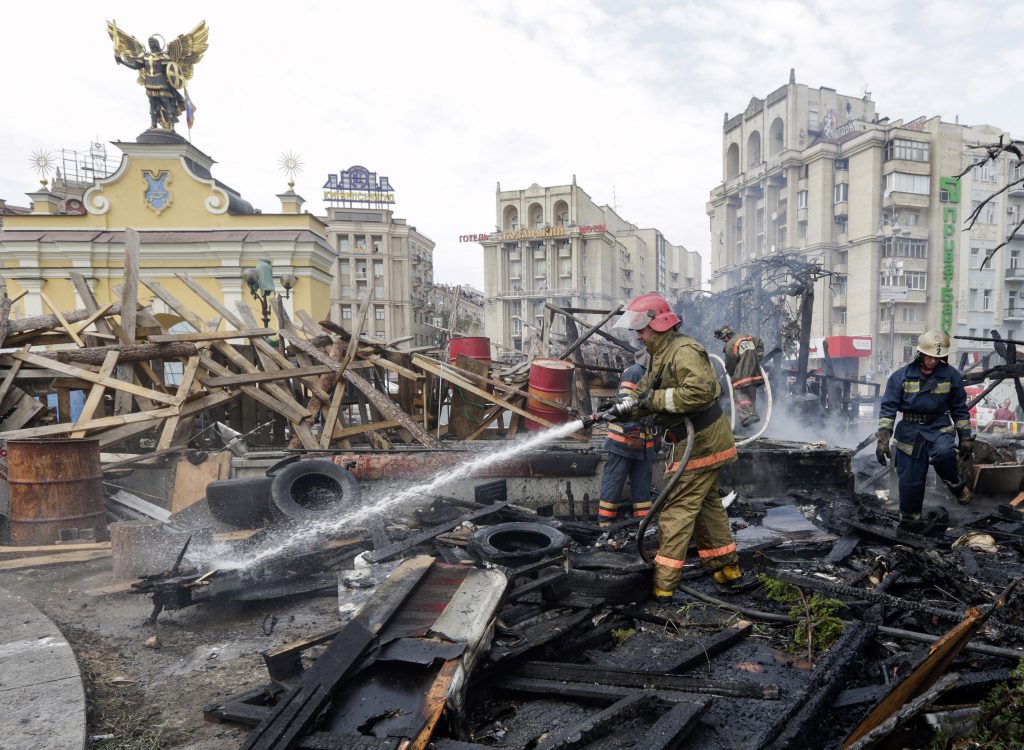 Billionaire investment magnate and pro-democracy philanthropist George Soros has sounded what he says is a wake-up call to Europe (and to the United States) over a failure to see that it is “facing a challenge from Russia to its very existence.” You can read here his full 3,200-word essay for the New York Review of Books, or take in his main points, below:

Image: A firefighter hoses down a blaze set by protesters opposed to a government cleanup of their longtime encampment at Maidan Nezalezhnosti. Ukraine’s economic crisis in the eight months since the Maidan ousted the corrupt regime of President Viktor Yanukovych has left many Ukrainians impoverished, dispirited and especially fearful of the coming winter. As Ukraine elects a new parliament, billionaire George Soros and former Swedish Prime Minister Carl Bildt wrote this week that the fate of Ukraine will determine much of the fate of Europe. (Reuters/ Konstantin Chernichkin)