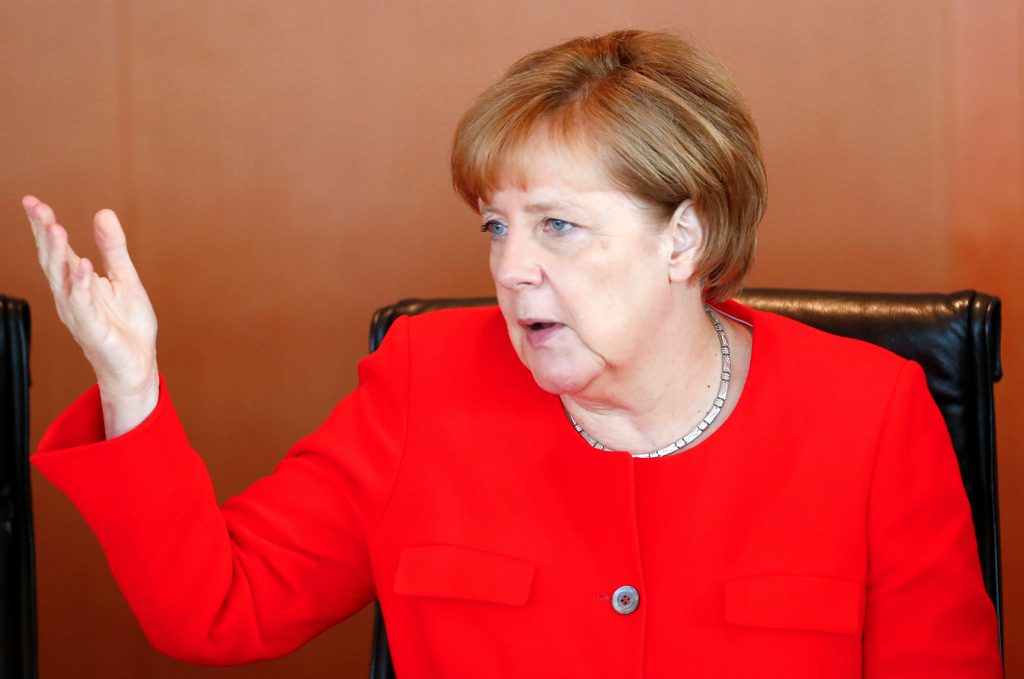 What does the German government plan to do about the Kremlin’s creeping disinformation operations?

Germany became interested in Russia’s subversive disinformation campaign only recently, particularly after the infamous “Lisa case” in 2016. The German government has started to implement some new security measures, especially in the area of cybersecurity. Russian interference in Germany’s September elections is expected, and German military and intelligence agencies are fully up to speed on this issue. So are the governing Christian Democrats, but the lack of political consensus with the German Social Democrats still holds Berlin back in deploying a full-scale strategy against this threat and making it part of German foreign policy.

Germany’s stance toward the Kremlin matters. If the German government takes the Russian threat seriously, it will encourage many other European Union members to do the same.

The very existence of Russian active measures is hardly disputable. Many Western intelligence agencies, including the British MI5 and German BFV and BND, have gone public to urge action regarding this incoming threat. Yet the governments of some European countries still act surprised when their democratic establishments are endangered.

Our Kremlin Watch Program team has spent months studying the responses of the twenty-eight EU member states. Currently, EU governments are all over the map in their reactions to the Kremlin. With the exception of Greece and Cyprus, which behave more or less collaboratively with the Kremlin, most European countries don’t deny that the Russian disinformation assault exists. Still, some countries are passive and employ no meaningful policies to counter this threat.
The governments of Hungary, Austria, Croatia, Portugal, Slovakia, and Slovenia, for example, vehemently ignore the problem, even though most of them are regular targets of Russian clandestine activities and disinformation operations. On the positive side, their civil society organizations often try to stand up against the odds and at least raise public awareness on the issue, but without actual governmental engagement, little can be done to push back.

Ireland hesitates because of its geographic distance and historical neutrality, while representatives of Italy and Bulgaria more or less suppress efforts to put the issue on their national security agendas. Belgium still seems to believe that only the eastern neighborhood countries are targets of the Kremlin’s active measures, while it is predominantly occupied with the massive threat of Islamic extremism.

Spain and France also consider Islamist propaganda a bigger priority. The big question is if French President Emmanuel Macron’s personal experience of becoming a target will be transformed into a national policy of retaliation, which has historically been soft on Russia and ignorant of the disinformation threat.

Then there is a group of active countries. It took the annexation of Crimea to create an impulse for actors like Denmark, Romania, Finland, the Czech Republic, and Poland to shift their attitudes and start developing practical strategies against Russia’s subversive efforts. For example, the Dutch government barely reacted during the 2016 referendum on the EU Association Agreement with Ukraine, even though there were proven cases of disinformation stories spread by the Russian pseudo-media. But eventually, in the 2017 parliamentary elections, the Netherlands decided not to use electronic voting in order to prevent hacking, while the country’s intelligence agency AIVD concluded that Russians did indeed try to interfere. But the government still has a long way to go to create a comprehensive strategy, despite supporting countering efforts in Eastern Europe.

The debate about Russian disinformation campaigns in the United Kingdom was also limited before the Brexit referendum. And even now, the British government is mostly focusing on programs to counter Russian influence in Eastern Europe.

After studying these national reactions, we identified a clear trend. When governments finally realize that the threat of Russian subversion has become a domestic one and potentially endangers their elections, they opt for ad hoc steps. Governments often turn to corporations like Google or Facebook for help, but even though those companies bear some responsibility for providing platforms that enable the spread of hostile disinformation, those actions are not a silver bullet.

Like countering Islamic extremism, there is no fast and easy solution. The first step is to formally acknowledge the threat and enter it into a country’s strategic security documents. Then governments need to start tailoring their national policies to the threat, as the Czech government did.

The second step is to devote significant resources to researching and investigating the tools that the Kremlin uses to influence the public in a given country. Thanks to the extensive work of think tanks in central and Eastern Europe, most of the Kremlin’s tools and practices are publicly known. But that is not the case in countries like Germany or France, where very little systematic research on the Kremlin’s influence exists.

The third step is to learn from regions with historical experience with Russian interference. The Baltic countries, for example, have developed toolkits and practices that can be adjusted to each national environment.

While the priority is to stop enemy aggression, countries also need to work on their own vulnerabilities. Many practical lessons can be learned from Sweden and Finland, which have worked to strengthen their overall resilience against any kind of contingency. They are the pioneers of prevention, teaching media literacy and engaging civil society.

Still, the real deal-breaker for Europe would be if Germany took this threat seriously. If that were to occur, at least twelve concerned EU allies would cheerfully join it in pushing back against the Kremlin’s hostile interference in Europe.

The German government still has time to come up with sufficient measures to protect itself and the country. As history teaches, appeasing an aggressor never works.

Jakub Janda is head of the Kremlin Watch Program and deputy director at the Prague-based European Values Think-Tank. Since 2016, he has also served as an advisor to the Czech Ministry of Interior on the influence of foreign powers. Any opinions presented here are his personal positions. Veronika Víchová serves as an analyst at the Kremlin Watch Program.