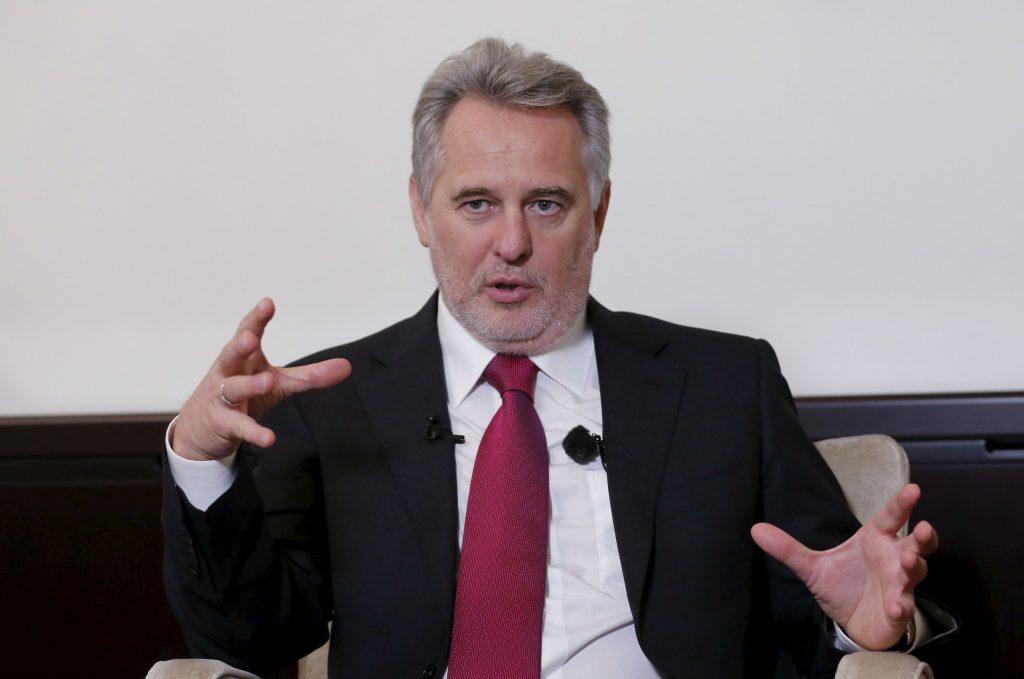 Corruption is still a major challenge in Ukraine, and the energy sector is particularly vulnerable to illegal activity. But although it is tempting to view corruption as a problem indigenous to Ukraine, outside actors—sometimes tolerated or even supported by the government in Kyiv—play a leading role in perpetuating corruption inside Ukraine.

A key illustration of this problem is Dmytro Firtash, a prominent Ukrainian oligarch with ties to infamous Russian mafia boss Semion Mogilevich. Despite living under house arrest in Vienna and facing extradition charges by the United States for international crimes, Firtash is able to use his connections to manipulate multilateral organizations in order to gain personal profit; at the same time, he is fueling corruption in Ukraine’s energy sector, utilizing a corrupt system of gas intermediaries inside Ukraine.

Naftogaz estimates that Firtash’s arrangements with the Ukrainian government have netted him an astonishing $2 billion in 2017 alone. This sum includes a loan from the World Bank granted to Ukraine to purchase natural gas, and assistance from the International Monetary Fund that was supposed to pay for gas subsidies for the poor. Rather than reaching their intended targets, these loans and assistance found their way into the hands of Firtash due to the non-transparent system of payment. As a result, there is no guarantee that part of the $1 billion granted to Ukraine by the United States as sovereign debt guarantees has not found its way into Firtash’s pockets as well.

The large-scale subsidies deal became possible after Prime Minister Volodymyr Groisman began to revise gas market reform, under the stewardship of “energy” Vice Prime Minister Volodymyr Kistion. Rather than promoting open and competitive gas markets as originally intended, these reforms have become a symbol of how the market can be corrupted. Kistion has also become the key defender within the government of Firtash’s interests by controlling Regional Gas Company, which is responsible for three-fourths of regional gas distribution companies in Ukraine.

The energy market reform plan adopted under the previous prime minister, Arseniy Yatsenyuk—whose government created a liberalized competitive market with a large number of gas suppliers—was supposed to be completed by April 2017 but has been rolled back by the Groisman-led government.

These changes have been significant for Ukraine’s largest state-owned energy company Naftogaz. Under the Yatsenyuk plan, Naftogaz was directed to produce and import gas and then mandated to transfer it to private gas distribution companies.

However, in April 2017, instead of putting into operation the provisions of the Gas Market Act and setting up true competition for suppliers among the public, as had already been done in the commercial gas market, the government took a completely different route. Due to the lobbying of Firtash’s representatives, the introduction of market reforms was postponed for another year. At the same time, new regulations liquidated the system of special bank accounts set up to secure Naftogaz from abuses of “oblgas” companies, and canceled the automatic transfer of funds as payment to Naftogaz for gas consumed. Before this change, customer payments moved to the treasury and were automatically distributed between Naftogaz and other needs.

Without any ability to collect payments, Naftogaz has no payment guarantees and no leverage over its counterparts. Gas intermediary companies supply gas to households and collect money, but none goes to Naftogaz, which actually provided the gas.

The situation got even worse. In January 2018, the government, through new regulations, allowed distribution companies to retain 12-15 percent of income as compensation for operating expenses rather than the previous 2.5 percent. The Ukrainian government also issued a “preliminary statement” that the true market rules and implementation will be postponed for three years, until 2021.

As a result of delaying market reform and perpetuating a corrupt system, the debts of distribution companies to Naftogaz increased by $500 million in just two months, and now total more than $2 billion. As representatives of Naftogaz have publicly asserted, there is no chance that this money will be ever repaid to the state.

All of these deals deserve close attention and scrutiny by law enforcement agencies. It is outrageous that a person who is in custody in Vienna because of gross corruption can increase his wealth at the expense of international financial organizations and simultaneously impede reforms in Ukraine.

In this context, it is obvious that the efforts of the National Anti-Corruption Bureau that is charged to investigate such cases in Ukraine are insufficient. Without increased pressure on the part of the United States to speed up the extradition of Firtash from Austria, combined with an impartial and professional investigation into his relations with top Ukrainian officials, Ukraine is unlikely to establish a free and fair market anytime soon.

Oleksandr Kharchenko is director of the Energy Industry Research Center in Ukraine.

Image: Dmytro Firtash, one of Ukraine's most influential oligarchs, billionaire and industrialist, gestures during a Reuters interview in Vienna, Austria, December 2, 2015. REUTERS/Leonhard Foeger