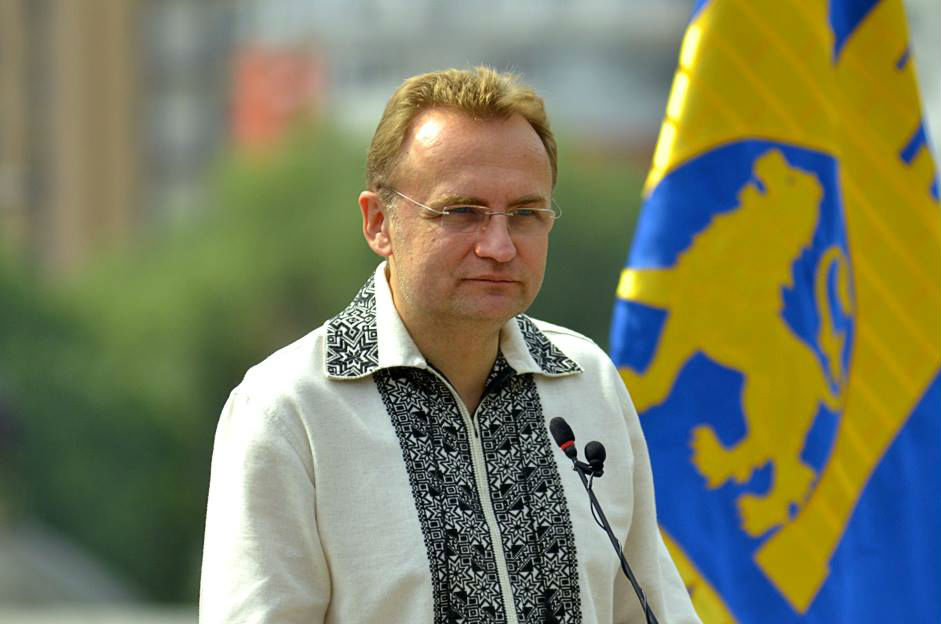 Russia’s President Vladimir Putin has lost the battle for the hearts and minds of the predominantly Russian-speaking regions of eastern and southern Ukraine that remain under Kyiv’s control. Support for those he calls “compatriots” has been at the core of Putin’s stated rationale for intervention in Ukraine. Polls show, however, that a clear majority of these compatriots reject Putin’s self-proclaimed right to intervene on their behalf.

Although often frustrated with the Kyiv government, these Ukrainians—despite their affinity for Russian language and culture—do not seek to join the Russian Federation or subordinate themselves to the Kremlin’s dictates. Russia’s aggression has spurred the opposite of what it intended: it has increased the identification of residents in the east and south with the Ukrainian state.

When I met with civil society activists—including those working with the 1.4 million internally displaced—on a visit to Ukraine in July, it was clear that Putin’s moves on Crimea and the Donbas had radically flipped attitudes toward Russia in regions that would have been deferential to Russian concerns. This shift makes Putin’s vision of a controlling interest in Ukraine more difficult to achieve.

The Kremlin’s assertion of “privileged interests” in Ukraine ignores not only international law but the wishes of those whom Russia claims to be protecting. Putin has repeatedly stated that Russians and Ukrainians are “one people.” In fact, as a spring 2015 Pew Research Center poll found, both western Ukrainians (91 percent) and those in the east (77 percent) support Ukrainian national unity.

Russia’s actions have succeeded not in destroying Ukraine but in destroying the traditionally positive feelings Ukrainians have had toward Russians. A 2011 Pew poll that 84 percent of Ukrainians held a favorable view of Russia; that dropped to 35 percent in 2014 following the Crimean events—and to only 21 percent by May 2015.

Polling conducted by the Kyiv International Institute of Sociology (KIIS) in February 2015 found that 90 percent of respondents from Ukraine’s south—which includes proudly Russophone Odesa—feel Russia has no right to intervene to defend Russian speakers. Even in the east, which includes war-torn Donbas, only 15 percent of respondents felt that Russia had the right. Another poll conducted in April/May 2015 and sponsored by the National Democratic Institute found that 77 percent of Ukrainians regard Russia’s influence in Ukraine as negative and only 3 percent as positive.

While eyes have been opened in eastern and southern Ukraine regarding Russia’s intentions, many residents there remain skeptical of the leadership in Kyiv and its EU-inspired reform program. A poll conducted by KIIS in March 2015 found high levels of disapproval of the central government in Odesa (79 percent), Kharkiv (70 percent) and elsewhere in the southeast. The February KIIS poll found that over a third of the residents of Ukraine’s east and south find moving closer to the EU “unacceptable.”

This disaffection stems in large part from the fact that Ukrainians, particularly those in the east and south, do not yet feel the benefits of reform. The spring 2015 Pew poll found that 94 percent of Ukrainians rated the economy as bad or very bad. It also found that 54 percent of respondents in the west and 65 percent of those in the east regard the government in Kyiv as having a negative influence on the country.

In the east and south, the remnant of former President Yanukovych’s Party of Regions—reconfigured as the “Opposition Bloc”—seeks to capitalize on such disaffection. The Bloc obtained pluralities in some key eastern constituencies in the October 2014 parliamentary elections. The Bloc’s opposition to reforms, such as the IMF-mandated ending of subsidies for home heating gas, will resonate with hard-hit southeastern voters in the October 25 local elections.

The challenge for Kyiv is clear: the national government must accelerate the pace of reform. Results, not promises, are what matter. People must see that their lives are getting better. Improving the investment climate, creating jobs, and combatting corruption are goals that unite Ukrainians.

There have been some successes, and these need to be trumpeted. Most visible has been the elimination of the notoriously corrupt traffic police in Kyiv, a model being replicated in Odesa, Lviv, and other cities.

The reform initiatives of Mikheil Saakashvili—appointed by President Petro Poroshenko as governor of Odesa oblast—and his team have the potential to serve as a model for other regions. Saakashvili is doing or planning to do things Ukrainians demand but don’t see happening enough on the national level. This includes taking on oligarchs, exposing official corruption, and cutting red tape—all done with an emphasis on transparency and communication. If Saakashvili can show results in Odesa, a region known for widespread smuggling and cozy relations between organized crime and officialdom, it would resonate throughout Ukraine.

Russian language rights is an issue that has all too often been used to divide the country. In reality, Russian speakers and Ukrainian speakers in the south and east are not fundamentally different in their allegiance to Ukraine. Many of those who joined the pro-democracy Maidan movement in 2013-14, and many of those fighting on the front line in Donbas, use Russian as their first language. The Ukrainian parliament played into the hands of Russian propaganda in February 2014 when, in the wake of Yanukovych’s departure, it passed legislation putting restrictions on the official use of Russian. However, Poroshenko never signed the bill and it did not go into effect. Lviv Mayor Andriy Sadovyi demonstrated a more adept approach weeks later when he called for a Russian-speaking day in his overwhelmingly Ukrainian-speaking city. The message was clear: the removal of the Yanukovych regime was not about language; it was about ending kleptocracy and standing up for Ukraine’s right to decide its own future.

Russia’s leaders have long been skillful in the ways of corrupting Ukraine’s all-too-willing-to-be-corrupted elite. But they grossly underestimated the commitment of ordinary Ukrainians to the Ukrainian state. The “Mad Max-esque” condition of the enclaves in Donbas that are under Russia’s protection has been an object lesson for many in the east and south. If the choice is between the ruin that is occupied Donbas and a future in Ukraine, then Ukraine looks ever more attractive. Putin has unwittingly given Ukraine a historic chance to overcome the divisions that have held it back since independence. National unity is at long last within reach. It is up to the government in Kyiv—through tangible success in reform and continued resilience in the face of aggression—to close the deal.

Colin Cleary is a Foreign Service officer and fellow at the US Institute of Peace who served as political counselor at the US Embassy in Kyiv in 2008-2012. The views expressed are those of the author and do not necessarily represent those of the State Department or the US government.

Image: Lviv Mayor Andriy Sadovyi demonstrated an adept approach to language rights when he called for a Russian-speaking day in his overwhelmingly Ukrainian-speaking city. The message was clear: the removal of the Yanukovych regime was not about language; it was about ending kleptocracy and standing up for Ukraine’s right to decide its own future. Credit: Lviv City Council Facebook page