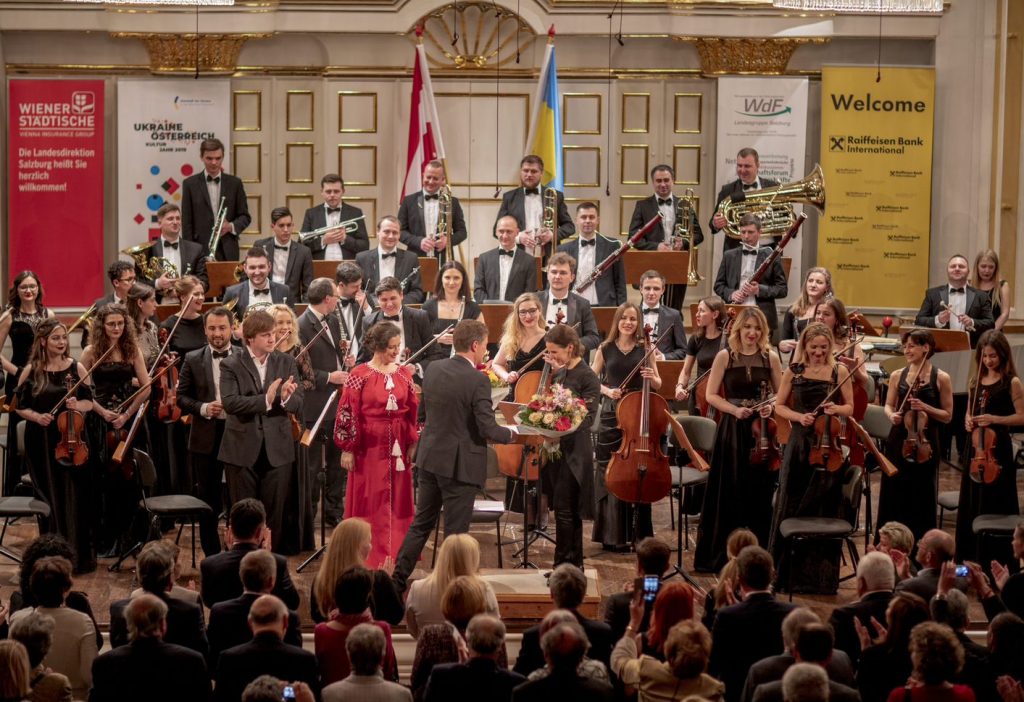 “Our task is to make sure Ukraine finds its voice in cultural relations,” says Volodymyr Sheiko, the first General Director of the fledgling Ukrainian Institute. Established in August 2018, the Ukrainian Institute (UI) is an ambitious initiative that aims to make the most of Ukraine’s considerable untapped soft power potential.

For a country with a low geopolitical profile but centuries of national heritage and a wealth of contemporary creativity to draw on, Kyiv’s recent embrace of cultural diplomacy was perhaps long overdue. When it finally came, progress owed much to Russia’s ongoing hybrid war against Ukraine, which provided the immediate motivation to mobilize the country’s soft power resources. Nevertheless, a combination of byzantine bureaucracy, institutional infighting, and chronic underfunding now threatens to stifle the UI project in the early stages of its development.

The idea of creating a cultural institute to represent Ukraine on the international stage is nothing new. On the contrary, talk of the need for a national cultural diplomacy platform circulated in Kyiv for many years prior to the arrival of the Ukrainian Institute. The idea gained new impetus the wake of Ukraine’s 2014 Euromaidan Revolution and the start of Russian aggression, with strong backing coming from Ukrainian civil society circles and the country’s then-foreign minister Pavlo Klimkin.

Over the past two years, the UI team has grown from just five to 45 people. The Institute’s 2019 Annual Report boasts 85 projects across 12 countries, including efforts to raise Ukraine’s profile at established international events.

Meanwhile, nearly half of all UI projects last year were part of the Ukraine-Austria Cultural Year, which included everything from visual arts to cinema in partnership with many of Austria’s leading cultural institutions.

These successes highlighted UI’s potential to showcase the best of Ukrainian culture, but they also served to expose some of the vulnerabilities the Institute faces. One of these weaknesses relates to operational independence.

UI was designed as an independent agency reporting to the Ukrainian Ministry of Foreign Affairs. In public at least, Ministry officials are quick to reiterate their support for UI’s independence, but experts familiar with the inner workings of the Ministry paint a more complex picture.

“When we talk of “cultural diplomacy”, there is a “cultural” component, but there is also a “diplomacy” element,” says Vasyl Myroshnychenko of CFC Big Ideas, a Kyiv-based strategic communications company. Many of the UI team come from the relatively sheltered and rules-based environment of Western cultural diplomacy institutions. Prior to his appointment as UI Director General, for example, Volodymyr Sheiko managed the arts program in the Kyiv office of the British Council. This has left the UI team somewhat unprepared for what Myroshnychenko terms as the “excessively bureaucratic foreign service, with some parts still operating according to outdated templates.”

Elements within Ukraine’s diplomatic corps remain skeptical of the new institution’s approach, which they regard as overly hipster-friendly with too much emphasis placed on contemporary culture. Many of these critics are convinced that support for traditional folk culture and the preservation of Ukrainian ethnic identity should be central to Ukrainian cultural diplomacy. This line is welcomed by conservative elements within the Ukrainian diaspora.

Cooperation between the UI and Ukrainian embassies has proved challenging, especially in regard to large-scale projects such as the 2019 Ukraine-Austria Cultural Year. “Instead of being a partner in the cultural sphere, the Ukrainian Institute took on the role of unfair competitor and as a sort of additional boss above the embassy,” says Olexander Scherba, Ukraine’s Ambassador to Austria.

The Austrian experience indicated the need for a clearer modus operandi between the Ukrainian Institute and the Foreign Ministry, including interaction with diplomatic postings abroad. In this respect, Ukraine could potentially learn from existing templates developed by veteran soft power organizations such as the British Council.

“The British Council sets its strategy and objectives for each country independently of the UK’s embassies abroad, but taking fully into account the UK government’s overall strategy towards this or that country,” says Simon Williams, Director of the British Council’s operations in Ukraine. Regular coordination and information-sharing with the embassy is absolutely essential, he adds.

Vasyl Myroshnychenko believes it is important for the Ukrainian Institute to maintain a degree of distance from the Foreign Ministry. “If the role of the government is too overt, projects risk being perceived as propaganda,” he says. Myroshnychenko thinks this separation should also include branding. “Embassies should not insist on featuring their logos on each and every project, unless it is justified from the standpoint of local preferences.”

These problematic issues are only part of what is a complex and evolving relationship between the UI and Ukraine’s Ministry of Foreign Affairs. There is also growing recognition within the Ministry of the need for an independent institution capable of advancing Ukraine’s cultural diplomacy. “The duration of diplomatic postings is restricted to four years, which limits the possibilities of forging long-term partnerships with cultural institutions abroad,” explains Oksana Kyzyma, a Ukrainian diplomat currently posted in Canada. Sheiko is optimistic that a consensus will emerge on the role of the UI within Ukraine’s wider diplomatic strategy. “Many Ukrainian diplomatic postings abroad now expect us to take a lead on cultural diplomacy,” he says.

The Ukrainian Institute is finding its feet at what is a particularly inopportune moment for its mother Ministry. Since the spring 2019 election of Ukrainian President Volodymyr Zelenskyy, the Ministry of Foreign Affairs has begun to feel its status usurped by the Office of the President. “Under Zelenskyy, the Office of the President believes it no longer needs traditional diplomats,” commented an insider who preferred not to be named. “As a result, the Ministry is increasingly finding itself in a situation where it must pander to the Office of the President, and the Ukrainian Institute will also have to toe the line.” These political realities mean that the decisive battle for UI independence probably still lies ahead.

An additional issue facing the UI is the chronic underfunding all Ukrainian state institutions must currently grapple with. The Institute’s 2019 budget of UAH 60 million (approximately USD 2.3 million) was due to expand to UAH 78 million this year, but coronavirus budget cuts have since reduced this figure to just under UAH 50 million. Even the earlier sum is a mere fraction of the funding received by similar cultural institutions representing other European countries. Meanwhile, Ukraine’s modest cultural diplomacy budget is dwarfed by the resources Russia invests in soft power promotion.

These funding limitations will inevitably impact plans to develop the role of the UI. A three-year strategy recently presented in Kyiv foresees the establishment of UI branches in a number of European countries, with the opening of a Warsaw branch being discussed as a possible pilot project. Before this can happen, various bureaucratic and regulatory hurdles must be overcome, including confirmation of the ability to hire staff abroad, issue grants, and allocate direct funding. “Further systemic changes to the budget as well as Ukraine’s Tax and Labor Code require concerted efforts from a wide range of institutions, as well as strong political support from the Ministry and in parliament. UI alone cannot achieve this,” says Sheiko.

Few would question the fact that Ukraine needs a cultural diplomacy platform capable of raising the country’s profile on the global stage. Indeed, the issue has arguably never been quite so urgent. After centuries of Russian domination and decades in the Soviet shadows, today’s independent Ukraine remains poorly understood by the outside world as it struggles to counter the sophisticated disinformation component of the Kremlin’s hybrid war against the country. This was the logic behind the establishment of the Ukrainian Institute in 2018, but it is not enough to ensure the initiative’s success. In order to avoid being downgraded or discarded, UI management must now quickly develop the muscle to navigate Ukraine’s volatile political arena and secure the support it needs.

Marina Pesenti is Director of the Ukrainian Institute London, an independent UK-based charity.