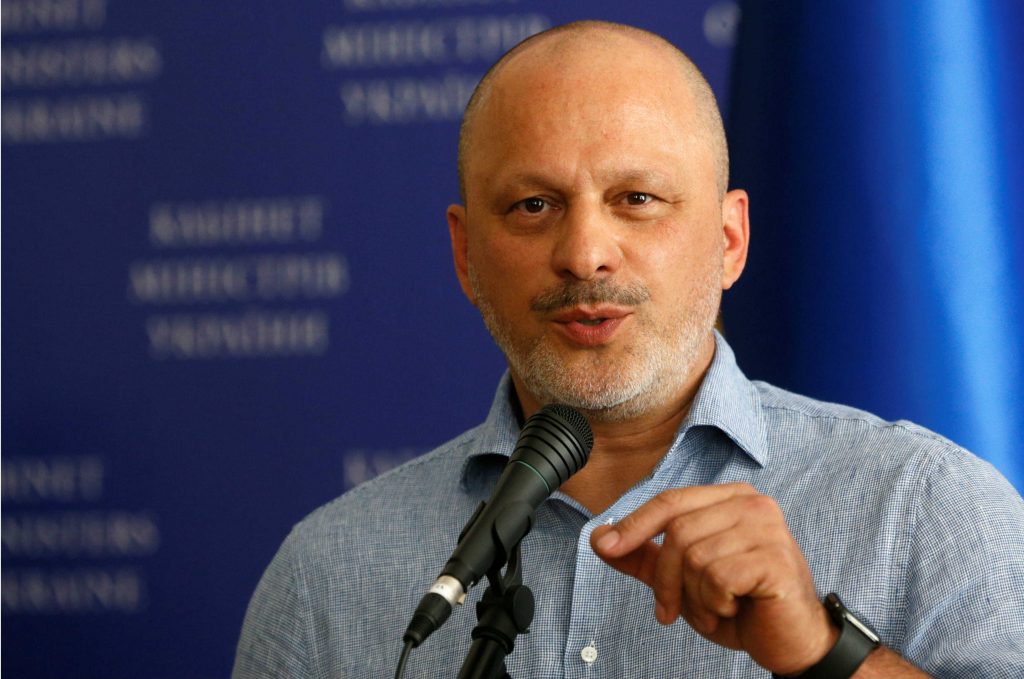 Alasania is a person who enabled the creation of public broadcasting in Ukraine. In March 2014, the political decision was finally made to transform the huge state-owned network of TV and radio broadcasters into a full-fledged independent public broadcaster. Modern-minded, charismatic, and a hard manager, Alasania seemed to be the best candidate for the position of director general of the NTU, someone who could shake up the archaic Soviet-style nature of the state broadcasting system.

Despite resistance from some political and business groups, Alasania had strong support from international donors and civil society, and made considerable progress in establishing public broadcasting in Ukraine. The national TV broadcaster was rebranded: its content became more modern and user-friendly, new formats were introduced, experts noted an improvement in its balance and neutrality, and a supervisory board was created to ensure the channel’s independence. Complicated legal procedures related to transforming NTU into a new legal entity are expected to be completed in 2017, and a full-fledged public broadcaster will arise after that.

News about Alasania’s resignation on November 1 surprised many people in media and political circles, but not those who knew the environment in which the reformers worked. The two years of building a public broadcasting establishment were, in fact, a continuous struggle against the conservative political system and state management, which bore all the elements of the Soviet era. Being a part of the state machine, and to a large degree depending on it, Alasania’s team faced an unbearable amount of bureaucracy that paralyzed them at every turn and gave no space for flexibility. Additionally, an unfriendly legal environment limited their actions severely, and too little financing made high-quality production and modernization impossible. Meanwhile, public expectations were extremely high.

In an interview with Deutsche Welle, Alasania admitted that such conditions had led to major corruption within the state-owned broadcasting companies. For two years, his team tried to overcome these obstacles, gain more freedom of action, and get rid of the chains tying them to the state machine. The decision to make NTU responsible for holding Eurovision 2017 was the last straw.

In fact, there were other options for Eurovision. Some government agencies could have been made to conduct the contest; but key parties, including foreign donors, thought it an important and generous gesture to let the newly-created public broadcaster host the festival. Consequently, the government redirected part of the broadcaster’s tiny budget to cover expenses related to Eurovision. The decision undermined the very future of reform, leaving the public broadcaster almost totally without funds.

“I disagree that the public broadcaster…should lose such a significant sum. According to the law, the broadcaster must receive 0.2 percent of the state budget, which is approximately 1.2 billion hryvnias. The government takes 450 million of them to pay for Eurovision,” Alasania said.

In addition, Alasania said the task was impossible due to current conditions. “We are two months behind schedule,” he told Deutsche Welle. “It is possible to overcome such a delay, but if there is a will. Still, the government has no will to do something with Eurovision.” He meant that the number of timely regulations and government decisions that had to be adopted still have not been addressed, and he wanted to avoid the risk of being held responsible for the failure of a process over which he has no influence.

Alasania’s resignation raised alarms about the future of public broadcasting reform in Ukraine and brought the issue into the spotlight. Though he emphasizes that he remains in the game and will continue participating in reform, it is clear that the situation will not be the same. The government promptly withdrew and restored the broadcaster’s budget to its full amount, but there is nonetheless no faith that the basic issues that hindered reform efforts will be changed; they lie at the very root of the Ukrainian state machine, which will take years to improve. And Alasania is not going to change his mind.

Many voices proclaim this as the failure of public broadcasting reform in Ukraine. Nevertheless, experts say that reforms have gone too far to be stopped. One way or another, the new legal entity will be created in 2017 to manage public broadcasters, and new management will be reappointed (possibly with Zurab Alasania as a director general). Consequently, regardless of who replaces Alasania now, it will be a temporary position that will last only six months.

But this person will determine the speed and internal content of reform. And here two scenarios seem most probable. If Alasania is replaced by somebody from his team, someone who knows the process in detail and all its legal intricacies, there is a chance that the process of reform will not lose its intensity, and the new legal entity will be established in time.

But if the government appoints some of its own people to lead NTU, people who have not been involved in the reform process, problems may arise. Eurovision 2017 may wind up as the top priority, while the reform process itself will be postponed. The mass of internal problems will be ignored, leading to additional tensions. If the local entity is not created in a timely fashion, its very financing may be challenged, and the staff will likely go without salaries for months. Still, there is hope that the newly-created supervisory board and civil society institutions involved in the reform will fill the gap of control and expertise—at least enough to avoid major problems.

One way or another, public broadcasting reform in Ukraine will be accomplished; the only question is whether this process will be smooth and timely, or slow and troubled.