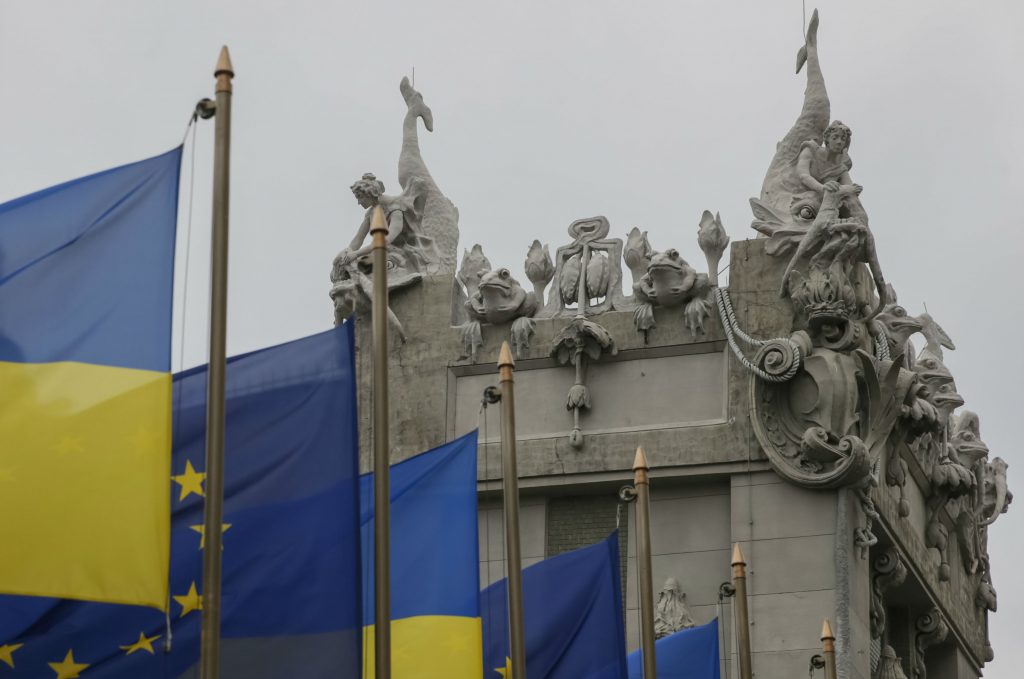 Most Russia watchers, including those at the Atlantic Council, recognize that in this age of hybrid warfare, energy trade is a potent weapon. What has changed with Nord Stream 2 is that the weapon is now pointed directly at the EU rather than Ukraine, and it is masquerading as a commercial project. But who could sensibly argue that another pipeline is needed when the existing one, which comes through Ukraine, operates at 60 percent capacity?

The European Union must speak in one loud voice. Nipping Nord Stream 2 in the bud is an opportunity for Brussels to demonstrate leadership and fulfill its role as a mediator that helps advance the interests of the entire European Union, which in turn strengthens every member economically. When countries fend for themselves, as Poland has done by blocking the Gazprom-backed project, Europe looks incoherent and disunited; it projects weakness.

Europe remains divided on Nord Stream 2, even though the project contradicts most if not all of the EU’s stated objectives when it comes to energy security. Instead of stimulating a diversification of supplies, it will tighten Gazprom’s grip. The leaders of eight Eastern European members of EU (Czech Republic, Estonia, Hungary, Latvia, Lithuania, Poland, Romania, and Slovakia) are resolute in their opposition, as they conveyed in a letter to European Commission President Jean-Claude Juncker. Even the EU’s main backer of the project, Germany, is conflicted about it. MEP Manfred Weber, the leader of the EPP, which is the largest group in the European Parliament, has expressed his categorical opposition to Nord Stream 2. In a letter to the EU’s Energy Commissioner and Germany’s Vice Chancellor, Weber demanded that “Nord Stream 2 should not only be excluded from EU financial support, but the Third Energy Package must fully apply to the project.”

Allowing Russia to bypass Ukraine in its westward gas trade gives the Kremlin yet another mechanism for dividing and conquering Europe, as well as threatening Ukraine. Gas transit fees help fill Ukraine’s budget to the tune of $2 billion a year, and the pipeline itself helps protect Ukraine against all-out Russian aggression. After Ukraine’s borders were violated with the illegal annexation of Crimea and its eastern provinces attacked, gas transit infrastructure was possibly the only check on Putin’s pugnacious ambitions. Undermining this deterrent could create more instability and invite more violence.

The best path forward, instead, would be for the EU and transatlantic operators to invest directly in the Ukrainian transmission system—which takes the most geographically advantageous route—and jointly operate it. The West should make it clear to Moscow that neither Nord Stream 2 nor any other alternative routes will be considered; Ukraine was, is, and will be a reliable transit partner for Europe. Having an international consortium manage energy transit through Ukraine will give everyone, including Russia, additional guarantees. Under Ukraine’s Association Agreement and the Deep and Comprehensive Free Trade Agreement, the country is working to harmonize its rules and regulations with those of EU, and its current framework is compliant with the Third Energy Package. Ukraine’s parliament has already passed a new Gas Market Law and a law governing its independent energy regulator.

The creation of the European Union ushered in an era of unprecedented prosperity. But more important, it changed the security context, rendering war among EU members essentially inconceivable. The strength of the union comes from its values and from the principles on which it was built. Ukraine shares those values, and it is little wonder that the Revolution of Dignity, in which EU flags were flown together with Ukrainian flags, is also known as the Euromaidan. In the current debate on Nord Stream 2, economic interests must eventually be trumped by European values; the continent will emerge stronger and more united for having defended them.

Olga Bielkova, a UkraineAlert contributor, is a Member of Parliament in Ukraine. She tweets @OlgaBielkova.

Image: EU and Ukrainian national flags wave in front of the House with Chimeras, which is the part of the Presidential Administration, in Kyiv, Ukraine, March 2, 2016. REUTERS/Valentyn Ogirenko