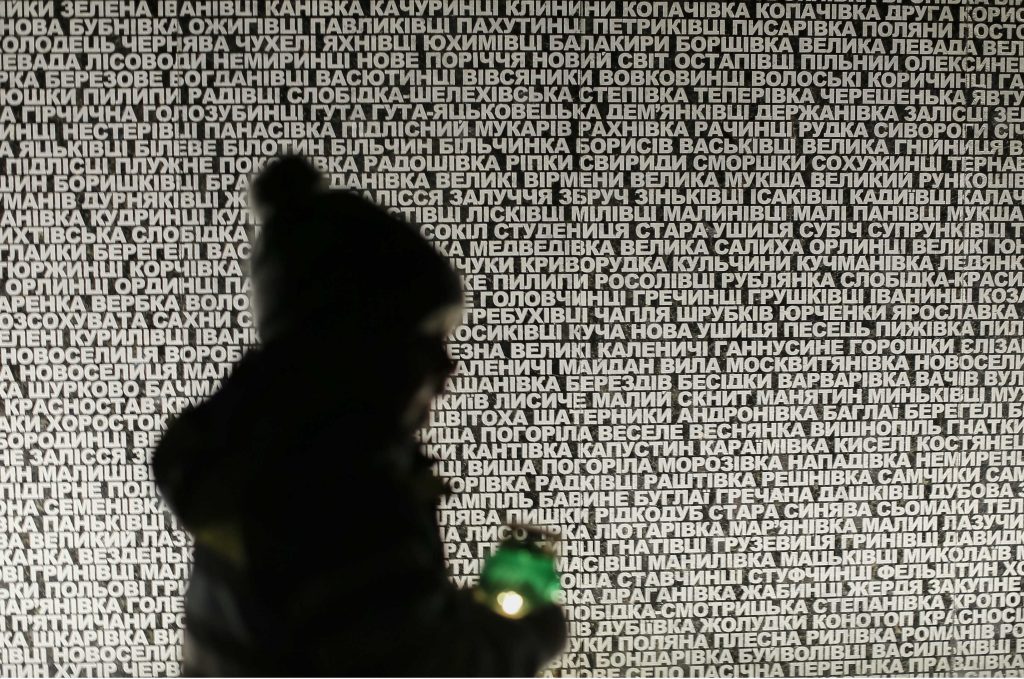 As Americans sit down to their Thanksgiving meals on the last Thursday in November, Ukrainians will be commemorating the memory of millions who were murdered in 1932-33. The last Saturday in November is Holodomor Remembrance Day in Ukraine, a time to mark the anniversary of Joseph Stalin’s engineered starvation of the nation. In the West, the date should also be remembered as a pivotal event that ensured the viability of the Soviet Union, with its consequent implications for hundreds of millions in the free world.

The Holodomor in Ukraine is too often mistakenly grouped together in the West with the generic Soviet collectivization of agriculture. While collectivization was extant throughout the Soviet Union, it was distinct in purpose and result in Ukraine. There, wrote Proletarska Pravda in 1930, collectivization was intended “to destroy the social basis of Ukrainian nationalism.” Indeed, though collectivization in Ukraine was virtually complete by the spring of 1932, Moscow pressed on. Having eliminated Ukraine’s political, cultural, and religious strata, Stalin turned against the villages. It was there that Ukrainian traditions and self-awareness were rooted, and where the overwhelming majority of the population resided. The task, wrote historian Norman Davies, was to forever inter any notion of independence. The countryside was stripped not simply of grain but of anything remotely edible. Cooking utensils and farming tools were confiscated. The borders were sealed, and no food was allowed in. No one was allowed out. And not just in Ukraine, but also in the heavily Ukrainian ethnographic regions absorbed by neighboring Russia. Entire villages simply disappeared. A year later, one of Stalin’s sycophants, Pavel Postyshev boasted: “We have annihilated the nationalist counter-revolution during the past year, we have exposed and destroyed nationalist deviationism.”

Estimates of the number of victims range from four to ten million. Italian diplomatic dispatches at the time concluded: “The current disaster will bring about a predominantly Russian colonization of Ukraine.” In 1953, Raphael Lemkin, author of the UN Genocide Convention, passionately condemned not just the murder of millions but also the evisceration of Ukraine’s national ethos. “This is not simply a case of mass murder. It is a case of genocide, of destruction, not of individuals only, but of a culture and a nation.” But it was not until the eve of their independence in 1991 that Ukrainians even dared to whisper about the Holodomor among themselves.

Some news about the Holodomor was carried in the Western press. France’s Le Matin wrote, “The systematically organized famine has as its objective the destruction of a nation, whose only crime is that it is striving for freedom.” Mainly, however, the news was spiked by Western media. The New York Times’ Moscow correspondent Walter Duranty, a Pulitzer Prize winner, categorically denied the horror. Washington knew the dirty secret: Duranty had earlier admitted to US Embassy personnel in Berlin that “in agreement with the New York Times and the Soviet authorities, his official dispatches always reflect the official opinion of the Soviet government and not his own.” Privately, however, to the British Embassy in Moscow Duranty confessed a “ghastly horror,” and that Ukraine “has been bled white.”

Western governments had their own calculus. The British Foreign Office wrote: “We do not want to make [information about the Holodomor] public…because the Soviet Government would resent it and our relationship with them would be prejudiced. We cannot give this explanation in public.” After taking a Potemkin village tour of the starving Ukrainian countryside, former French Prime Minister Herriot returned to France and ridiculed the notion of any starvation.

Western betrayal of Ukraine soon became official. On November 16, 1933, US President Franklin D. Roosevelt recognized the Soviet Union. Legitimacy, approval, and acceptance were stamped on a netherworld dedicated to the destruction of Roosevelt’s own country. American and Soviet celebrants dined on caviar and beef stroganoff at the Waldorf Astoria as Ukraine became one vast necropolis. One might say that at that moment, a great and noble nation bartered away its moral clarity.

Twelve years later, outside the court windows in Nuremberg in post-war Europe, the United States and United Kingdom, overseen by the Soviet Union’s secret police, “repatriated” hundreds of thousands of Holodomor survivors and others back to that same netherworld. That was the second betrayal, inked in Yalta.

Fast forward to 1991. Despite President George H.W. Bush’s efforts to discourage Ukraine from withdrawing from the Soviet Union, the nation voted for independence, catalyzing the dissolution of the USSR. Shortly after, however, Moscow became the beneficiary of a third deal: Ukraine surrendered its nuclear arsenal in return for US, UK, and Russian commitments to its national sovereignty and territorial integrity.

In 2004, the Ukrainian community in the United States warned National Security Advisor Condoleezza Rice of Russian President Vladimir Putin’s game plan: that there would be only one player. Washington remained somnolent, and in 2014, Russia invaded Ukraine, occupying and annexing its territory. With scarcely a whimper from the West, Putin savaged the world order overnight.

This year as never before, Holodomor Remembrance Day requires more than the commemoration of innocents. It requires that, at long last, Washington take an accurate measure of the Kremlin. Even more so, it must reassess its own impulse toward deal making, something that long predates the election of the new US president-elect. That approach did not establish a laudable record. If Ukraine is not secured as a counterweight of freedom and stability, any “deal” will condemn the West to a dangerous past.

Victor Rud is a board member of the Ukrainian American Bar Association and chairman of its Committee on Foreign Affairs.

Image: A girl holds a lamp next to a monument with inscriptions of locations that suffered in the Holodomor famine, during a commemoration ceremony for the victims, in Kyiv November 22, 2014. REUTERS/Gleb Garanich