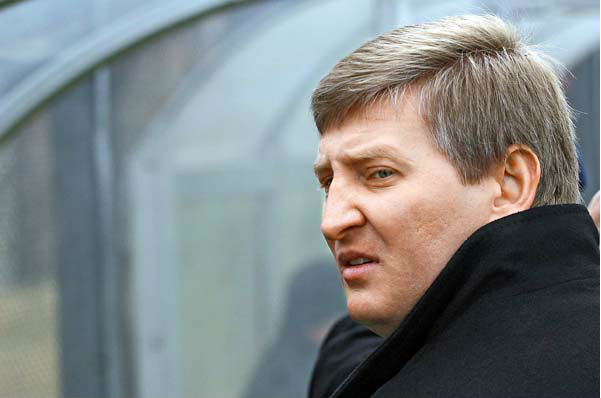 Ukraine finds itself in an economic crisis of massive proportions. In the past twelve months, its GDP has contracted by over 7.5 percent, the national deficit exceeds 10 percent, its currency has lost more than 50 percent of its value, its banks are insolvent and the national debt-to-GDP ratio has ballooned to more than 100 percent—causing a drastic drop in the standard of living for Ukraine’s citizens.

Undoubtedly, Russia’s hybrid war against Ukraine has largely triggered this crisis. But the root cause of Ukraine’s economic malaise is its culture of corruption, which has persisted for decades and has earned Ukraine the dubious distinction of being ranked among the most corrupt economies in the world.

The moment is fast approaching when President Petro Poroshenko and Prime Minister Arseniy Yatsenyuk change course, undertake serious reforms, and cement their legacy as great leaders or risk being remembered as self-interested politicians—and possibly triggering a new Maidan. The system of bureaucrats, police, prosecutors, judges, and politicians controlling governance for the oligarchs’ benefit must be broken or Ukraine will sink under the weight of a totally failed economy.

It was the milieu of corruption that allowed the emergence of oligarchs who dominate Ukraine’s economic and political life. The Yanukovych regime—the ultimate expression of this dominance—used political power to expropriate tens of billions of dollars in state funds and assets. It did so by fraudulently privatizing state firms, inflating government procurement processes, taking bribes from tax cheats, misappropriating the revenues of state-run entities, raiding private companies, and misusing bank funds. All this activity was aided by corrupt judges and law-enforcement officials, who abdicated their responsibility and let Ukraine become a lawless wasteland.

At the core of Ukraine’s debt issue is the massive theft of state assets over time. The state sold valuable holdings to oligarchs for next to nothing. At the same time, the government amassed large amounts of external debt. Subsidies and tax collection fraud drained government coffers, creating Ukraine’s budget deficit. In addition, the National Bank of Ukraine’s funding of corrupt banks led to inflation, while the failure to enforce property rights suppressed both domestic and foreign investment.

So how can Ukraine’s leaders reduce the oligarchs’ power and resolve the economic crisis which their activities have spawned?

One obvious step is to recover all funds illegitimately pilfered by Yanukovych and his cronies. But that will take a long time. A more effective approach is to legally review all major privatizations that occurred during the Yanukovych regime; those that are found to be corrupt should be put back on the block—raising badly needed revenues and diluting the concentration of power.

Next, officials should review the effectiveness of all key state enterprises and appoint new managers to run them. They should strictly regulate electricity generation and distribution companies where monopolies exist and some should even be broken up through divestiture. Given the pervasive corruption and inefficiencies present in Ukraine’s oil and gas sector, a major restructuring is required. Such measures will help balance the budget while removing significant sectors of the economy from oligarchic control.

Since Ukraine does not have the credit to borrow on capital markets at this time, large industrial enterprises controlled by oligarchic interests should be obliged to subscribe to war bonds and help the state’s finances. In support of the foreign exchange payments crisis, officials should also prevent oligarchic interests from transferring funds to offshore entities.

The Maidan’s Revolution of Dignity has changed Ukraine. Yanukovych, the worst of abusers, has been driven from power, along with his entourage. Many lawmakers truly interested in reform have won election, yet many of the oligarchs who supported the Yanukovych regime, (such as Rinat Akhmetov, Dmytro Firtash and Serhiy Lyovochkin, for example), continue to thrive—abusing their control over state companies and manipulating blocks of deputies in the Verkhovna Rada. Their interests, together with those of regime-affiliated oligarchs (such as Ihor Kolomoyskyi) continue to be protected at the highest levels of government.

Ukraine’s system of corruption infects the country like a virus. The revolution has brought reformers, but they’re under continual attack and they lack proper support from the leadership. It remains to be seen how history will judge Poroshenko and Yatsenyuk.

Image: Forbes ranks Rinat Akhmetov as Ukraine’s richest man. The Maidan’s Revolution of Dignity has changed Ukraine. Former President Viktor Yanukovych, the worst of abusers, has been driven from power, along with his entourage. Many lawmakers truly interested in reform have won election, yet many of the oligarchs who supported the Yanukovych regime, (such as Akhmetov, Dmytro Firtash and Serhiy Lyovochkin, for example), continue to thrive—abusing their control over state companies and manipulating blocks of deputies in the Verkhovna Rada. Credit: Creative Commons/Marco Residori