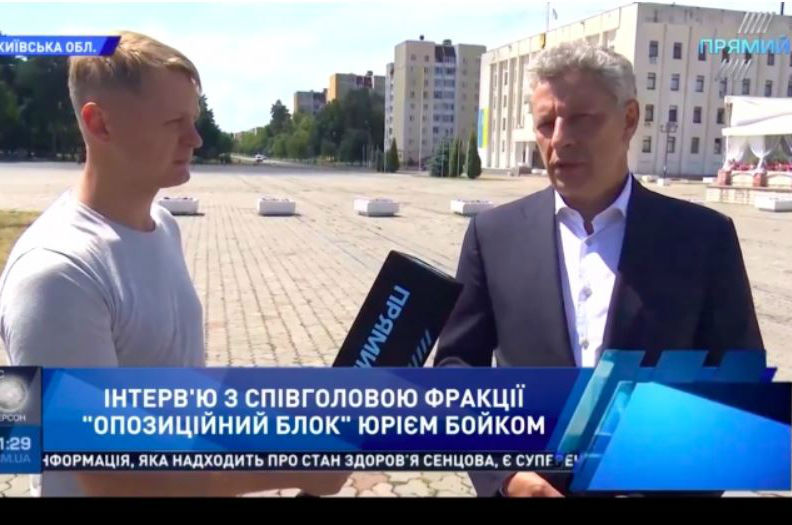 On September 12, the leaders of two key pro-Russian parties made important public statements that should not be overlooked. Sergei Lyovochkin, deputy head of the Opposition Bloc and a former leader in President Viktor Yanukovych’s administration, and Vadym Rabinovich of the For Life political party, both spoke about the “active consolidation” of the two political parties prior to the upcoming presidential election. Both parties are pushing for a normal relationship with the Kremlin.

According to recent polls, Yulia Tymoshenko could expect almost 13 percent among decided voters if the election was held now, while her closest opponent, President Petro Poroshenko, is polling at 8.4 percent. In the meantime, Rabinovich and Yuriy Boyko of the Opposition Bloc are polling at 4.3 percent and 7.1 percent, respectively. Their possible agreement on a single candidate could put their politician in the second round. (No candidate is expected to win outright in the first round in March 2019.)

There are three wings in the negotiation process currently occurring in the pro-Russian camp.

The first is a group composed of Lyovochkin, Boyko, and oligarch Dmytro Firtash. Both Lyovochkin and Firtash were Yanukovych’s close allies and sponsors of the Party of Regions. While Lyovochkin was head of Yanukovych’s presidential administration, Firtash was the head of the gas trade company RosUkrEnergo (RUE), which was dismantled after the 2014 Euromaidan. Since then, Firtash has been under house arrest in Vienna, Austria, due to allegations over his abuses and use of corruption schemes while he owned RUE. The FBI has requested his extradition to the United States by Austrian authorities several times.

The second group includes Rabinovich and Viktor Medvedchuk, chairman of the pro-Russia political organization Ukrainian Choice. Medvedchuk has a personal relationship with Russian President Vladimir Putin and repeatedly emphasizes this connection in his statements. At the end of July, he officially joined Rabinovich’s For Life party; its ratings are currently estimated at 10 percent. To increase those numbers, Medvedchuk’s associates purchased the television station 112-Ukraine this summer, and he became the first guest on its new show, “A Great Interview with a Great Politician.”

The third wing is headed by Rinat Akhmetov, the richest Ukrainian oligarch, who still has control over most members of the Opposition Bloc (OB) party, which currently has forty-three members in parliament. Many of them joined OB after the collapse of the Party of Regions led by Yanukovych.

According Vitalii Kulyk, a local political expert, most lawmakers who are loyal to Akhmetov learned about the possible alliance between their party and For Life from the news. According to this view, Akhmetov doesn’t want to share influence with the other two groups. As a result, there is a high probability that Akhmetov may either abandon OB, sending his financial resources to other political projects, or may simply freeze the situation by delaying the negotiation process.

If the confrontation becomes more intense, it may lead to the disintegration of OB altogether. As a result, all of these factors could significantly increase competition among pro-Russian political forces during the upcoming elections.
The stakes increase if a pro-Russian candidate makes the second round of the presidential election; that could help his or her party in the parliamentary elections next fall. This may lead to the organization of a new coalition with a pro-Russian orientation in the next parliament. It’s safe to assume that today, the Kremlin is considering exactly such a scenario, hoping to get its revenge in 2019. As a result, Moscow is actively pushing for unity among the three groups.

On the other hand, each of the presidential candidates, including Tymoshenko and Poroshenko, is interested in having a pro-Russian candidate in the second round, as he or she may simply be defeated by any pro-Western opponent.

Ukraine’s recent history could repeat itself. In 2006, two-and-a-half years after the Orange Revolution, the Party of Regions came back into power, receiving 32 percent of the vote. Such success helped the party organize a new coalition in the parliament, bringing Yanukovych back to office. He was appointed prime minister the following year, and in early 2010, he was elected president.

Given the current economic difficulties, the ongoing war in the Donbas, the lack of unity among pro-Western presidential candidates, and pressure from the Kremlin and its potential meddling in Ukraine’s upcoming elections, there is a serious threat that pro-Russian forces will get their revenge next year—without firing a single shot.

Mykola Vorobiov is a Ukrainian journalist. He previously served as an Austrian Marshall Plan Fellow at Johns Hopkins University SAIS in Washington, DC.