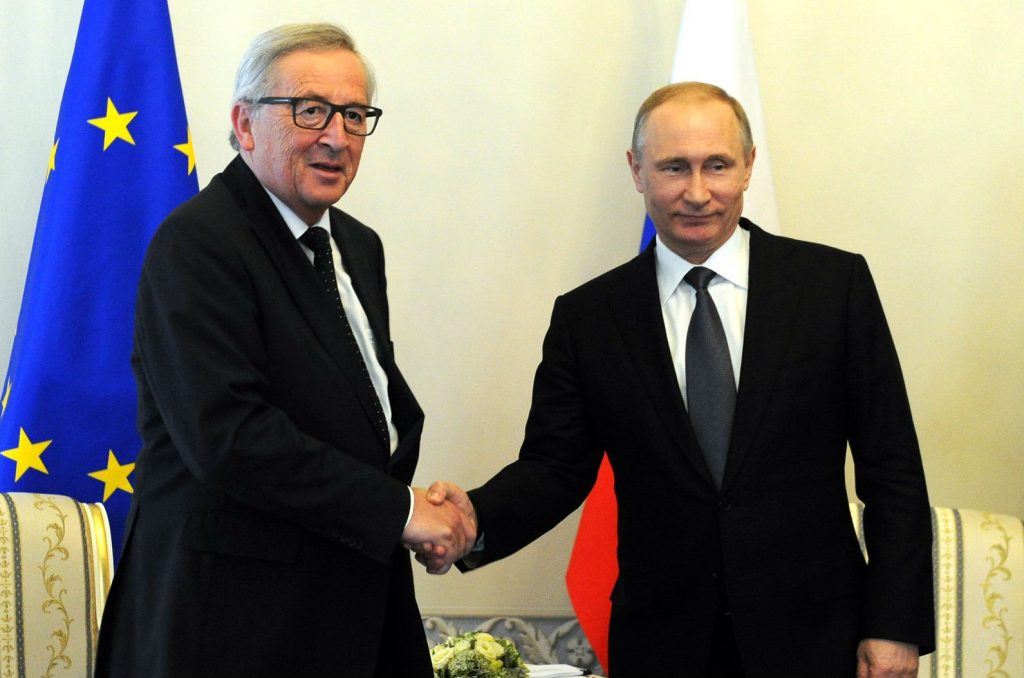 Russia’s efforts to spread disinformation in other countries as part of a hybrid war against the West sometimes make us forget that the media networks inside Russia also greatly matter. Even though Russia’s domestic media targets the Russian-speaking population, its narratives and portrayals of the international scene can tell us a lot about Russia’s foreign policy.

Uncovering the roles that European politicians play in the Russian media can help us understand who has the biggest influence in Russia, what it takes to get space in news articles, and who is perceived by Russians as real representatives of European politics worthy of dealing with the Russian president.

The following research, analyzing over fifty-nine million Russian-language articles from over two thousand sources published between January 2014 to May 2016, attempted exactly that. The results suggest that European politicians need to follow three simple steps in order to gain the Russian media’s attention.

1. Elected country leaders get attention; organizations not so much

The leaders of the biggest European states, German Chancellor Angela Merkel, French President François Hollande, and British ex-Prime Minister David Cameron, are mentioned significantly more often than any representative of Europe’s international organizations in the Russian-speaking media. If you want to be taken seriously in Russia, being appointed to a high position in the EU or NATO will probably not help very much.

Nevertheless, it is notable that the leaders of European institutions seem to have well-coordinated agendas. Typically, they mostly focus on Ukraine and the crisis there when in contact with Russian-speaking media; that is in contrast with heads of state, who pursue a much broader range of topics.

2. Unless you are Angela Merkel, think twice before criticizing Russia

Merkel can be firm when it comes to Russian behavior, but nonetheless, nobody can compete with the German chancellor when it comes to references in the Russian-speaking media. She is the most visible European representative, very often mentioned in connection with the Ukraine conflict, Russian President Vladimir Putin, and the topic of extreme right movements. Hollande gets barely half the attention.

But who is portrayed in the most positive manner? The results are predictable. The Russian-speaking media’s favorite politicians seem to be Italian Prime Minister Matteo Renzi and Czech President Miloš Zeman. He, together with Slovakian Prime Minister Robert Fico and Hungarian President Viktor Orbán—similar proponents of the Kremlin’s views and critics of sanctions—are strongly overrepresented in the Russian media in proportion to their population.

Graph: Representation of European leaders in Russian-speaking media with respect to the population they represent

3. Make sure to pay Russia a visit while keeping the Americans at bay

When the five-hour negotiation between Putin, Merkel, and Hollande about Ukraine’s fate took place in Moscow in February 2015, it provided the peak number of mentions of European politicians in Russian-speaking media.

Zeman, who basically translates Russian stances into Czech and promotes them in Czech society, reached his highest number of references when he said that the US Ambassador in Prague, Andrew Schapiro, has closed the doors to his residence. This happened after the ambassador attempted to discourage Zeman from visiting Moscow. State visits are taken seriously in Russia and it is difficult to say whether politicians get to visit Moscow because they are already respected by the Russian media, or the other way around. The important thing here is that the significance of such visits cannot be underestimated, as Russian-speaking media have their own ways of taking advantage of those events.

These results shine a light on important realities that should not be ignored by Western politicians, who should know how they are portrayed by the Russian propaganda machine in order to understand how their positions are perceived in Russia.

Their actions toward Russia can have unexpected consequences. Any visit or attendance at an event organized by Russia, or sign of appeasement, is often portrayed as a decision to legitimize Putin’s regime and his foreign policy. This is what happened during Juncker’s visit to Moscow in June 2016, or basically any other meeting when Western leaders travelled to the Kremlin.

The full analysis can be found here.