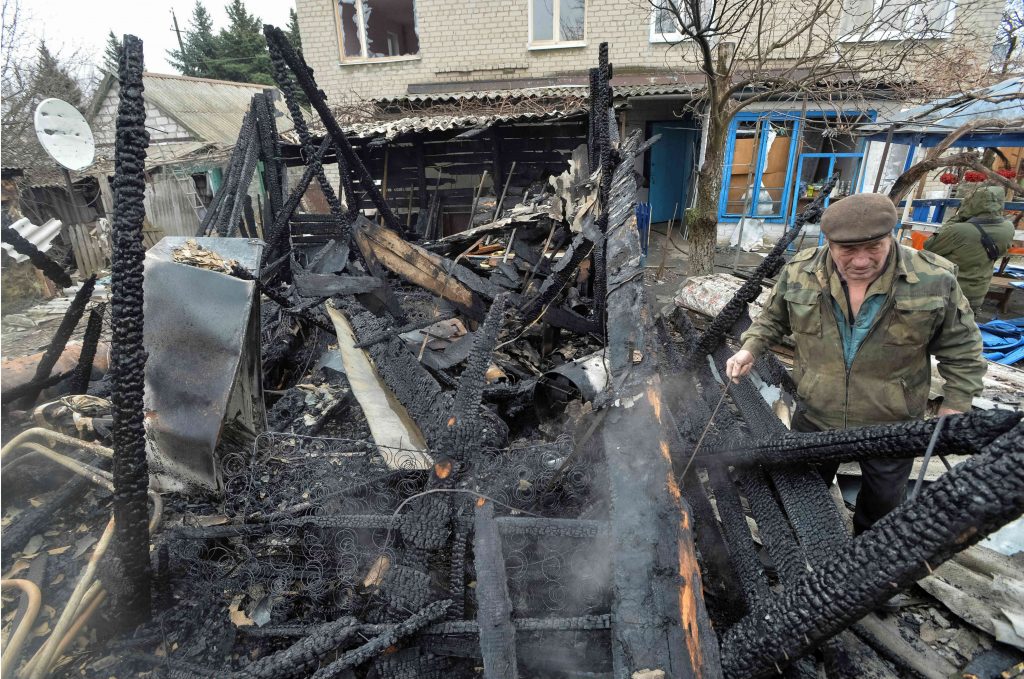 Last month Vladimir Putin reopened the door to the creation of a peacekeeping force in Eastern Ukraine. Deploying such a force, if done properly, could bring peace to a conflict that has dragged on for nearly four years. Without it, the conflict could return to a boil, jeopardizing Ukraine’s stability and destroying any basis for reducing tensions between Russia and the West.

This is not the first time Putin has suggested a peacekeeping force. His original proposal in September was insufficient; the force would have been confined to the line of contact separating Ukraine from the occupied territories and limited to protecting the unarmed monitors of the Organization for Security and Cooperation in Europe. Most experts view the proposal as largely a public-relations exercise. As written, the force would more likely freeze the conflict than end it.

Skepticism about Putin’s intentions is justified. The Russians have been disingenuous about everything they have been doing to destabilize Ukraine since 2013, including denying the fact that Russian troops in the Donbas command and control the so-called separatist forces.

Putin may see prolonging the status quo in the Donbas—with persistent ceasefire violations and low-level violence provoked mostly by Russian-led forces—as the safest option for now, with the Russian presidential election approaching in March and renewed turmoil in Kyiv. After all, occupying the Donbas is a means to an end: destabilizing Ukraine and undermining its chances for a European future. Although Russia has other forms of leverage it can use against Ukraine, keeping the conflict going while Ukrainians fight among themselves may be the easiest choice in the short term.

Putin’s calculus may change after the election, however, as the financial and political costs of the occupation continue to rise. Increased Western pressure, including the threat of additional sanctions and the delivery of new lethal weapons to Ukraine, could convince Putin that time is not on Russia’s side and that he should give back the Donbas. In that event, a robust UN peacekeeping force will be essential.

A robust mandate does not mean peace enforcement. Peace depends on Russian agreement to implement the Minsk agreements, which call for the restoration of Ukrainian sovereignty over the entire Donbas, including the international border, and set key political and military milestones toward these ends. But Minsk lacks the implementation mechanisms needed to ensure a smooth and orderly transition back to Ukrainian sovereignty, with safety for the population on both sides. That’s where a UN peacekeeping force comes into play.

With the entry of a robust peacekeeping force, Russia could withdraw its thousands of officers and soldiers who are operating in Donbas without insignias, disband the illegal militias of the two self-declared republics, and remove Moscow’s massive arsenal of heavy weapons. Once in place along the international border, the peacekeeping force would ensure that Russian forces and weapons were no longer able to enter the Donbas with impunity.

The peacekeeping force should ideally comprise both military and police forces with the capacity to maintain security along the line of contact and the international border, establish public order across the Donbas, and deal with “spoilers” on either side. By postponing the entry of Ukrainian armed forces and police until the end of a transition period, the peacekeeping force would respond to Putin’s oft-repeated concern about “reprisals” against the local population, however exaggerated that concern may be.

The arrival of UN peacekeepers would encourage internally displaced persons to return to their homes in the Donbas and the restoration of industrial and agricultural production. A separate international initiative for the reconstruction of the Donbas—possibly led by the European Union—will be needed to jumpstart the economy. The peacekeeping force could carry out demining as an early priority in the reconstruction effort.

Establishing an interim civilian administration, as has been the case in previous UN operations, is also important. The administration would restore competent governance and criminal justice following the disbandment of the self-declared people’s republics. This could allow a more gradual return of Ukrainian political and judicial institutions, which may not be immediately welcome.

Creating secure conditions to hold elections is pivotal. Internationally-certified elections would unlock other aspects of Minsk, including implementation of the law on special status for the Donbas and amnesty, and open the way for Ukraine to reestablish control over the international border. Having a peacekeeping force and international administration in place for several months prior to elections could create the stability needed for campaigning and voting to occur in an atmosphere free of intimidation. Reestablishing access for Ukrainian political parties, NGOs, and news media are essential preconditions for free and fair elections.

The peacekeeping force will need to deploy rapidly in order to take the place of Russian and Russian-led forces and minimize the period in which the peacekeepers and the illegal militias would operate alongside each other. Rapid deployment is not the UN’s forte, however. For this reason, there may be advantages to delegating execution of the UN mandate to a multinational coalition of the willing, under the political direction of a strong special representative of the secretary general, who would report to the UN Security Council.

Troop-contributing nations could include non-NATO European countries (such as Austria, Finland, Sweden, Switzerland), a few CIS countries acceptable to Ukraine and Russia (such as Armenia and Kazakhstan), along with militarily capable countries from outside Europe.

Other questions that would need to be considered include the size of the force (estimates range from 20,000 to 50,000), the relationship between the peacekeeping force and the OSCE Special Monitoring Mission, and the duration of the operation. Especially tricky will be how to deal with the “local militias” that can be maintained under Minsk even after the restoration of Ukrainian sovereignty.

Experts usually focus on how to convince Putin to implement Minsk, but we shouldn’t underestimate the difficulty of getting the Ukrainians to deliver. The Minsk agreements have become increasingly unpopular among Ukrainian elites. Critics rightfully claim that the terms were imposed on Ukraine. They argue that, even if Russia withdrew and the agreements were fully implemented, the reintegrated Donbas would serve as a destabilizing “Trojan Horse.” Moreover, they suspect Russia would use ambiguities in the UN mandate to suspend implementation before full Ukrainian sovereignty had been restored—turning the Donbas into a UN-enforced frozen conflict, similar to what happened in the occupied regions of Georgia in the 1990s. Some suspect that is Putin’s real objective, and they may be right.

In sum, there are many challenges in defining the mandate for a UN peacekeeping force in the Donbas and ensuring it succeeds. It would still leave unresolved Russia’s illegal annexation and occupation of Crimea, which the West should never recognize. But full implementation of the Minsk agreements is the only way to begin the process of restoring Ukrainian sovereignty and territorial integrity, and would be a first step toward rebuilding the European rules-based order. It should be one of our highest priorities in 2018.

Alexander Vershbow is a distinguished fellow at the Atlantic Council’s Brent Scowcroft Center on International Security. Vershbow was the Deputy Secretary General of NATO from 2012 to 2016 and is a former Assistant Secretary of Defense and US Ambassador to Russia and NATO. He tweets @ARVershbow.

Image: A man reacts as he removes debris in front of his house, which was damaged by recent shelling, in the government-held village of Novoluhanske, Ukraine, December 19, 2017. REUTERS/Oleksandr Klymenko