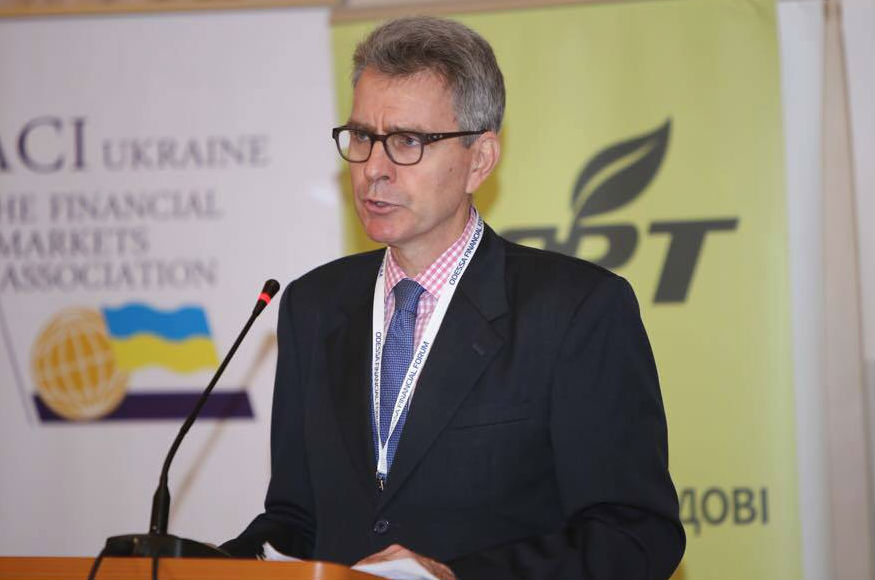 We all agree: The greatest threat facing Ukraine, after its war with Russia, is corruption. But few agree how to do so, though it should not be that difficult.

In 1998, Ukraine’s main gas importer, Ihor Bakai, stated that “all rich people in Ukraine made their money on Russian gas.” The technique was simple. A Ukrainian trader would receive monopoly rights to buy cheap gas from Russia’s Gazprom—often financed with Russian credits—then sell it at a much higher price in Ukraine. In return, that trader was supposed to buy Ukraine’s rulers to the Kremlin’s benefit. After Ukraine’s 2004 Orange Revolution, Bakai fled to Russia, but that trade continued.

In 2013, energy subsidies cost Ukraine 8 percent of its GDP. But with the stroke of a pen, the Ukrainian government can abolish this key source of corruption by unifying all energy prices. Kyiv took care of two-thirds of that on April 1, 2015. The government should finish the job by April 1, 2016.

State-owned enterprises that have not yet been privatized constitute another source of corruption. Ukraine’s 1,833 state companies generate no profits—but instead huge losses—for the Ukrainian government. The national budget would benefit if the state would just give these companies away, because they allow powerful people to “sit on the pipe.” Such operators tap into the revenues of state enterprises via transfer pricing and procurement through their personal trading companies. Ukraine ought to sell off poor, unprofitable companies as soon as possible through open auctions with a minimum of conditions. Yet, dozens of energy and infrastructure companies are actually valuable and should be nurtured through improved corporate governance.

A small number of “gray cardinals” in parliament control these valuable state companies. Each party has one or two such gray cardinals, whose task is to collect money to finance expensive party election campaigns and pay the underpaid parliamentarians. These secretive men are now being exposed, which will likely lead to their sacking from parliament. New laws are supposed to limit political parties to public financing only, while forcing lawmakers to reveal their true wealth and income.

Yet the ultimate problem is Ukraine’s pervasively corrupt law enforcement. Ukraine has 18,000 prosecutors and 10,000 judges—all but a few of them are likely to be corrupt. The former KGB, now known as the Security Services of Ukraine, has 4,000 officers supposed to be fighting corruption, but instead they appear to thrive on it.

On September 24, US Ambassador to Ukraine Geoffrey Pyatt complained in Odesa about the failure “of the Prosecutor General of Ukraine to successful fight internal corruption. Rather than supporting Ukraine’s reform and working to root out corruption, corrupt actors within the Prosecutor General’s office are making things worse by openly and aggressively undermining reform.”

All these prosecutors, judges, and SBU officers should be sacked. This is what successful reformers like Estonia and East Germany did. Their number is also excessive. By international comparison, one quarter would be enough. Then the salaries of the new officers could be quadrupled without any additional cost.

Ukrainians understand the scope of the problem. In September 2014, the Ukrainian parliament adopted a lustration law, but the West opposes this approach, complaining about collective justice and ignoring lessons from the European Union. Tellingly, their main allies in Ukraine are incumbent judges and prosecutors.

Instead of lustration, Western governments have pushed hard for the creation of three anti-corruption bodies, none of which is likely to gain any strength or even size. In relatively law-abiding Latvia, the corresponding body has tried to prosecute that country’s main oligarch since 2006 without success. If it has failed in Latvia, it cannot possibly work in far more corrupt Ukraine.

The ultimate joke is the new traffic police. Tourists like taking selfies with the new recruits, one-third of whom are women. Some 2,000 started at the bottom of the pyramid in a hierarchy of 152,000 police officers; within two months, 28 of them had resigned.

Serious reform must start from the top. Corruption has to be fought by doing away with price discrepancies, unacceptable state subsidies, harmful red tape, and corrupt political financing. Ukraine’s law enforcement needs to be properly cleansed, lustrated and purged, and repopulated with new professionals. Brussels should look at the success of some of the EU’s newest member states rather than trying to reinvent the wheel.

Anders Åslund is a Senior Fellow at the Atlantic Council and author of the book “Ukraine: What Went Wrong and How to Fix It.”

Image: On September 24, US Ambassador to Ukraine Geoffrey Pyatt complained in Odesa about the failure "of the Prosecutor General of Ukraine to successful fight internal corruption. Rather than supporting Ukraine's reform and working to root out corruption, corrupt actors within the Prosecutor General's office are making things worse by openly and aggressively undermining reform." Credit: US Embassy Kyiv Ukraine Facebook