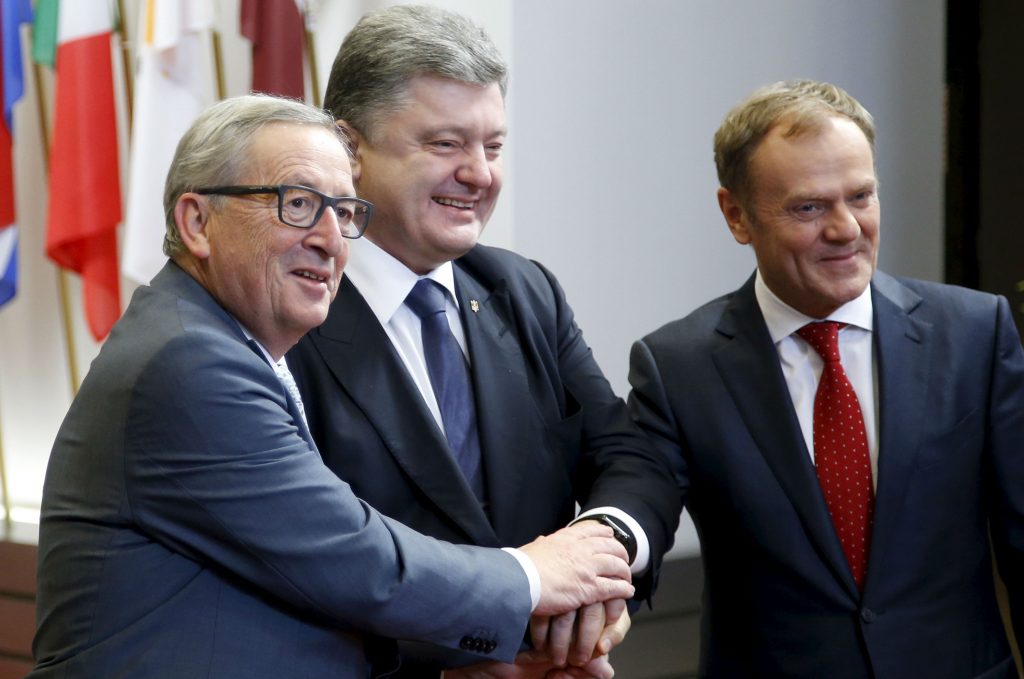 Three former US Ambassadors to Ukraine recently wrote an op-ed article in the New York Times (“Investing in Ukraine’s Future,” December 30, 2015) that called for an increase in Western financial assistance to Ukraine and argued that the country is now “teetering on the brink.” I strongly support their willingness to stay firm against a Russia that “violates Europe’s security architecture,” but propose a completely different agenda for dealing with Ukraine in the coming years.

To provide Kyiv with additional money may seem like a great idea, especially when one compares the proposed funding levels with Europe’s expenditures on the Greek bailout or America’s on the war with ISIS. But increased funding is unlikely to change the course of events for at least two reasons.

First, it is not Ukraine’s current economic condition that is keeping it from growing, but an unwillingness of private companies to invest in it because of flourishing corruption and incredible bureaucratic regulations—neither of which has decreased in recent years.

Second, the ongoing conflict in eastern Ukraine is becoming permanent as the Minsk Agreements have been extended into 2016. The government in Kyiv has a perfect excuse for doing nothing in the economic sphere simply because Ukraine, as a country at war, should be supported rather than reformed.

Therefore, an alternative plan should be based not on financial but on political pillars, and must include a complete rethinking of the very foundations of crisis resolution in Ukraine.

First, the Ukrainian government should admit that the reintegration of the Donbas into Ukraine would be costly, unlikely, and counterproductive. There is the only way to end this conflict, and it consists of recognizing the results of the so-called referendums of May 11, 2014, and in proclaiming new borders of Ukraine that don’t include the already occupied Crimea and Donbas. This will grant the “People’s Republics,” with their ruined economies and criminal juntas, to Russia, turning them into President Vladimir Putin’s extremely costly but useless toys.

With the war ended, Ukraine would be able to concentrate exclusively on economic issues. Making the Donbas entirely Moscow’s headache could mark the beginning of a new Ukraine—and to let Russia take on all of the mess it created in the eastern part of the country may be the best possible solution for the West.

Second, the European Union should publicly declare Ukraine on track to become a full member, perhaps by 2025 or 2030, and should announce the start of accession negotiations with a first goal of granting candidate country status to Ukraine by 2020.

Poland, admitted to the EU in 2004, received candidate country status in 1998—and in the six years between those events, it attracted $52 billion in foreign private investment. If Ukraine receives firm guarantees of its EU future, it may also attract serious investment—with a major part coming from Russia. Capital flight from Russia has exceeded $270 billion over the last three years, and even if only 10-20 percent parks in Ukraine, the country’s problems could be solved.

It’s not a joke. These days, Russian businessmen are being squeezed out of their own country, and many remember well the business atmosphere of the 1990s, which was very similar to what is now going on in Ukraine. Cheap Ukrainian assets combined with the possibility of owning an EU company and securing EU passports for themselves and their children may well motivate self-made Russian entrepreneurs to move to Ukraine. And this will become another step in building a modern European Ukraine.

The main task today is to establish conditions that might end all of Kyiv’s excuses for not concentrating on managing its economy, fighting corruption, and installing a modern system of governance. The West must support Ukraine not with money (which might be stolen, even by its current rulers, or used without any real results), but with an institutional framework that allows the country to attract new private investment—that is, that puts the government to work not on spending funds, but on earning them.

Moreover, all of this should be done at Russia’s expense. The termination of the war should place the burden of funding the People’s Republics entirely on Moscow, and providing guarantees of Ukraine’s European path should make Kyiv the best destination for Russian private capital exiting Putin’s country. Both measures suit Western interests—certainly more than simply pumping taxpayers’ money into the pockets of Kyiv’s officials without any guarantees of success.

Vladislav Inozemtsev is a Senior Visiting Fellow with the Center for Strategic and International Studies in Washington, DC, and is a professor at the Higher School of Economics in Moscow.